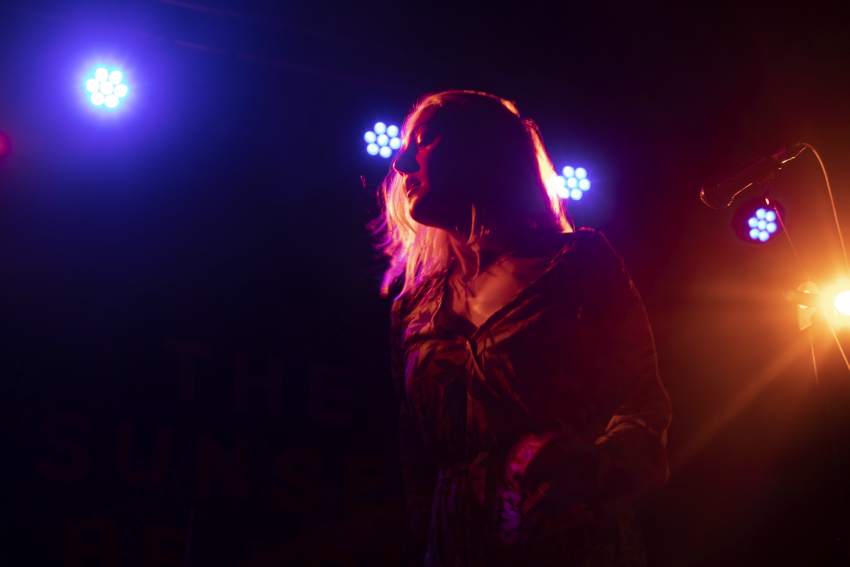 Indie-pop band The Sunset Beach Hut has been rapidly gaining attention on the Birmingham gigging circuit. Taking influence from the likes of Two Door Cinema Club, The Japanese House, Bombay BicycleClub and Fickle Friends, they have combined their efforts into creating something new. With funky bass lines, prominent guitar hooks, and pop-inspired vocals.

They are starting to win the hearts of the Midlanders and look forward to taking their music elsewhere.

See our exclusive interview with them below:

Matty and Ben have been writing and playing music together since they were 14/15. Matty recorded his first song with garage band on an old mac using a USB Wii singstar mic to record everything, including drums vocals and guitar in his garage (it’s apparently still up on Youtube if you know where to look). I started writing and performing when I joined my local music group at 12. When I was 14/15 I was in an acoustic pop covers group, but my first proper entry was when I met Matty and Ben at 17 and we were in this pop-punk -esque band.

There are a few different ways that our songs come together. Usually Matty and Ben sit down and record the basics of a song. Matty will start with bass and drums then Ben will write his guitar parts by improvising over the top of it. Once they are happy with it they send it over to me. Usually I start by recording a melody I think works and then try and fit lyrics in over the top either off the top of my head or stuff that I’ve written recently.

We do a lot of mileage in this band. I currently live in Cardiff, Matty and Ben live in Shrewsbury and Luke lives in Birmingham. So we all spend a lot of time in the car on the way to practice and to gigs. This gives us a lot of time to listen to different songs and come up with ideas. I know Matty and I both make a lot of voice memos of stuff we’ve come up with while heading along the road.

I wish that there were more women in the scene and that they were more supportive of each other. I think we have so much to offer the world and each other. There are so many guys on this scene and we need to realise that we aren’t competing with each other, we all add something different and we should learn to appreciate that more.

I think we definitely prefer performing. The reason we write is to share it. We want it to resonate with people, and whilst we love creating music there are times when it can get really stressful. Especially when everyone has their own idea of what they want a song to sound like, but I think in the end it makes the end result so special because you’ve worked so hard to get there.

Last January we played a show at O2 Academy 3 and we decided to play an acoustic version of our first single ‘Comfort’ and everyone started singing it back at us. It was the best way to start the new year with a really intimate gig filled with all the friends we’ve managed to make through doing this. It was also Luke’s first ever gig with us, which makes it extra special for him!

I know the new Bombay album has been a big one for us here’s some of the other stuff we’ve been listening to:

Matty, Ben and I all have playlists on our Spotify profile that you can check out! I try to keep mine as up to date as possible.

Our next single ‘twenty//25\five’ is out on the 6th March followed by our International Women’s Day show at The Sunflower Lounge on the 8th. We’ve also got a few more songs that we want to release this year whilst trying to fit in as many shows as possible.

“11am is surely not too early for practice”