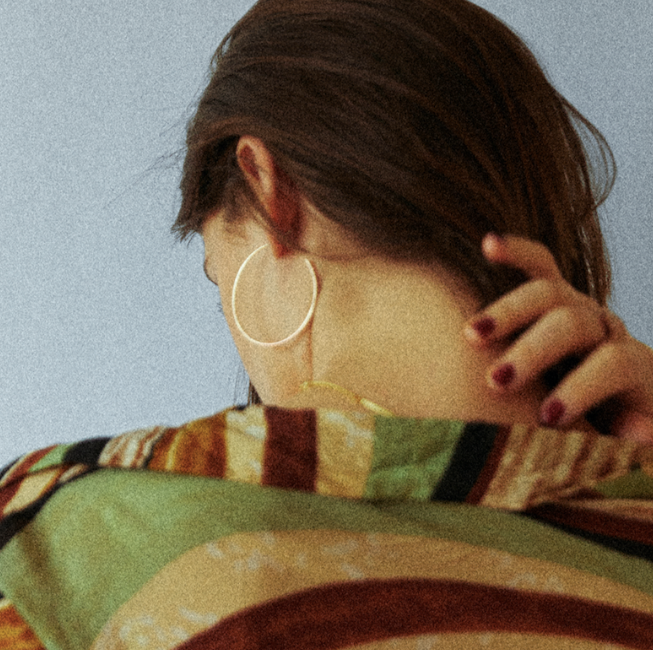 Building off the success of her self-titled debut album, LÉON delivers her second single of the year ‘Who You Lovin’- a contemporary track that evokes elements of the 70’s mixed with her signature sad girl indie vibe. With a more assertive sound, LÉON gets candid about feeling haunted by a lost relationship and unapologetically wondering who they are lovin’. It’s the type of heart break hit you’ll keep on repeat after a breakup, right before the glow up.

“‘Who You Lovin’ is a song that I wrote a while back ago with my close friend and producer, Martin Stilling,” LÉON explains of how the song came about. “I recall feeling kind of frustrated over a certain situation when we wrote it and that the lyrics came out right away, pretty much. It was as if i felt a mixture of being mad and really tired of someone, but also a strong need to be seen and feeling wanted at the same time. So all of those emotions ended up in this song. It feels like I’ve waited for the right moment to release ‘Who You Lovin’ so i’m really happy that I get to share it with everybody now. I hope people will like it.”

Since releasing her career debut single in 2015, LÉON has consistently delivered with every release, demonstrates her knack for crafting emotive, tender, and unforgettable pop songs. The songstress has amassed over 440 million total global streams and is a regular critic’s favourite in the press, racking up praise from the likes of Vogue, Glamour, In-Style, The Fader, and more. In addition to making her late-night television debut on The Late Late Show with James Corden, she has sold out many headline shows worldwide and performed at U.S. festival staples including Coachella, Bonnaroo, and Lollapalooza.

One reply on “Singer LÉON releases new song ‘Who You Lovin’”

I think the last time we visited a zoo was in Australia back in 2004. That was a great place to see native Australian animals that we would likely not have seen otherwise. Tracy Padraig Arette