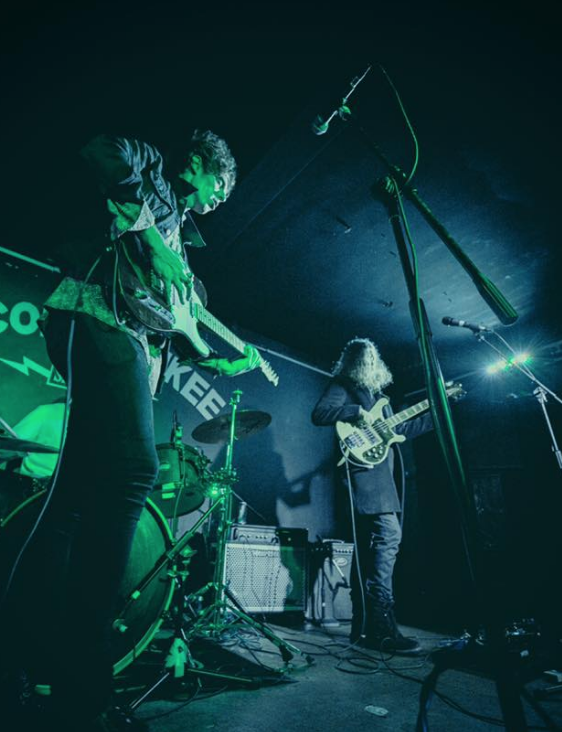 The reason for this is, among other things, their loud, exciting live shows, which also brought them attention from some labels, including that of The Libertines drummer Gary Powell, 25 Hour Convenience Store.

See our exclusive interview with the band

How has your musical background helped shape your sound?

Listening to records that my dad played around the house growing up has inevitably seeped into my subconscious, although sounding unfamiliar at that time once I came of age and started making my own music I instantly knew that I wanted to explore different sounds. We’d liken ourselves to early Cure and Echo and the Bunnymen’s pop sensibilities.

Often it can start with a hook or a melody on any of the instruments, then the lyrics and structure are something we work on overtime until we’ve fleshed out the track to a place we are all happy with.
What are or were some of the challenges for you in producing or performing while keeping true to your vision of your music.

I think it’s hard to complete your creative vision on the end product exactly how you wish. There are so many avenues to explore that it’s difficult to let songs go or to not want to make improvements to live sets and constantly develop tracks.

If you mean in terms of new bands we think the Pale White are fantastic also October Drift have a top new album out! A more under the radar discovery we have made is a song by Dream Ceremony called ‘Hearts on Fire’ which is great, definitely check that out.

It changes from time to time, we love being in the studio, and the creative process involved in writing but there’s nothing like connecting to an audience especially when it resonates with people and makes a connection.

We did once have a fan that travelled across to all our UK dates which seemed crazy at the time as we had just started but they were dead nice.

It’s definitely something we’ve got more involved with over time you almost have to embrace it in today’s culture of social media, in a way I guess it’s positive, we’ve been able to connect with people all over the world from our recent tour which normally you’d never get the chance to converse with.

When we went on our recent European tour with The Libertines meeting fans in Germany and France was pretty surreal I guess you write in a confined space of four close people and when that translates to other countries it’s surprising in the best possible way!

They’ll be a new single we’ve just recorded with Gary Powell that we’re really excited about that will be out in April/May time, then possibly an album.. we’ll keep you posted.

Listen to us and help spread the word, we hope to see you at a show in the near future!