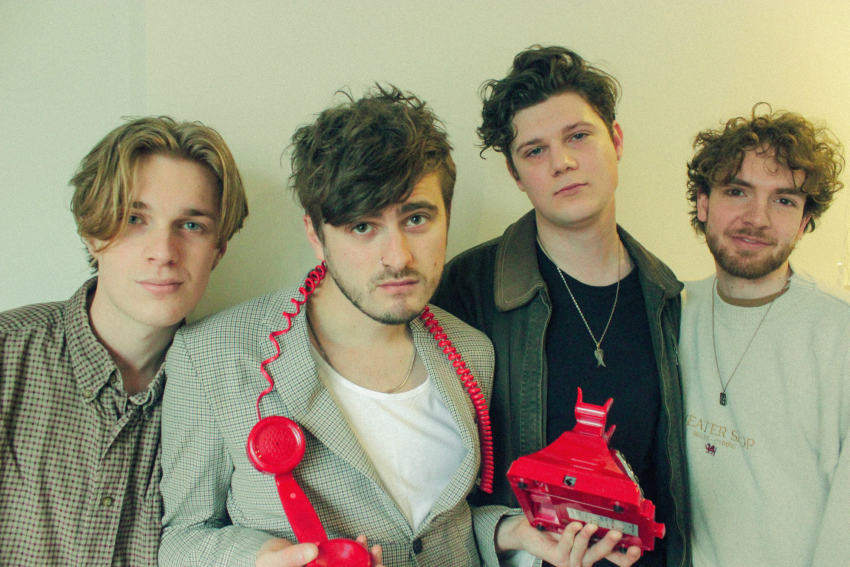 Brighton based Indie quartet Belles have had a fast start since forming in Early 2018. They make music that is both nostalgic and current, focusing on catchy choruses and powerful drops.

Having already received acclaim from the likes of BBC Introducing and Indie Central Music, Belles are undoubtedly proving their talent with anthemic melodies that combine their indie roots with pop sensibilities.

How has your musical background helped shape your sound?

We all come from families that are into/at least enjoy music, so our parent’s musical tastes have naturally had an impact on some of the music that we listen to. We’ve all also been playing in bands since we’ve been physically able too, and we think having such a long background in live music definitely affects our sound.

We like to write together fundamentally. Often one of the lads will have an idea and bring it into a room, or produce a rough demo for us to listen to and then we go from there really. When writing a song we’ll make sure to pay close attention to rhythm and when not to play. We think this is a really good way of making music sound interesting and is a bit of a signature of our sound.

With some of our songs, we layered quite a lot of synth parts. Performing this live without hiring a keyboard player (we’d have to feed them/they take up a lot of space and we’ve only ever had tiny cars) was always a problem initially. We addressed this however by using backing tracks and having Alex play along to a click.

Three bands we think the world should know better are Marsicans, Palace and Bellevue Days

As much as we love the process of creating new music, performing live is the big one for us. There’s genuinely no feeling like engaging with a room full of brand new faces through music. Once we’ve finished a track we can’t wait to share it with the world, face to face.

Turning up to show to play and realising the venue was the back of a truck in a field was a pretty strange one. Great fun though! We’ve also had certain members of the band (who will remain anonymous) Veet their legs before going on stage because it was a really hot day.

Absolutely not, there’s something amazing about being able to reach out to people that wouldn’t have been able to access it so easily in years past. We really enjoy how informal Twitter is, and how eager to engage with new bands that a lot of its user-base is.

The novelty of hearing people sing back our lyrics to us will never wear off. It’s genuinely one of the best feelings in the world.

We have a release coming on the 13th of March, with a music video to follow. We’re pairing these with a run of headline shows including stops in Southampton, London and Brighton.
Tickets for London and Brighton are still on sale and dates/ticket information is available on all our pages ✌🏼

It’ll be alright on the night.