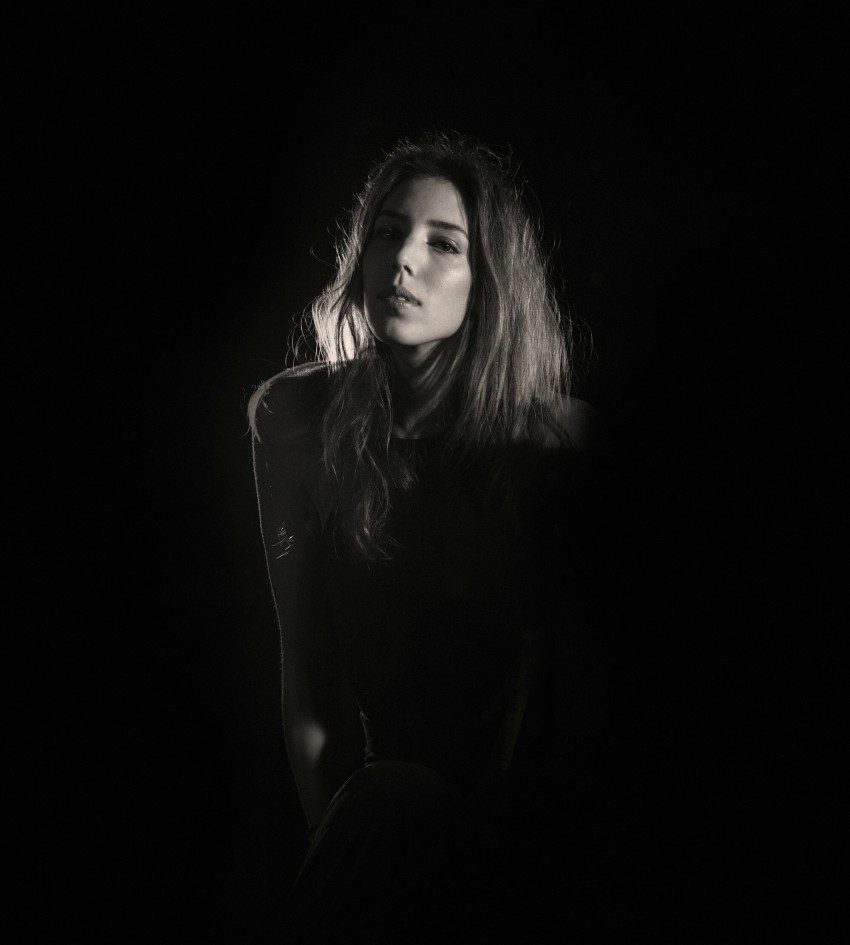 South African born singer Claudia Jonas, with moving to Sweden she had been influenced by different cultures and languages she started to create her own music at the age of seven.

She is currently writing music for a vast variety of genres and assignments, while also performing live. She has been involved in many different projects over the last years and has always strived for experiences that intertwine various musical cultures and expressions.


How has your musical background helped shaped your sound?

In my early years my family moved to Sweden from South Africa, which was a big cultural change for me. With two different mother tongues and Swedish as a third language, music became my most important means of expression. I initially started creating music at the age of seven. At the age of twelve I started recording in our home studio that my father and uncle built for my sister and I.

I always had a really clear image of how I wanted my music to sound and what I wanted to express. As I started university at The Royal College of Music in Stockholm in 2011, that vision changed somewhat. I realized I was being influenced by my growing knowledge of the technical side of music, as well as teachers- the “do’s and don’ts”, or “rules of music”.

I then took an active decision to not let myself be too influenced by outer influences and have ever since. It is normal to evolve and inevitable to be influenced, and that is growing, but it is also important I think to be aware of the choices one makes while creating music and stay true to oneself.

It often starts with a melody that comes to mind in my sleep, on a plane or during work. I then record myself singing it on my phone and will start working on it within the next few days on the piano. I have sometimes composed while trying out a new instrument, where the sound inspires me to a melody.

Most of the time an event will inspire the creation of a song. In this case ‘Best Thing’ was inspired by my constant travelling back and forth to London to be with my love. My next song coming out was inspired by a particularly unfriendly character I came across one day near my house…ironically it later became one of my favourite songs!

After putting the song together on the piano, I generally move into the studio where I start producing and I see where that takes me.

To be honest I don’t really struggle with keeping true to my vision of a song. Usually I know exactly what I’m looking for in my music. If I struggle making that happen in the studio in the production phase, I then will turn to one of my producer friends that I know will get it right.

That is a tough question as I think there are so many amazing artists out there.
Definitely my sister Julia Jonas though, I think her music is absolutely fantastic and extremely inspiring.

I am a huge fan of Susanne Sundfør, she has one of the most beautiful voices I know of and creates unique and magical music.

I’ve always had a soft spot for Dido, her music to me is nostalgic, dreamy and always makes me feel good.

I love both for different reasons but I do prefer performing to an audience. The exchange one has with the audience and the fact that what is happening is happening right there and then, involving so many people, that is just the best feeling.

Not hugely weird, but I did have a surprising encounter at one of my gigs… We were approached and thanked by a really friendly guy who’d been sitting in front of us during the gig. After exchanging a few friendly words we realized it was Björn Borg. That to me was really fun and exciting as I’m a big fan of tennis and grew up while he was at the forefront of the sport. He was lovely and left us quite a tip!

I have never been a social media person and really struggle keeping up with it. I literally hate it and actually hardly ever use it. I love being in my world, in the present with the people around me there and then. I love telling a story in person and I hate posting things about myself. That’s why I think live performances are great, a moment where you really are present and you are sharing that moment with hundreds or thousands of other people.

I wrote this song a while back and one of my best friends had the demo on one of her playlists. When I recently sent the new version to her, she told me that re-listening to the song brought up so many special memories from that period of time… Her praise made me so happy, having written a song that could create such strong feelings in somebody.

I have created a lot of new music and can’t wait to get it out there! So definitely more songs on the way!

I am so grateful to all the support I have received so far and to have been given the opportunities to do what I love most in the world, making music.