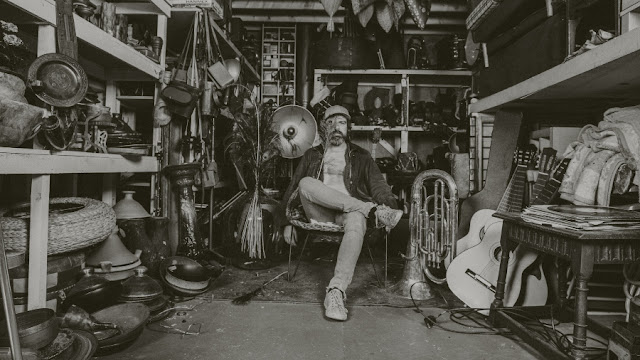 Drew Makes Noise has just released his new single that feels like sunshine on the ears, titled ‘Satellite’. The track was released via One Inch Punch. During his time performing with the Ed Zealous band, Drew Makes Noise would support acts such as Snow Patrol, Two Door Cinema Club, and Maximo Park. The band has received features in CLASH Magazine, as well as air play by Phil Taggart for BBC Radio 1. They have performed at the acclaimed Glastonbury Festival. Now as a solo artist, Drew Makes Noise has been supported by Gemma Bradley and Aine Cronin-MCartney for BBC ATL Introducing.

Drew Makes Noise’s sound is a fusion of neo-pop crossing over with psychedelic pop. He finds inspiration in a combination of 80’s and 90’s to the current sounds of today. These acts include Wolf Parade, Polyphonic Spree, John Grant, Mercury Rev, and Tame Impala. ‘Satellite’ captures Drew Makes Noise impressive creative ability as a musician, combining all of his musical influences that result in a fusion of summer euphoria.

Drew Makes Noise speaks about the single, “Satellite came from a 2-hour long solo jam on Pro Tools with arpeggiators and synths. There was so much of it that I wrote albums worth of songs in the time it took me to put all the complex pieces together in a song. Depending on how I feel I sing the lyrics with no sense of irony or completely ironically.”