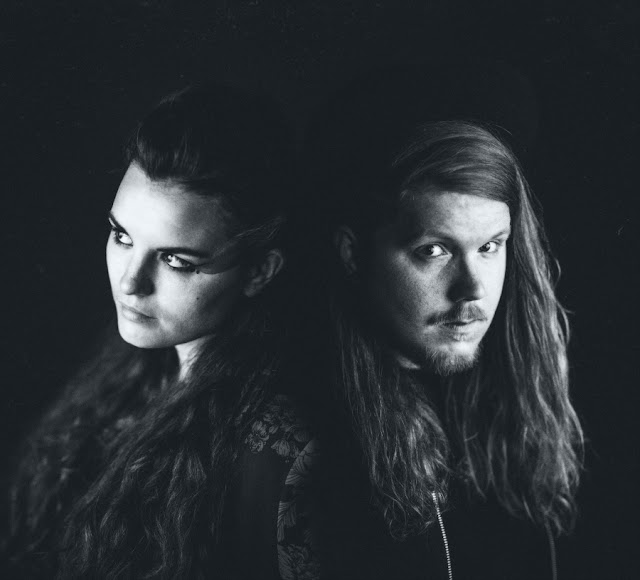 ‘Ataraxic’ is a single off Bristol-based, indie pop duo Firewoodisland’s upcoming second album. The song premiered via Wonderland magazine on the 28th of February 2020. The second self-titled album release will be on the 20th of March 2020 Via Firewoodisland Records. The duo has seen support from big names such as Earmilk, Q Magazine, and The 405, radio play BBC Radio 6’s Radcliffe & Maconie, BBC Radio’s Introducing In The West, BBC Radio Devon, Introducing Music From Stoke, Amazing Radio and Norway’s NRK P3. Their music has been featured on Spotify’s Most Beautiful Songs in the World, Fresh Folk, Lush and Atmospheric and Lost in the Woods playlists, as well as track ‘One With The Mountain’ included in Norway’s New Music Fridays playlist, that exposure led to their streams shooting up to 6 million. We find out more about the inventive duo below.

Stian started playing piano at the age of 6, being taught by his Aunt Runi, and he quickly progressed and went to piano school in Norway. His family has always had lots of instruments lying around (this still hasn’t changed), so he quickly picked up a guitar and taught himself that. When he was 16 his parents saw his gift for music and set him up a little recording studio in the garage (by garage it’s a beautiful A-frame wooden Norwegian hut, which was quickly renovated and built for purpose). So Stian has been recording people for over a decade now and as a result, learned lots and learned what he likes. He enjoys the challenge of a new instrument! So much of our sound has come from trying out something new, being creative and introducing new instruments… as well as a few happy accidents.

Stian, besides the move to Cardiff, could you tell us the story of how you and Abi met each other?

We lived in the same student halls in Cardiff. One evening, everyone was hanging in the common room. Abi sat alone on the floor amongst 50 drunk students playing guitar and humming to herself. I saw her and thought, “I need to get to know that one”. I stubbled up to her and asked if I could try her guitar. I managed to break the battery lid whilst awkwardly fiddling with it during our first conversation. We quickly got on, and I fixed her guitar a year later.

Each song comes into existence in a different way. But on the most part it will start with Stian sitting at the piano or left alone with a guitar. Melody usually comes first and then lyrics, and often these melodies will come at a weird time of the day or awkward situation… our first ever single ‘Simon’ was written on the toilet! From here on Abi will get involved; hearing the bare bones of a song, we will come up with the story behind the lyrics. Each of our songs have a deeper story behind them, and these are usually inspired by people in our lives or stories we have heard. As the studio is set in our home, we will often begin the recording process very early, so sometimes a song will only be half-written whilst we start recording.

We love a variety of instruments, acoustic mixed with synths and digital soundscapes. This is a BIG challenge to live as a duo! So we have developed multiple setups for live. Occasionally it will be just the two of us playing a stripped-down set up, and other times we will bring in very talented session musicians for a bigger sound. This allows us to have cello lines, trumpet lines, and bigger percussion and bass… so no show is the same! But the songs are always authentic to the sound and the vision, whether a quiet version or a big loud version. ‘Hollow Coves’ is one of our favourite examples of this… the full sound (as in our music video) is an uptempo, pumping tune, whilst our live session on Burrow Mump, is a chilled, delicate, emotional performance.

We are digging Hailaker produced by the wonderful Ali Lacey (Novo Amor). We love Norway’s extremely talented Fay Wildhagen. And we recently accidentally did a mini Sofar Sounds Tour with a new friend Mauvey, who is a big bundle of love with an incredible voice! So right this very second (or at the end of the interview) go check them out (after our new singles obviously 😛 ) .

During our first ever London show (a few years back) we were playing our song Sundown, which has a repeating line “It’s raining in this God-forsaken town…” and this random guy started heckling us and shouting “All right, it’s raining already!” Our then-manager Nick grabbed him by the scruff of the neck and dragged him into the toilets… We have no idea what happened in the toilets, but the guy was very polite and attentive for the rest of the show! Managers hey, the unsung heroes!

We do all our social media ourselves, and it’s become quite fun actually. It can be overwhelming during a single launch, but we try to balance in thanking everyone who supports us, promotes us, with silly challenges, the journey, and random facts. We have such an amazing group of fans and friends, that it is a joy to be in touch with them, and we do our very best to reply to everybody ourselves. Instagram is probably our most used platform, although this does tie in very nicely to Facebook as well.

We had somebody choose to be incredibly vulnerable with us, and share how the lyrics from our song ‘Molehills’ had stopped them taking their life. It randomly came up on a playlist. Thank God for that playlist! If nothing else, it was worth it just for this person. A huge part of what we do and the lyrics to our songs is to remind people that there is hope and to tell people they are completely unique and totally loved.

After you began working together as a duo, why did you decide to keep the same alias from your solo work?

To be honest. The second version of Firewoodisland was still Stian’s solo work, but with a backing band including Abi. It later went on to become an actual band that has had many different formations over the last 5 years. It wasn’t until late 2018 that Firewoodisland officially settled as a duo. People moving on, getting married, pursuing other careers. We could write a full biography of Firewoodisland’s Rollercoaster start.

…an album… and hopefully a show nearby if you are in Europe… sorry everyone else… keep spreading the love and the music, we want to get to you soon!

DON’T put an egg in the microwave! (Get in touch with us on social media if you want to hear the rest of the story!) And remember that lovely, beautiful, glorious, green SAVE button on Spotify… it helps lots!