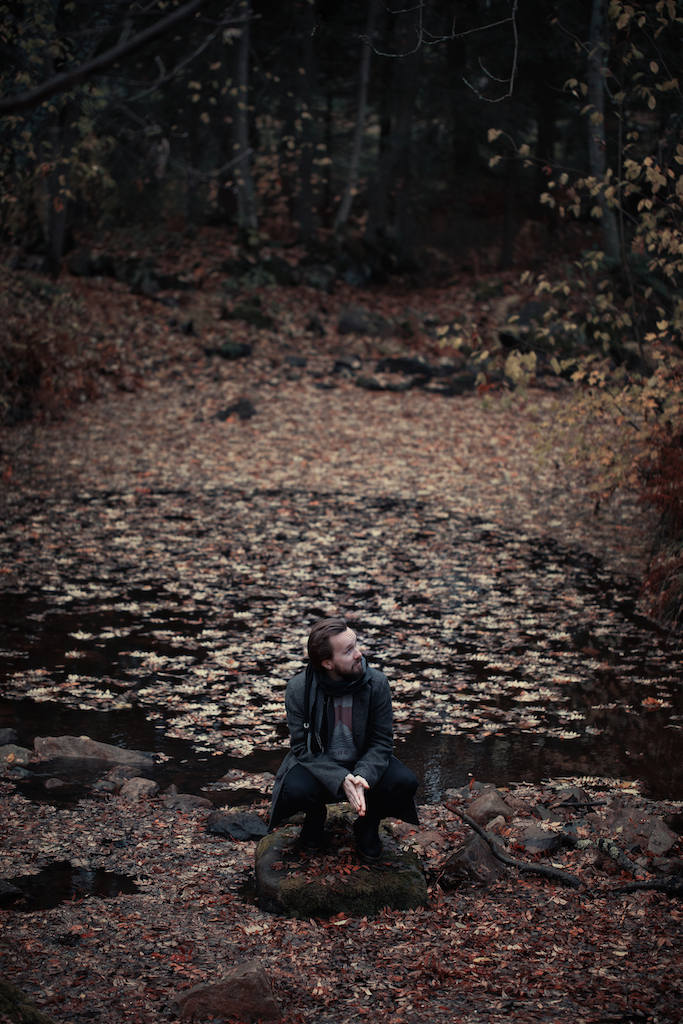 Finland-based singer/songwriter Ivory Woods derives from the fells of Lapland, North American nature and the streets of Northern Britain. It’s bombastic folk yet down-to-earth rock music. It intends to capture the feeling after a long day on the fells and in the woods when the cottage and the body are finally warming up, but it can’t help but speak the language of a rock n’ roll band.

It begins with something close to Bob Dylan, Bon Iver and Sigur Rós, and ends up making a scene with Ryan Adams and Oasis. Ivory Woods will be constantly active with upcoming gigs and new material.

The group has a very diverse musical background, yet together we’ve always ended up playing some really loud rock n’ roll. Even though we started Ivory Woods with a presumption of hitting that cabin folk atmosphere, it shows again that we can’t help but sound quite big really.

I have no fixed routine for writing songs. They come to me while walking the dog, taking the bus or whenever. Sometimes nearly complete, sometimes like a distant echo that needs to be met halfway. So at the point, the instruments come to play, it is more about learning the song than writing it. I believe nothing of true value can be forced. You just have to wait, but the circumstances have to be there, the table must be served. I have only written one song while playing Fifa.

Some of the songs have gone through quite a transformation as we’ve proceeded to work with them as a group. ‘Northern Soul’ off our first album is a perfect example of this, the original is still on YouTube and it was not intended to sound any other than that. One thing led to another and now with that song you can really get two different experiences, I can’t tell which I like more. But at first, it’s always something to digest.

Sepikka is doing some amazing and meaningful stuff in Finland right now. I’ve also done some solo gigs to support Lanai on their tours and their work has some indescribable beauty to it and they are true professionals with lots to learn from. Finally, from the UK, Murkage Dave Changed My Life keeps playing on my deck on a regular basis still, food for thought yet a good laugh.

Performing. I mean it is a special feeling when you really connect to a song as a recording, but it is a shame when the interaction stops there. In live situations, it’s all there. People need to get together more these days.

We were playing a tiny outdoor festival at a private cabin a couple of summers ago when someone in the crowd told us that the neighbours had called the police. As they arrived, we kept on playing, and rather than telling us to come down they lit their cigarettes and stayed for a couple of songs, telling us to keep going. It was really heart-warming.

I don’t stress about it that much, though I know I could be much more active and try holding the community together a bit stronger. It goes in phases, I only want to post stuff if I feel I have something to say so I mainly put out content when something’s going on.

Somebody once said that everything they’d learned from years of doing yoga they could have learned in an hour from listening to our songs. A comparison to James Joyce followed, but that is just silly.

We’re planning some shows with our big line-up to celebrate Flickering Light, it’s been a while since we really got to play loud together! I started a series of home recordings called Timberline last year and I wish to put out more tunes this year and do some easier shows as well.

We always finish our shows with “what was lost was never wasted.”