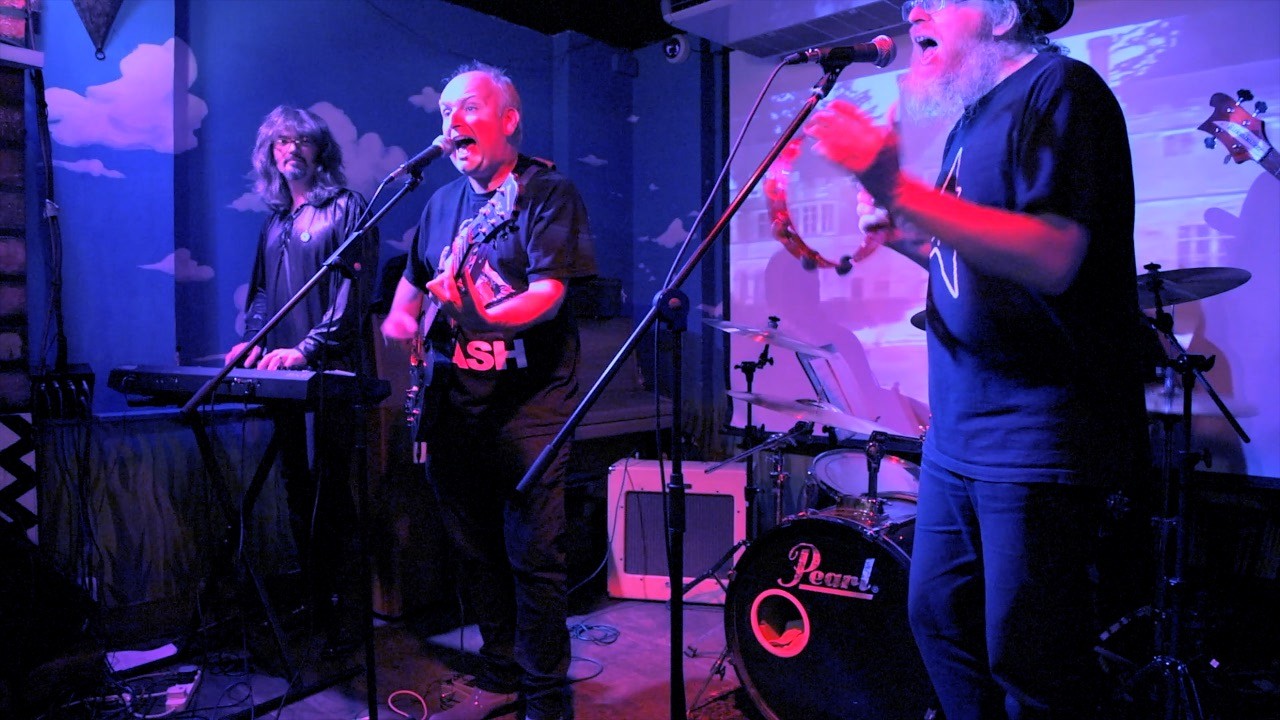 St Albans, England indie band The Pocket Gods discovered by the late John Peel and recently featured in Billboard. Faves of BBC6 music, they have just released the groundbreaking 100×30 album (100 songs all 30 seconds long) which has been called by The Independent as the ultimate musical statement against Spotify and will “change the way songs are written” – Spotify pays out a royalty once a track hits 30 seconds (0.007p) and then no more.

See our exclusive interview with them

not really except in the opposite as I was classically trained at Music School but have been since trying to unlearn everything I was taught and create something different!

No – If I’m doing our albums of 100 songs all 30 seconds long which are a protest against lack of royalties from streaming (Spotify and co-pay out a paltry royalty after a song is played for 30 secs and then no more – so why write longer songs?) – I will just come up with a theme – like the music business and then write some titles down and then just plug in and play!

It’s easier when you have your own label there are no restrictions and no A and R people telling you to sound like Dua Lipa or Ed Sheeran! Just don’t follow trends or bandwagons and play what you enjoy and makes you feel good!

Kevee Lynch punk poet from the UK – he’s like a nice not grumpy version of Henry Rollins! Kill The Giants a genre-bending band who mix up world music, metal and beats. And Gram Parsons…for the soul and romance…and copious drug taking

Studio. although playing live is fun unless you’re actually very famous and have thousands of fans it’s pointless – you don’t get paid much and you spend a lot of time hanging around smelly venues with moody promoters hassling you it does not rock n roll it’s just tedious. Being in the studio (especially when you have your own as most people can now) allows your dreams to come into fruition.

Ha! Yep we played a gig way back at a pub which had strippers on in the other bar but we could see it all and it was a bit distracting and then the same night while playing our second set the pub’s furniture was re-possessed as we played so the crown was left sitting on the floor watching us!

Somebody sent us a tweet after hearing us on the radio said she felt the overwhelming desire to go out and take drugs…someone also said that it sounded like he was listening to 2 separate radio stations at once…I like that one!

We have a new single out early March on Nub via Sony Music called Deep Fake which is about the impending doom of AI, sex robots, and not knowing what is real anymore…we live in postmodern dystopian future made real by cartoon-like presidents and leaders…but who is in charge?