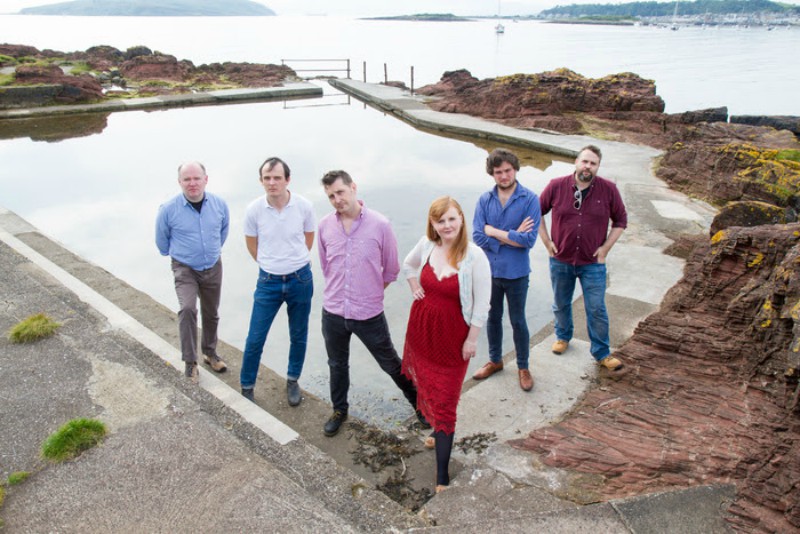 “Wee Guys (Bobby’s Got A Punctured Lung)” is the new single from cult Scottish miserablists, The Just Joans. The track is taken from their forthcoming album “The Private Memoirs and Confessions of the Just Joans”, due out on 10 January via Fika Recordings. “Wee Guys (Bobby’s Got A Punctured Lung)” recalls the feeling of growing up in and around Glasgow in the 1980s and 1990s when knife crime and casual violence cast a long shadow. Disenfranchised and bored, the wee guys were often victims of circumstance, class and geography. The artwork is a great representation of the song by the band’s own Katie Pope. The track was premiered by Brooklyn Vegan who wrote, “their biting sense of humour (and thick Glaswegian accents) make for easy comparisons to The Vaselines.”

“The Private Memoirs and Confessions of the Just Joans” is a deeply personal collection of songs that hazily recall the past and contemplate the futility of the future. At the forefront remain the mischievous lyrics and heartfelt vocals of siblings David and Katie Pope, aided and abetted by Chris Elkin on lead guitar, Fraser Ford on bass guitar, Arion Xenos on keyboards and Jason Sweeney on drums.

A titular twist on the classic gothic horror novel “The Private Memoirs and Confessions of a Justified Sinner” by compatriot James Hogg, the new album is the follow-up to 2017’s “You Might Be Smiling Now…” and contains the kind of melodies and mockery that led Uncut to class the band as the point at which “Stephin Merritt lies down with The Vaselines.”

“The Private Memoirs and Confessions of the Just Joans” is a veritable smorgasbord of misery, longing and unrequited love; stories of small-town resentments, half-forgotten school friends, failing relationships and awkward workplace conversations. As David explains: “It’s a collection torn from the pages of the diary I haven’t kept over the past 25 years. There are songs about places and people I vaguely remember, feelings I think that I once may have felt and the onset of middle-aged ennui.”

Despite entering new territory with the addition of brass and strings, they have nevertheless maintained the DIY ethos that made them darlings of the underground indie-pop scene, with each song on the album recorded and produced by the band in various gloomy bedrooms around Glasgow.