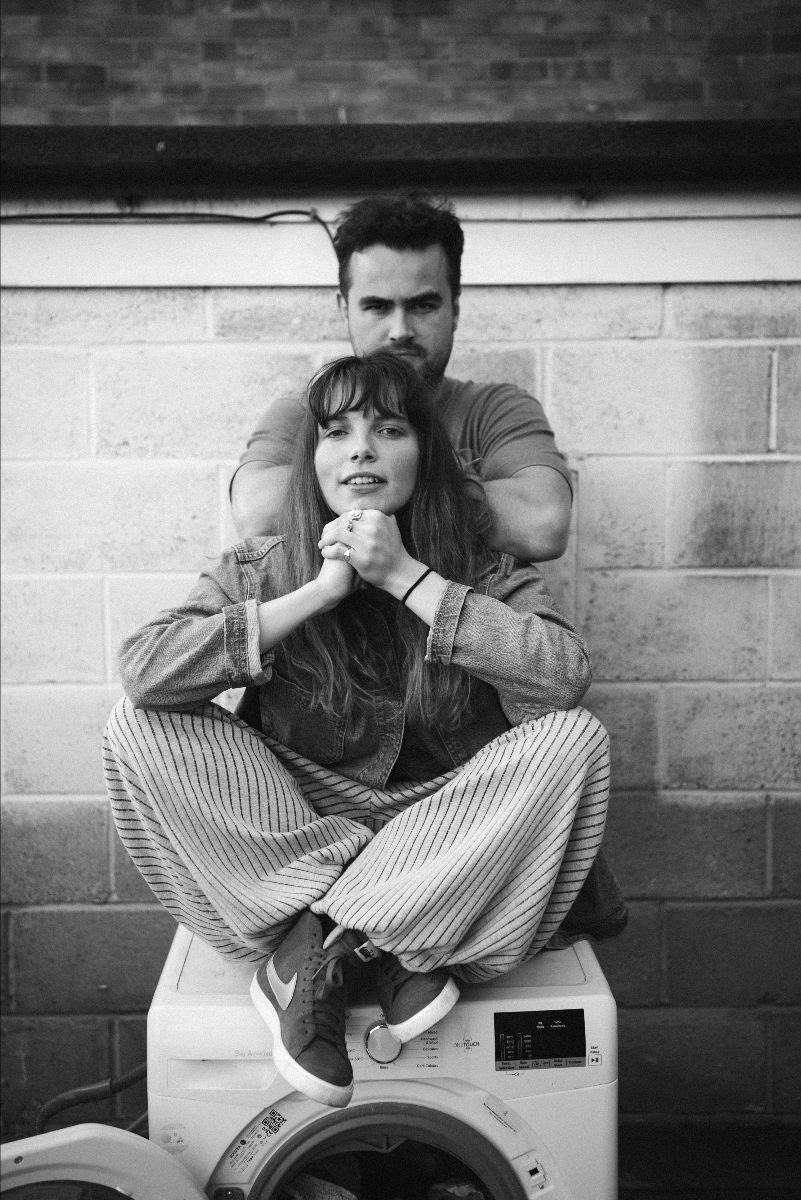 Ferris & Sylvester have released the video for their latest single ‘I Dare You’, which wraps up what has been a phenomenal year for the highly acclaimed London duo. The video premiered with Gigwise who called the song, “Pure, furious and carnal bluesy rock ‘n’ roll.”

From hushed folk beginnings, ‘I Dare You’ explodes into an epic piece of blues-rock, calling to mind the likes of The White Stripes or The Kills. The video flits between ethereal immersive colours of the pair, into an intense strobe-lit performance.

Regarding the video Ferris & Sylvester say, “It felt right to create something bold and vibrant. We shot the video whilst we were on tour and wanted to capture how it felt to play the song night after night. The song is angry and aggressive and we were keen to throw all of that at it. It certainly shows a darker shade of us and we’re proud to have it out there.”

‘I Dare You’ was released earlier this year ahead of Ferris & Sylvester’s largest headline tour yet, where they played over 20 dates across the UK and Ireland, including two sold-out nights at London’s Omeara. The single received great support from BBC 6Music and BBC Introducing, alongside critical praise from Metro, The Independent and more.

Ferris & Sylvester have cemented themselves as the most exciting and talked about new name on the blues/Americana UK scene this year.

It was recently announced that the pair are the winners of the ‘Emerging Artist Award’ at the forthcoming UK Americana Awards 2020, selected by Radio 2’s Bob Harris.

The band also made a distinct mark on the US this year, making a killer debut at SXSW, where they performed in over 10 showcases, before returning to continue to impress at Americanafest in Nashville. Ferris & Sylvester have already been announced to play SXSW 2020. Before this, the band will head out on tour across Europe with Jade Bird through February and March.

With the release of their highly anticipated debut album coming next year, Ferris & Sylvester’s unstoppable upward trajectory is set to continue through 2020.