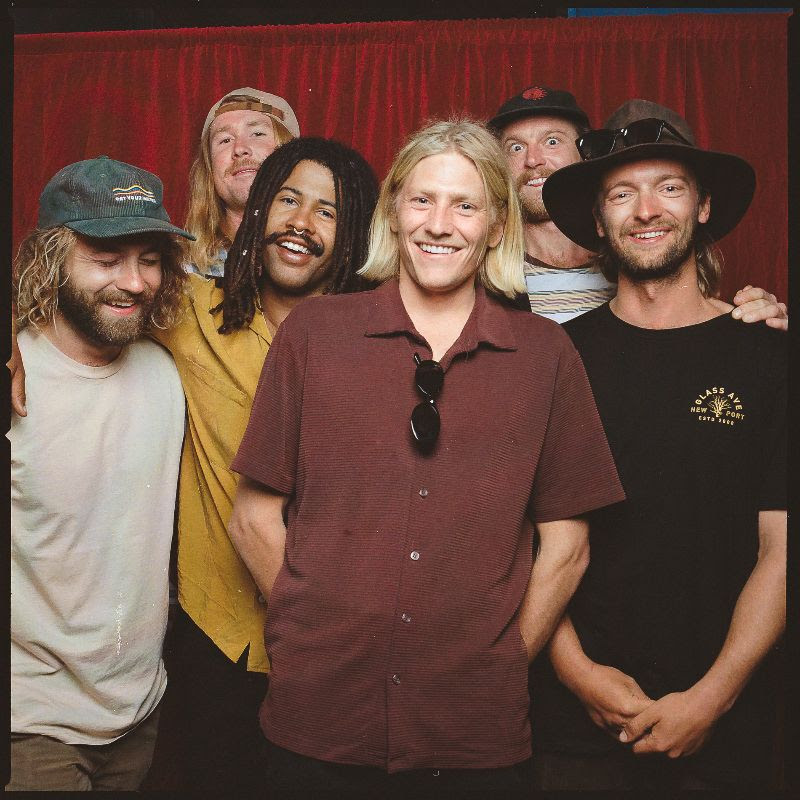 Recorded at The Grove Studios and produced by long-time friend and collaborator Callum Howell, the passionate and heartfelt ‘Tombstone’ dives headfirst into bright, psychedelic tones and a floating melody, creating an intoxicating combination pairing Baden Donegal’s buttery vocals with the group’s signature epic harmonies. The track reminisces about a place that was once the perfect respite, however is now just a wasteland, and the sombre lyrical tone is juxtaposed by the upbeat drums and endlessly catchy chorus.

In the midst of their relentless international touring schedule over the past 12 months, Ocean Alley have used their short breaks at home to write and demo new music, with previous singles ‘Stained Glass’ and ‘Infinity’ released earlier in the year. They will bunker down between shows over the coming months to continue writing and recording, with upcoming appearances at Bay Dreams Festival and stadium supports for Six60 in New Zealand, plus all stops on the Laneway Festival national run still to come.

A momentous year for the band, 2019 started with taking out #1 in the triple j Hottest 100 of 2018 for their smash single ‘Confidence’, and was rounded out with their first ARIA nomination for Song of the Year. They sold out 30 shows around the world, having performed 6 headline shows in New Zealand and 3 in Bali, 32 dates in the USA and Canada, plus a run of 18 shows across Europe and the UK including 2 sold out London dates – the second of which was added due to phenomenal demand.

Back in their homeland of Australia, they performed acclaimed festival sets including Bluesfest, Land of Plenty, Spilt Milk and a career-defining, Saturday night main stage performance at Splendour In The Grass which saw triple j declare “The bigger the stage, the better Ocean Alley get.” The band also found time to curate the sold out, inaugural A Day For The Beaches – a community event held on the Northern Beaches last month to raise money and awareness for local charities One Eighty and Cerebral Palsy Alliance, and give back to their hometown.

The six-piece have two albums under their belt, Lost Tropics (2016) and the critically acclaimed Chiaroscuro (2018) which peaked at #11 on the ARIA Chart and spawned the triple j Hottest 100 #1 and ARIA Top 10 Double Platinum certified single ‘Confidence’, that was nominated for ARIA Song of the Year in 2019.

Having surpassed 200 million catalogue streams, as well as achieving the impressive feat of attaining more than 1.2 million monthly Spotify listeners, Ocean Alley continue to captivate audiences worldwide with their infectious blend of psychedelic surf-rock, selling out a slew of shows at home and abroad, plus performing festivals including Falls Festival, Sziget Festival (HU) and Rhythm and Vines (NZ).