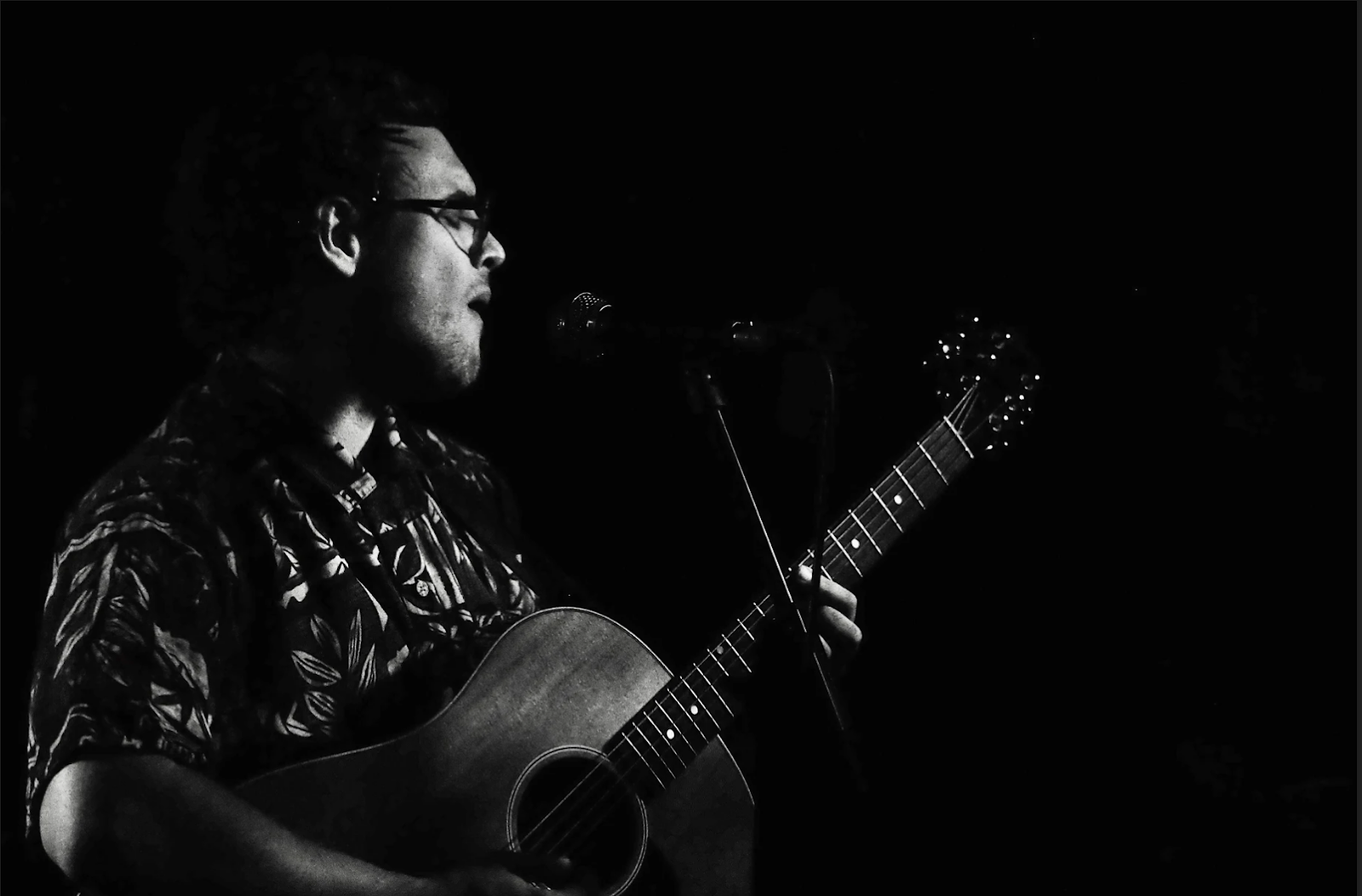 London-based singer/songwriter Alex Bayly adds a unique depth of English folk roots to the tense and ethereal of songwriting. The title track ‘New America’ became an organic hit, garnering over 100K streams and being added to Spotify playlists “Fresh Finds: Six Strings” and “Lost In The Woods” alongside Nick Mulvey, Laura Marling, and Charlie Cunningham.

2019 has seen Alex Bayly release multiple singles including ‘I’ll Never Leave You’ on Big Indie Records. Followed by a sold-out single launch show at Two Tribes Brewery for DIY Magazine as part of Bigindiebignights. He has also received wide support from online blogs including DIY, Earmilk, Clash and It’s All Indie and playlisting and radio play from Spotify, BBC Radio, Amazing Radio, Radio X and Alexrainbirdmusic.

I started producing music as soon as I could on Dell desktop in the mid-2000s. I would mainly make weird music after finishing my shift at dominos pizza. I wish I still had some of that music… I’ve now just released my debut album Ley Lines.

Get a guitar. Find some weird chords. Sing over the chords. Try and think of some phrases or have a look at some notes on weird phrase I’ve thought of. (I think keeping notes of ideas is really important). Make a quick demo of the song on a phone while it’s fresh. Don’t wait or your mind will forget the melody/feeling. Get on Logic and bang it out in some sort of form. Go to the studio and do it properly.

London’s gigging scene is difficult to crack. Hence I’ve moved towards putting on my own events. There is now a market for selling to artists, rather than selling artists. But there is so much good music/bad music you have to wonder what the right answer is. I think getting back to building a community with your music is important. People are looking for something real now in such a cyber driven world.

I used to prefer studio. But recently I did a Kickstarter and I’ve had a surge of close support. I had an album launch as part of the Kickstarter and it was such a special event. It made me realize that I have to think more about what my music means to people and how I can make them a part of it. I think I was getting at that with the build-up to the event. But it really was a eureka moment for me. My next event is a small 25 cap show at the Green Note in Camden with the amazing jazz guitarist Alex Munk. Being this close quarters with a crowd is so intense and makes for a great show on both ends. https://www.greennote.co.uk/production/alex-munk-alex-bayly/

A fan drew me while I was playing that was pretty humbling. People also have been sending me really supportive messages about Ley Lines. Which has been great. I got some sales in America and Asia on my Kickstarter which was pretty amazing. Music is so accessible to the global community it’s amazing how easily it can end up in the most obscure corner of the world.

Lots of Talk Talk. I’m quite late to the Mark Hollis party. RIP. Which I feel bad about. Always dipping into 60s folk and most recently enjoying Richard Dawsons. Also, LAISH and The Last Dinosaur who I collaborated with on this Ley Lines are both amazing.

My debut album Ley Lines is out. Please go and stream it now. Also, I’ve got 250 limited edition vinyl for sale. https://alexbaylymusic.bandcamp.com/merch fresh off the press. I’ll hopefully be touring in the new year across the UK maybe Europe.

The music sounds better with you.