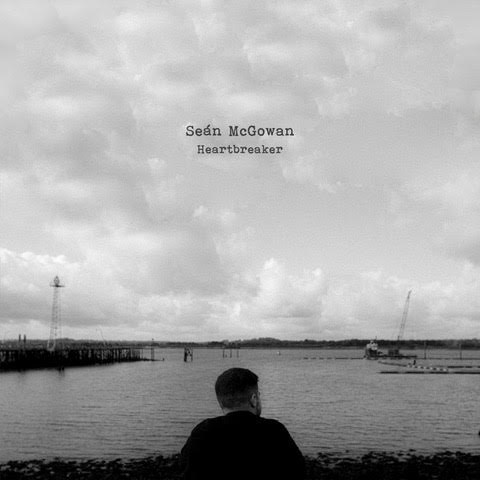 The latest sample of his keenly awaited ‘Curate Calm, Create Chaos’ EP sees Sean wearing his heart on his sleeve and lost deep in tender thought.

Written about the complex and often paradoxical array of emotions we experience at the beginning of any new relationship, ‘Heartbreaker’ explores those conflicting feelings of wild excitement and guarded anxiety that often precede letting-go to fall in love.

Solely backed by a score of graceful acoustic arpeggios and hushed backing vocals, ‘Heartbreaker’ chooses to set the spotlight center-stage on Sean’s winsome and candid lyrical offerings.  As Sean says:

“In more recent years I’ve found myself being more honest and open which has proven to be much better usually, but, has bitten me on the arse a bunch too…. I wanted to write a song people could relate to about lust and romance that was focussed more on the psychological effects as opposed to the physical. Not just the ‘Heartbreak’ but the drop in self-confidence, the worry of wasted time and how you recover… ‘Heartbreaker’ is about how two people can keep their cards close to their chest and feel like they don’t want to give too much away or make themselves vulnerable. This period can be fun and exciting but it can also be confusing.”

Expect not-a-dry-eye in the house when Sean airs ‘Heartbreaker’ along with other tracks from the upcoming EP at a string of headline UK dates this Autumn / Winter. With a number of the shows already sold out including Bristol, Winchester and Southampton, and a number of others down to their last few; tickets are selling like hotcakes (see dates with last remaining tickets noted below).

Due to the overwhelming popular demand in his hometown, fans in Southampton will have a second chance to catch Sean at another pre-Christmas celebration as he adds an additional date at the Joiners the following night – 21st December – with tickets on sale now. In addition, as a warm-up for the tour Sean has also announced a lead support slot with kindred spirits THE LEVELLERS for one night only at Portsmouth Wedgewood Rooms on 11th October.

Sean McGowan appeared in a feature on Indie Music