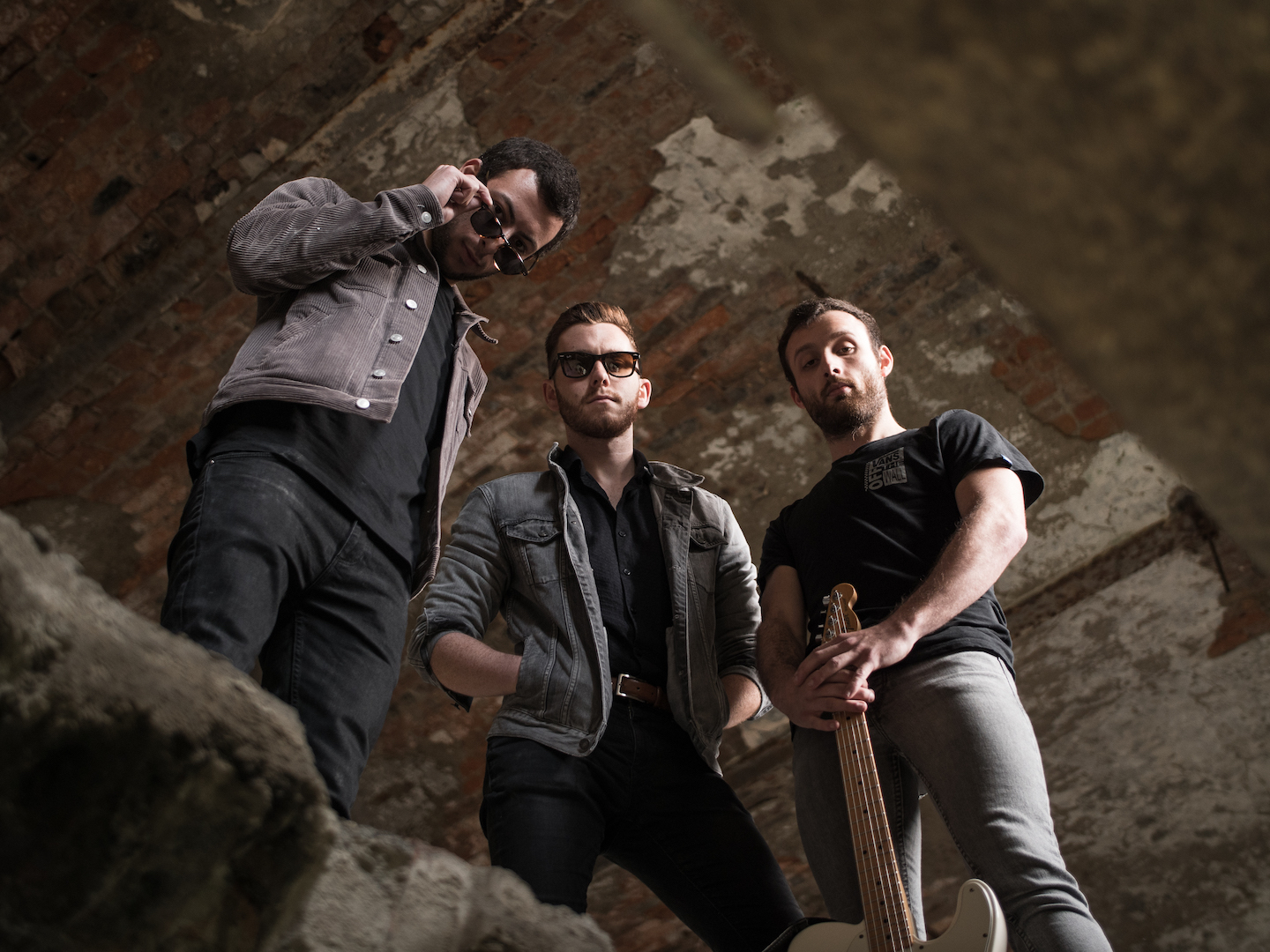 We caught up with UK’s acoustic alternative-rock band Wolforna. After playing music together since the age of 15, and being in various cover bands, Three-piece, Jack Crabtree, Adam Whittaker and Alex Waite, decided they wanted to start writing music of their own.

Their sound is a fusion of soft acoustic rock with strong lead undertones. Wolforna continue to refine their sound and image and expand their reach as an alternative-rock band.

The band talk about their influences, creative process, future and more in the interview below.

Alex: I’d say we all have pretty different experiences on this one and from different artists! For me, in terms of musical appreciation, I’d have to say it was the first time my dad introduced him to Jimi Hendrix at about age 10, and the track Castles Made of Sand. Which we can all appreciate is an absolute anthem.

Jack: My grandad has always been a strong musical influence and is a big Beatles and Elvis fan. So there’s quite a lot I took from that, hearing their tracks being played around me from a really early age. Other family members are also into a different thing, my mum’s a rock fan, brothers into indie music and my dad… Well, he used to play a lot of Duran Duran! So I’ve been exposed to lots of different music from an early age.

Adam: My mum was my earliest influence in the world of music. She took me to see Spice Girls aged 4! She was always into Bon Jovi and Robbie Williams, so I also got the pleasure of seeing those guys at a young age as well.

In terms of music production, I first started writing songs around age 12 and they were horrendous. I got my first audio interface shortly after leaving school and started out producing pop-punk style tracks with midi-drums. From there I developed on to producing a range of musical styles from the guitar-based pop in Worforna to House music to Hip-hop and music for video games.

All: The songwriting process usually starts with one of us bringing a basic song structure to practice. The song will often just be guitar chords and lyrics at this point. We’ll develop the structure, changing around sections and trying to create tension. This could be through changing a chord here or there, adding in a break or an entirely new section. Then a large chunk of the progress from that point is done during the recording process through hours and hours of trying stuff out for a perfect fit.

Jack: There’s quite a lot of things that do this, and it’s hard to pinpoint one exact thing. I think for me, a lot of it is just the things I see around me day to day that I then try to translate into music and lyrics, good stuff, and bad. Listening to other bands too, whether it’s their music, interviews they’ve done on radio or podcasts gives me a lot of inspiration to get writing and create music so we (Wolforna) can get it out there. Another way I think is just when I’m chilling playing guitar not really thinking too much about it and have a ‘lightbulb’ moment, that’s probably the most likely scenario.

Alex: Mainly other music, listening to certain bands or particular songs, it can be ones that I have listened to before and often ones that I haven’t, but that will often spark ideas for my own music and songs. Aside from that, my own personal experiences and emotions are the main inspiration for the songs that I write. When it comes to writing individual parts for songs i.e. bass parts, acoustic guitar parts, the feeling of having a kind of ‘blank canvas’, especially when it comes to the bass parts, is quite exciting.

Adam: I like to be around whatever it is that I’m trying to be inspired by. In the past, nothing has inspired me more than seeing a gig, or having a good band practice, or having a jam session.
One time, me and my mate threw together a little beat and set ourselves the task of writing a rap verse each for it in only 20 minutes. Sometimes it helps to set those constraints and add a competitive element to the process.

All: If we’re honest, I think there are a fair few things about the music industry right now that don’t particularly work in favour of the artists. Whilst we appreciate the business side of things, companies and labels need to make money which is fair… But, a lot of the ‘success’ and likeliness of exposure is based a lot on social media presence, likes on photos and followers on accounts, which doesn’t necessarily relate to how good your music is. Some bands/artists can make incredible music but don’t get the exposure they deserve because of the way the industry works prevents it. A lot of the fans of these artists are part-time, they’ll stream a song endlessly until another artist brings one out and they move on. I’d like to think we could have more personal fans, people who like Wolforna for who we are and the music we create. Not how many followers we have on Instagram.

Jack: I personally prefer gigging, the production side of things is cool and it’s really rewarding to see your music develop in the studio and come to life, get a real sense of achievement from it. If I’m honest though, I do just love playing to a crowd, it’s just an indescribable feeling getting to do the thing you love the most and seeing people enjoy it.

Adam: I love producing music in the studio. The feeling I get when I listen back to something and it sounds like I imagined it in my head is the most satisfying feeling. It’s hard work though and requires long periods of focus. Playing live is more relaxing and more social, and I can get drunk whilst I do it! So there are pros and cons to each and I wouldn’t want one without the other.

All: The response to the tracks we’ve released so far have been really good, a lot of people we didn’t even know were into our style of music have said just have much they’re into it which is great to hear. I think the most memorable response so far is when we got invited onto a podcast by a guy in Boston, USA ‘Music Box Pete’ after he heard our first track ’The Fleet’. It was really cool to see how far our reach has got, and looking at our Spotify Artists account the only continent we haven’t been played on yet is Antarctica. We’re working on that!

Jack: My playlist is a pretty eclectic mix… Ranges from Kanye West to Elton John, so there’s quite the range haha. I’m into so much different music my listening preferences change almost daily! Right now though I’ve been listening to a lot of The Last Shadow Puppets and Foals. I just think the music they create is awesome and love to take inspiration from those guys when I’m writing myself. I have to also admit, I’m into jazz pretty heavily at the moment, just think it’s the best music to chill out to.
Adam: I’ve been enjoying Dang! by Mac Miller recently. It’s so funky and has such a weird upbeat dynamic that clashes with negative undertones in the lyrical themes. Mac Miller’s (R.I.P.) flow is awesome and the production is super tight.

Alex: Aside from the bands I have on more-or-less current rotation: The Beatles, Led Zeppelin, The Police; recently I’ve been delving deep into the back catalogues of Bob Dylan and The Rolling Stones, which has been quite time-consuming. Also a lot of Jeff Buckley thrown in for good measure!

All: It’s moving pretty fast at the minute, we’ve just released our latest single ‘Better Watch Your Back’ which has had a really good response so far! So we’re happy about that. Our focus right now is our next track in the pipeline and we’ve already pretty much finished recording it. It’s got quite a few more musical elements in it than our last track which we’re excited about showing people. Once that’s released, we’re going to start upping our gig game in the new year! We’ve created the music, so now we want to get it out there and play as many shows as we can to expand our fan base. I guess you could say we’ve got our plan sorted for the most part… It’s a pretty exciting time!

The doctor said it will clear up in two weeks.