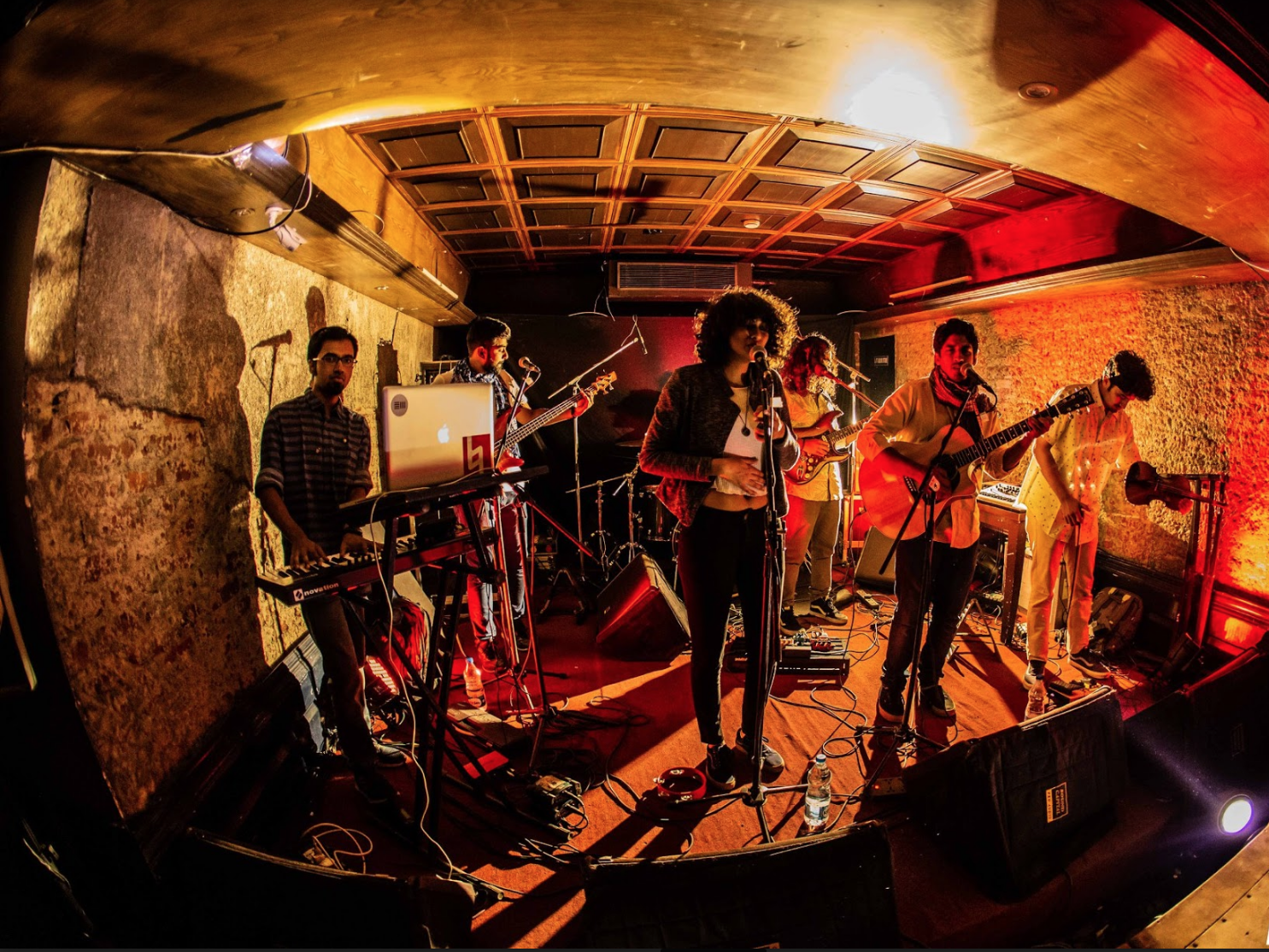 Since mid-2015 when  Easy Wanderlings had started their musical journey, they have created ambient, pop, soul and folk music.  In August 2017, they launched their debut album, the music of easy Wanderlings has become synonymous to a soulful experience.

Having won both National and International awards,  they have performed extensively across diverse spaces, from small intimate cafes and galleries to major music festivals in the country, sharing the stage with inspiring artists like Jose Gonzales, Anoushka Shankar,  Alt J, and Incubus to name a few.

I grew up listening to a wide variety of music since I was a child, thanks to my family. I can think of Ennio Morricone, Eric Clapton, Yanni, Elton John, Michael Jackson, Dire Straits, AR Rahman, Indian Classical Music, and The Beatles. My first experience with music appreciation was through my uncle who then had his living room fully equipped with a really good sound system and he used to invite few of his close friends to come hang out, listen to albums and appreciate good music. I understood what and how it was to appreciate good quality sound and music. It was just beautiful to see people have these moments and talk about music the way they did. It’s something that our band still does quite often where we have listening sessions and talk about what we liked.

I usually come up with the basic musical structure and lyrics to songs first. Then I’d play it to a few of the Wanderlings and get their inputs, develop it further and then sit with the band members once again, but individually to work on their parts. We spend a lot of time to get the notes right, until it really hits us. Then we’d all head to the jam room and work on it till it feels good.

Our songs are written out of simple life experiences, conversations, and observations. I think simply indulging in life is the best way to stay creative. If we just sit at home and waste the opportunity of actually living, then you got nothing to write about, and you are robbing yourself of all that life has to offer. We try to do as many things apart from music… go camping, traveling, do other jobs so we don’t put ourselves in a box. Secondly, I think having a clear peaceful mindset helps a lot, that being said, you get great stuff when you’re in pain too. Basically I think the trick is to dive into whatever it is you are feeling and exploring that space sincerely is a great way to go about it.  One other important requirement for me is that I have to work in a positive and clean environment.

True. It’s a whole different game now and the business side is something that we are all still figuring out one day at a time. It’s not just about the music anymore, it’s about lifestyle, social media, and data. That is not really a bad thing, it’s so much easier for artists to get their music out, but it’s just that the artist has to wear multiple hats and constantly promote yourself on all platforms to really be able to be noticeable amongst millions of other stuff out there. I’m not sure if I would change anything, I think I’ll have to be more proactive and smart about it.

Oh, that’s a tough one. I think my least favorite from the lot is studio work. I enjoy creating music the most and then jamming it out with the team. Then comes performing live and interacting with the audience to see how the music has touched them in some way. I still get nervous before every single performance, I’m so glad I don’t have to stand up on stage alone,  it’s so much easier with 7 others up there with me.

There are quite a few. There have been couples who’ve gotten married to our songs, there have been some who got inspired to quit their current jobs and pursue their passion and there have been so many who write to us saying that the music got them through a rough patch. These are messages that help us get through the day and give us all the energy and motivation to keep moving forward. We’re immensely grateful to our fans, friends, and family for all the love and support.

We’ll be launching a single or two the next year. But a really good album is getting cooked on the side, we’re working on packing some of the best stuff together to create this one. Apart from that, we’re on the hunt to find a good agent to help us plan an international tour, hopefully in the UK to begin with.

Not all who wander are lost- J. R. R. Tolkien