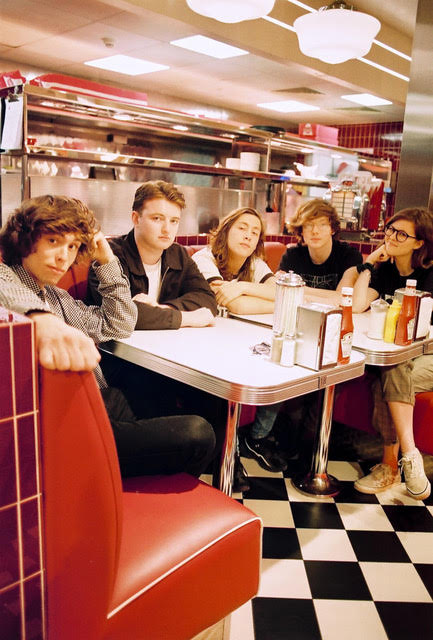 Recorded a year after the release of debut album Seatbelts For Aeroplanes, the Northern Irish five-piece retain that awesome pop punch, enclosed in the heft of chiming guitar chords and lead lines, pummelled drums and dominant bass lines. Brother and sister Taylor and Lauren Johnson still infuse the chorus with gorgeous harmony. All the key elements are here but with the benefit of their touring chops and some production nudges, ‘The Letter A’ lets these qualities coagulate, everything sounding tighter, sharper and somehow more urgent while hinting at a sophisticated 50s-60s classic melodic tinge. Perhaps this is a sign of what’s to come as we roll into 2020…

Castlerock’s finest will embark on their September ‘Nothing Stays the Same’ tour in Ireland, where they have made waves with some incendiary live shows all across the island since their inception. With their skills refined from over a year of playing shows throughout the UK and Ireland, both headlining and with veterans or peers like Snow Patrol, Ash, Starcrawler, At The Drive-In, Pretty Vicious, RAT BOY, Feeder and Xtra Mile Recordings label mate Seán McGowan – plus a host of festival slots at Reading and Leeds, 2000trees and others – this will be a remarkable return to their home country.

‘Nothing Stays the Same’ tour dates:

Their debut album Seatbelts for Aeroplanes, released through Xtra Mile, spawned several singles including ‘Girl’, ‘I Was An Astronaut’ and the title track, all of which garnered plays on the likes of Annie Mac, Huw Stephens and Phil Taggart shows on Radio 1, John Kennedy on Radio X and 6 Music’s Steve Lamacq as well as sessions and interviews on the Across The Line show on BBC Ulster.