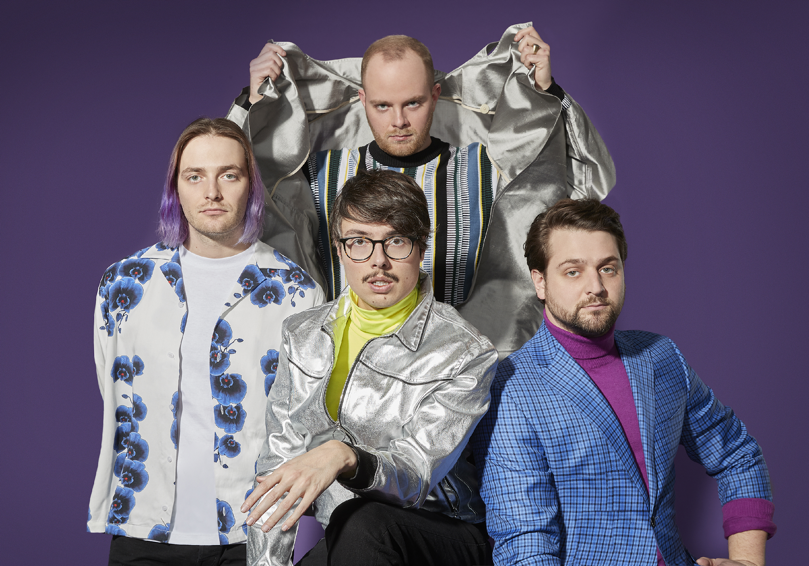 Joywave have released the video for their new single, ‘Obsession’. It was directed by Laura Gorun, Cooper Roussel, Dimitri Basil (Kings Of Leon, Vance Joy) and shot entirely on analog film with the support of Kodak, an iconic industrial staple of the band’s hometown of Rochester in New York.

The video, a montage of cinematic vignettes, showcases the wry humour of the band as they “star” in various movie trailer spoofs ranging from westerns to heist to horror films.  Shooting on film gave the video the visual depth and richness of feature films and is a favourite medium ofJoywave, who themselves shoot on various Kodak film stocks.

This cinematic romp follows Joywave’s recent collaboration with Marvel Comics which featured an exclusive comicstrip starring The Avengers, including Iron Man, Captain Marvel, Thor, and self-proclaimed Joywave fan Captain America, as well as the release of their extraordinary and chill-inducing song ‘Like A Kennedy’ and its powerfully resonant companion video.

‘Obsession’ and ‘Like A Kennedy’ each offer an unmistakable display of Joywave’s evolution from the basement to the big stage, fearlessly assimilating genres, motifs, and big ideas into its own one-of-a-kind identity. Additional new tracks and companion visuals will be unveiled throughout the year, followed in 2020 by the eagerly awaited release of their as-yet-untitled third full-length album.

Widely hailed for their inventive, high-energy live performances, Joywave have spent their summer building anticipation for the upcoming album with a series of intimate live performances,’The Possession Sessions’, in the band’s hometown, Los Angeles and Brooklyn. The run concludes with an exclusive headline show at London’s The Lexington on November 20th.