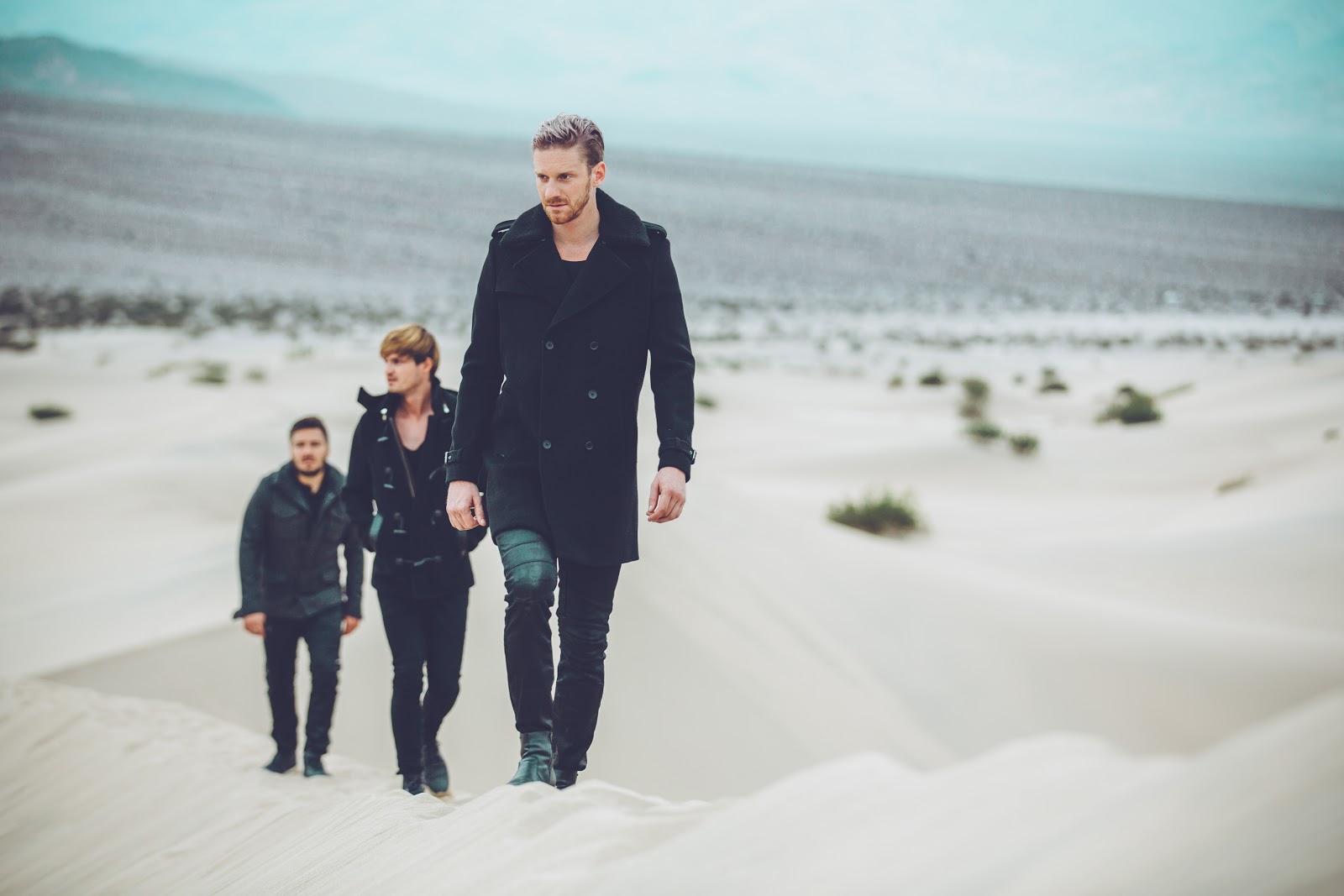 HUNGER have just released their new single ‘Light It Up’ via Born and Raised Records. It is the first track in a monthly release cycle leading up to their debut album Mosaik to be released on December 20, 2019.
The Vienna-based trio is Daniel Rumpel, Johannes Herbst and Lucas Fendrich. They began HUNGER in 2015 after all being in bands previously. There was a unanimous decision to no longer play live, but after the recording their first few track, the band realised how much they had missed playing to a live audience. Their extensive touring schedule has since seen them perform at a string of festivals, including Out Of The Woods Festival with the likes of  Alt-J, Phoenix, Feist, Sohn, Milky Chance, and The Strumbellas.
‘Light It Up’ acts as an exciting prelude to their upcoming album. Blending elements of alt-rock, synth-pop and dark electronica it presents a multi-layered universe of off-center pop-rock well worth exploring.
Speaking of the track HUNGER explain: “’Light It Up’ is about adventures, moments and memories we’ve experienced and still want to experience in our lives. It’s an anthem for going out and to live and experience life and its freedoms. We wrote and recorded the song in a little hut in the Austrian alps. The ‘gospel choir’ halfway through the song was recorded in a tiny kitchen and is basically just the three of us and our producer singing in hundreds of tracks.”
Follow HUNGER:
Website  – Facebook  –   Twitter   –  Soundcloud  –  Youtube  – Instagram – Spotify