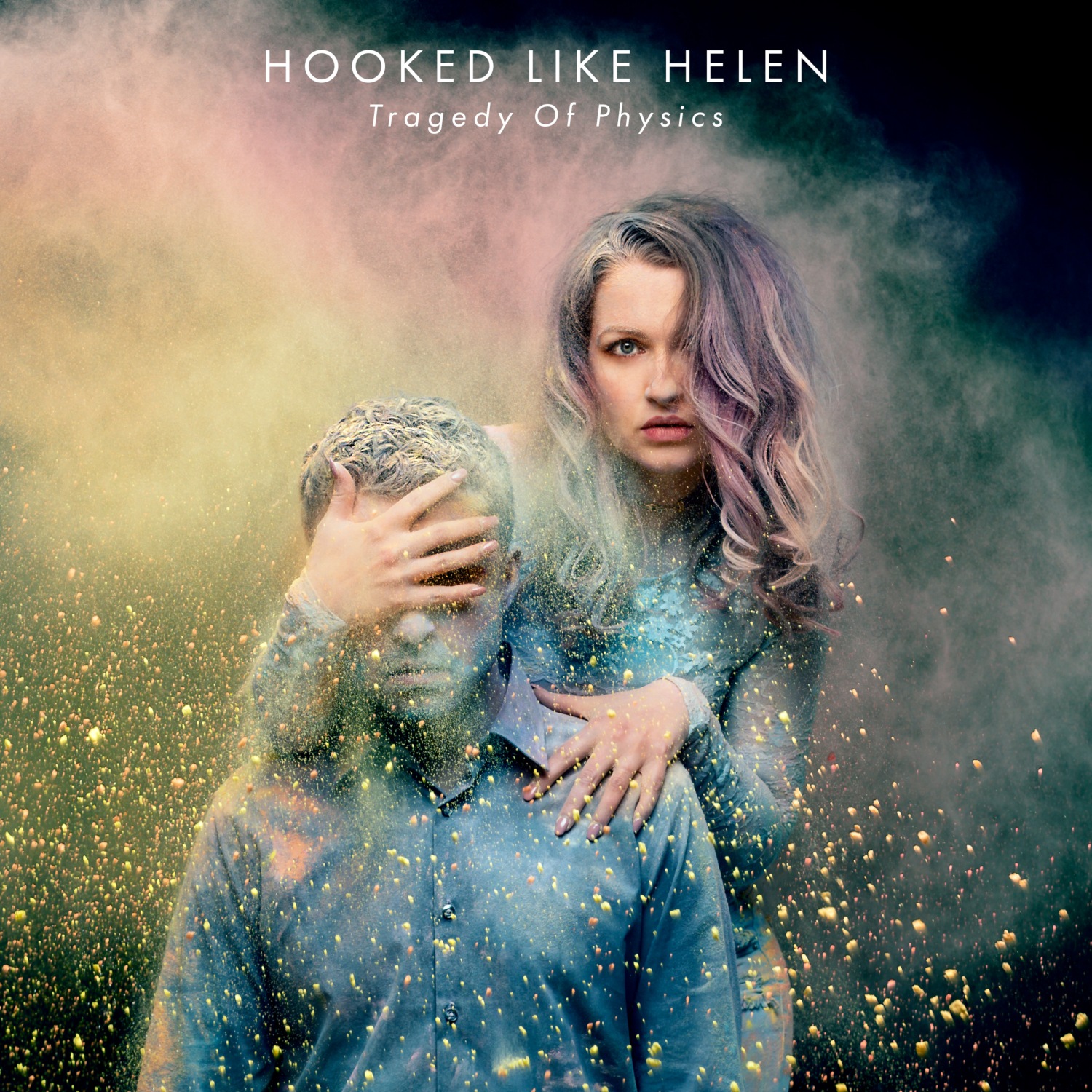 The Tragedy of Physics EP by Hooked Like Helen released today 31 May via Stipp Manor Music. The EP was co-produced by Grammy Award-winning mixer, engineer and producer Isha Erskine. A man who has also worked with artists like Ziggy Marley, Maroon 5 and Black Eyed Peas.
Pulling all their influences together, Hooked Like Helen concocts a brand of pop that’s both unique and pleasantly familiar all at the same time. From ‘Tear this Place Apart’ to ‘Liar’ and ‘It Goes On’… the duo make pure, emotional and colourful pop music with an edge.
Tragedy Of Physics EP Tracklist:
1. Tear This Place Apart
2. No Turning Back
3. Liar
4. Beautiful World
5. It Goes On (featuring Emily Keener) 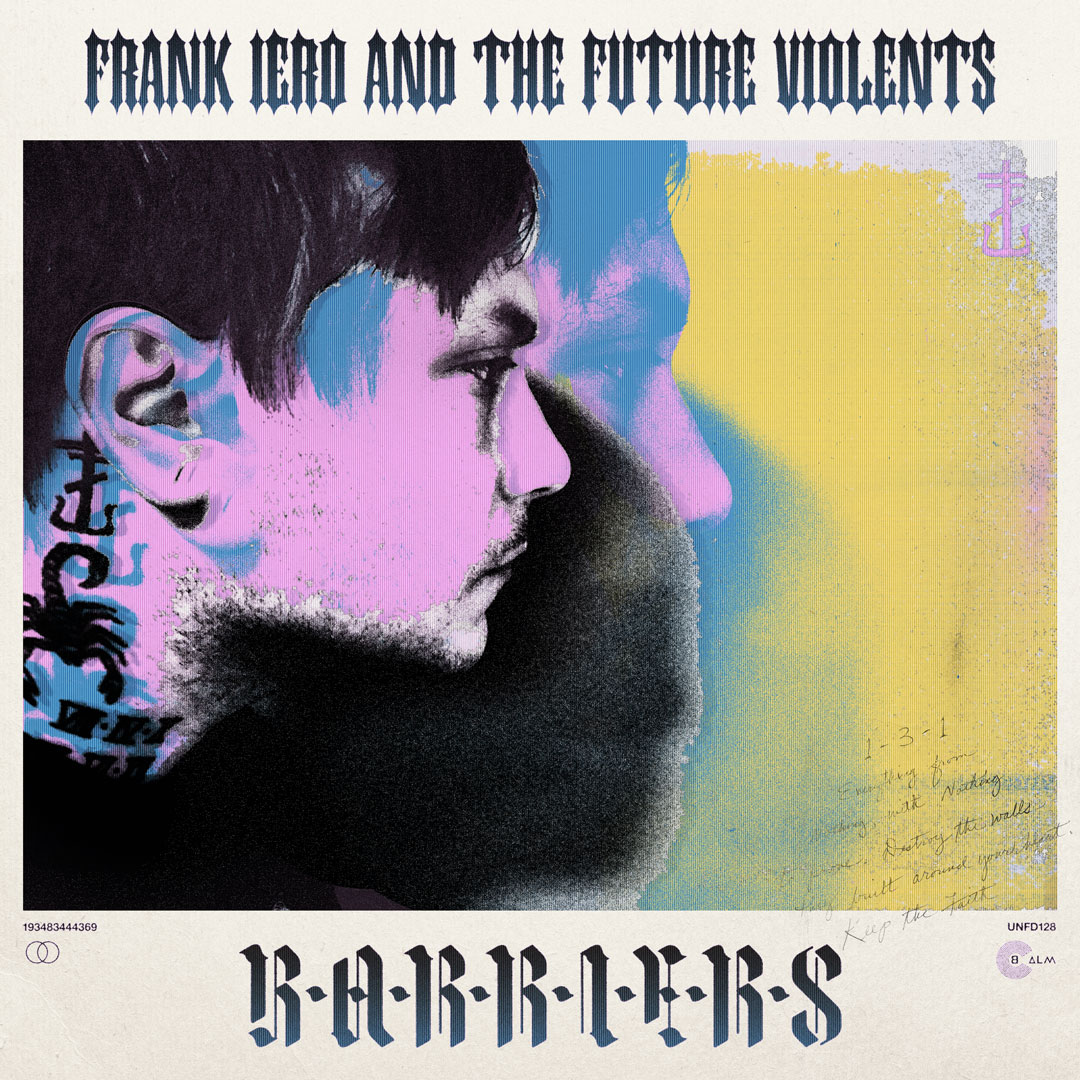 Over 2 years and a near-fatal accident later and we finally have the Barriers album. The LP went public today 31 May and I would bet my box of smokes that people were up all night waiting to hear what exactly Frank Iero and The Future Violents sound like.
Stepping away from Iero’s OCD-like insistence of 12 track LPs, Barriers breaks that with a fat 14 track listing, each no doubt created just to tear your poor black & white-striped soul apart. While the fandom carry on screaming about how different it sounds and Frank’s voice… Allow me to direct your attention towards the lyrics, folks. That’s the rabbit hole you really want to fall in.
I’ll say nothing further, just listen for yourself.
Follow Frank Iero 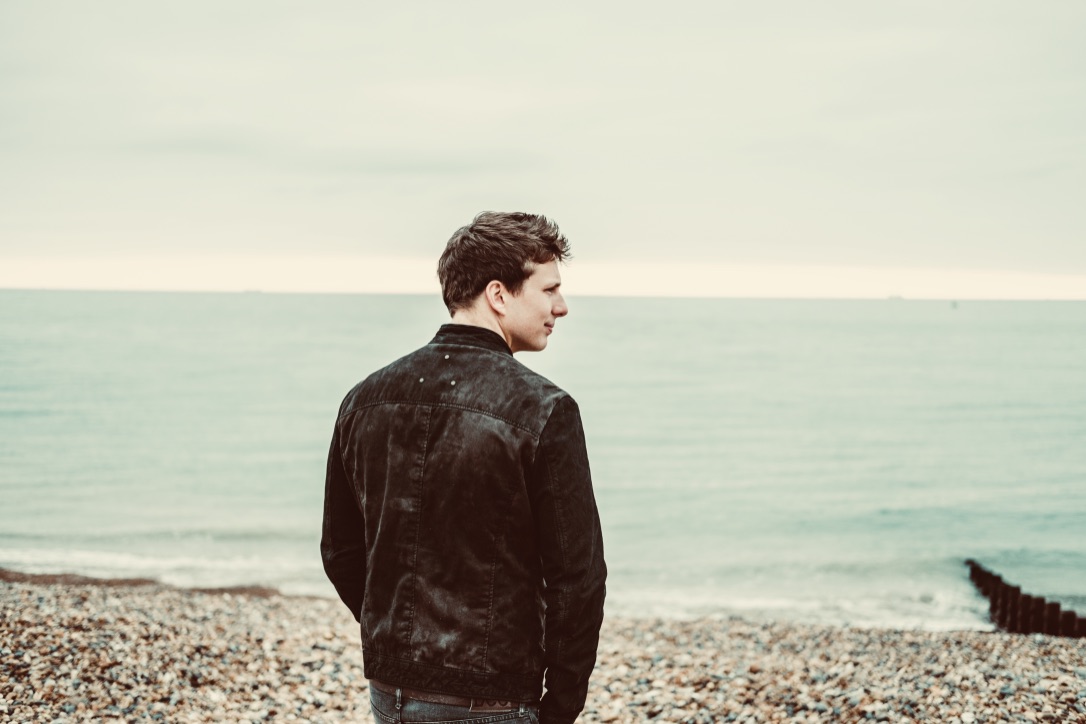 Ben McKelvey’s  latest folk-rock track, ‘Wild Child’  has just hit the airwaves. The accompanying video sees the multi-instrumentalist flex his musical muscles as he gives viewers a taste of his many skills.
Ben has plenty of stage time under his belt,  Having supported the likes of Wet Wet Wet , The Overtones, and Mike & The Mechanics. A short illness rendered the young musician bed-ridden, and it was then that he began to focus on songwriting. He originally had no intention of ever playing live, but since his first live performance, he never looked back.
The video, produced by Jake Robbins (Natives) is an uplifting track,  centred around the highs and lows of life as a musician. Ben gives some insight: “‘Wild Child’ was the last song I recorded for the album. It instantly became my favourite on the record and probably is my favourite I’ve ever written. There’s a lot of emotion in this song and it’s the most personal I’ve ever written. A song based on true events about how being a musician is something you can’t choose to let go when it’s in your blood and how it can destroy personal relationships. A tough song to write but very therapeutic. It was written at a low point in my life but when we get to play it live, it’s just incredible. I guess it’s dedicated to the musicians out there giving it their all.”
Watch BEN McKELVEY ‘Wild Child’ here.
Follow Ben McKelvey:
Website – Facebook – Twitter – SoundCloud – Instagram – Youtube – Spotify 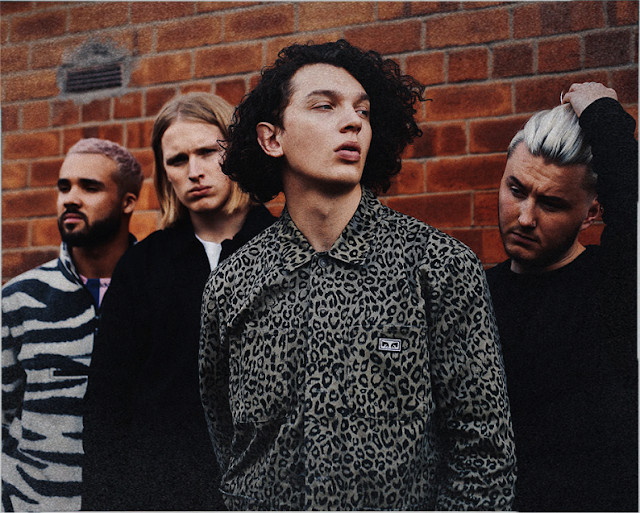 Larkins have announced an extensive 16-date UK headline tour running through October and November 2019. Tickets go on sale at 9am Friday May 17th via larkinsband.com

The announcement comes ahead of Larkins largest London headline show to date, where they will play Dingwalls on June 19th. Tickets are available now via TicketWeb.

Regarding the forthcoming tour frontman Josh Noble says, “The last tour that we set out on was pretty surreal. We knew that ‘TV Dream’ had done well but to travel to places like Glasgow and have hundreds of people dance with us and give us everything for 90 minutes was something that we weren’t prepared for.

“That being said, playing live is literally all we have thought about since playing our last show and we’re excited to bring some new, huge ideas to these shows and try and encapsulate the energy of the last tour with a bigger sound and with even more people. To every single person at every single night thank you in advance, it’s going to be so special.”

This year has seen Larkins make a huge statement as one of the most exciting and in-demand bands to emerge from Manchester in recent times.

The guitar-pop collective released their debut single ‘TV Dream’ on Good Soldier Records to an immense response from both fans and media, quickly clocking up over a million streams. The song proved a radio hit and featured on the playlists of Radio 1, BBC Introducing and Radio X, while the band have also received support from Beats 1.

The release led the band to sell out a landmark hometown show to 2000 rapturous fans at Manchester’s Albert Hall. Capturing the moment perfectly, Larkins release the live album Larkins: Live At The Albert Hall, Manchester. It is available to stream now and can be purchased physically from July 5th on CD, cassette and vinyl.

As an undeniable proven live force Larkins have sold out headline shows across the UK and Europe, and played their first US shows this year at SXSW Festival. The band are currently recording their debut album with producers Dan Nigro (A-Trak, Sky Ferreira, Lewis Capaldi) and Andrew Dawson (Kanye West, Fun, Kid Cudi) – a record which is sure to send Larkins even further into the stratosphere. 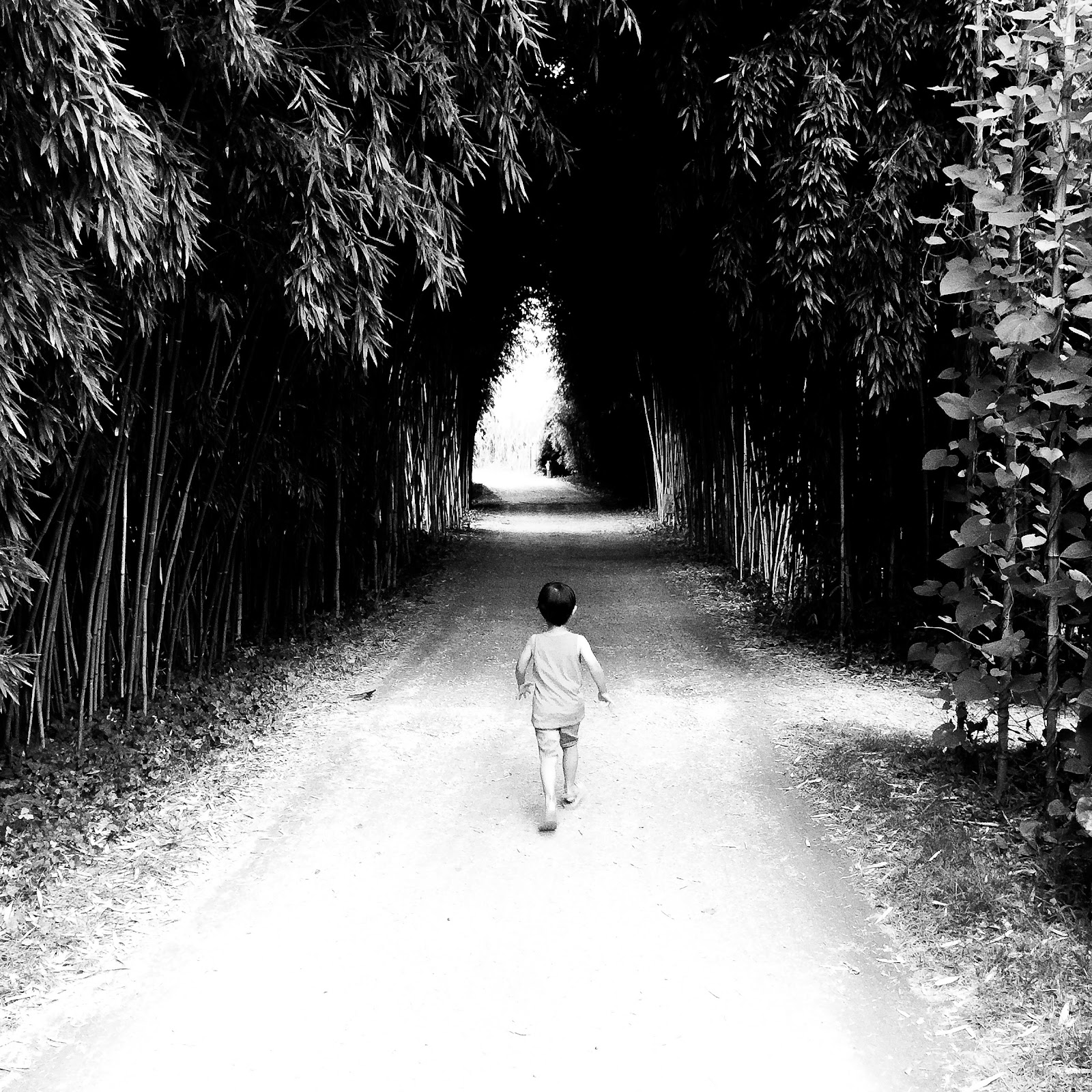 Multi-instrumentalist, producer, arranger, mixer and engineer David Baron has released his new single, ‘People of No Concern’ (feat. Lettie & Madeleine)  via Here & Now Recordings. Here he collaborates with 11-year-old Madeleine, an avid singer, guitar player and gymnast, and Lettie, a London based singer-songwriter composer who has, since 2008, released three albums with Baron.

The emotional imprint of ‘People of No Concern’ (feat. Lettie & Madeleine)  moves beyond the melodic vocals and thoughtful songcraft. Baron has created what he describes as “ a magical musical conversation between two angels.”  He goes on to explain: “Combining small string ensemble, classical piano, and evolving EMS Synthi analogue tones with the power of human voices both young and older.” 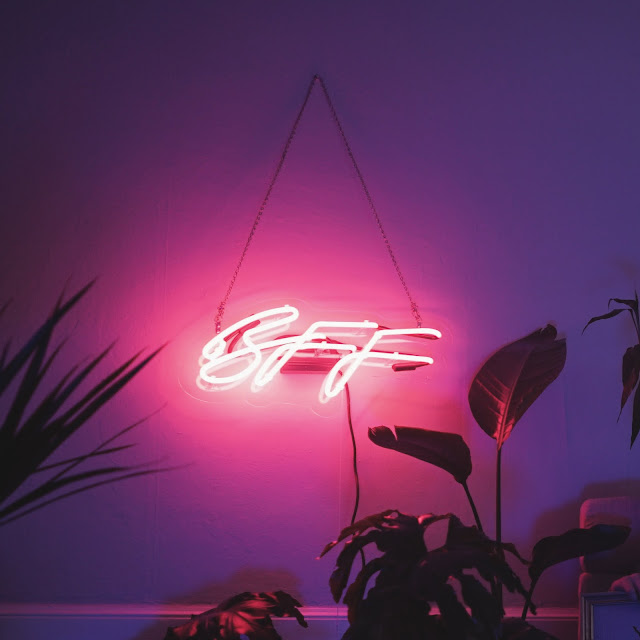