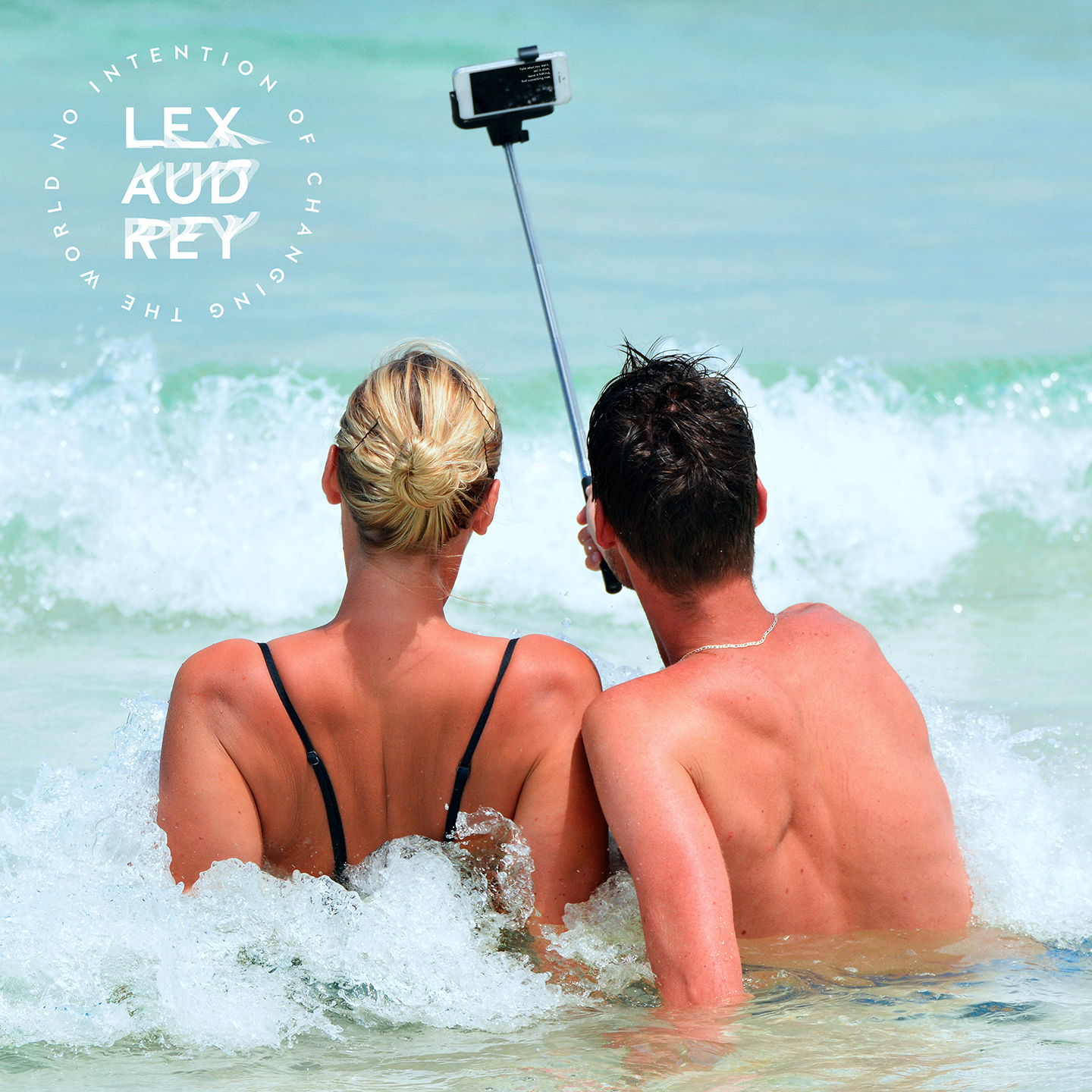 Lex Audrey have already proven that they can break into the international music scene with their singles ‘NSFL’ and ‘>>GodGiven<<‘ raking in the streams on a continuous basis. They released their debut album No Intention of Changing the World on the 8th of February via LasVegas Records and it’s an album that will keeps on delivering with every single track.

The title of their debut album feels almost tongue in cheek. It’s clear tha they have every intention of trying to change the world. This album is filled with tracks that comments on the fast-paced and digital society we find ourselves in. Lex Audrey manages to tiptoe perfectly between using organic and digital instrumentation. Big guitars, big electronic sweeps, it’s all in here. You can’t help but fall in love with their feel-good uplifting sound, however as soon as you dip into the lyrical content; you will discover a whole new world of cynicism, social commentary and deep-rooted introspection.

No Intention of Changing the World sees Lex Audrey produce a stellar debut record filled with 12-tracks that never lets up. This album ranges from catchy upbeat tracks like ‘Winter II’, ‘Mexican Standoff’ and ‘NSFL’ while flawlessly also including slower gems such as ‘Lost To You’, ‘From Beginning’, and ‘No Intention of Changing the World’. Lex Audrey creates their sound with a spectrum of styles especially on tracks like ‘Little Elephant’, ‘TikTikBoom!’ and ‘The Key’, where it’s clear they had a lot of fun experimenting with different elements. If you’re into big tracks that remind you of classic arena rock, then the anthemic ‘Get Me Anywhere’, the synth-heavy ‘Metaphor’ and the massive guitar solos of ‘>>godgiven<<’ should be right up your alley. It’s difficult to place any of the tracks on No Intention of Changing the World into a singular box, as this album manages to tick every box. Synth, indie, electronica, rock, pop, dance, ballads; Lex Audrey can do it all.

Lex Audrey vocalist Niklas said about the album, “It‘s hard to summarize this album in just a few sentences, as we worked very long and hard on it. A lot of the songs are very critical about how technology sometimes has a negative impact on society and the way people interact with each other. We don‘t know if our listeners feel the same way about it yet, but we can‘t wait to find out.”

Listen to the full album below: