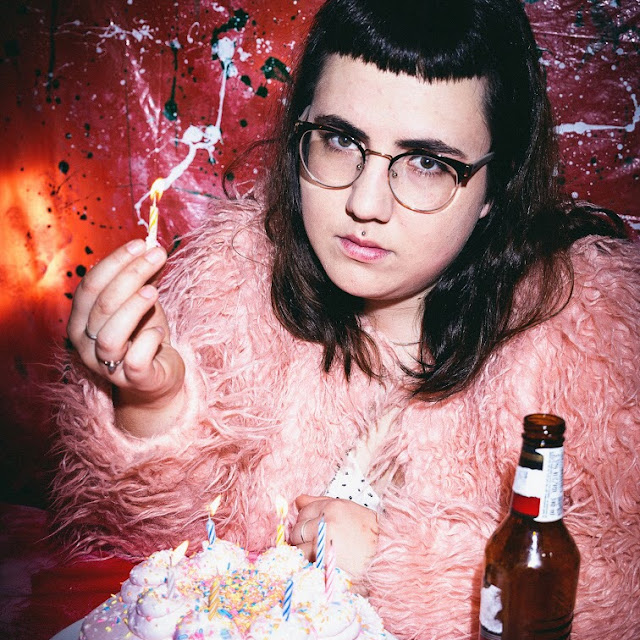 Dark-folk musician, Maya-Rose, is a South African born and bred singer-songwriter who recently released her sombre debut track, ‘Perpetual Dissatisfaction’ via Kudukudu Records. Hailing from the small coastal town of Knysna, Maya-Rose has been making music since a very young age. Trying her hand at multiple instruments like clarinet, piano and the acoustic guitar, she has been performing live for a while, but only recently officially released a single for the world to enjoy.

‘Perpetual Dissatisfaction’, the debut track from Maya-Rose, is a tender folk-song played gently on an acoustic guitar. The whole track tackles the so-called ‘grind’ many people find themselves in; constantly working only to make their boss richer. Constantly putting in the effort for others without seeing any reward for yourself. Yet, this is the society we find ourselves in, and this is the norm we have come to accept. As the lyrics state “this system doesn’t work for us”. ‘Perpetual Dissatisfaction’ sees Maya-Rose bare her soul in a vulnerable take on the psyche of a 21st-century millennial trying to make ends meet, yet still being told she’s not doing enough.


We had a chat with Maya-Rose and spoke about her single ‘Perpetual Dissatisfaction’, the misconceptions of folk music and how you should never underestimate the impact of kindness.

Set the tone for us. How would you describe your sound?

I’d say that for the most part, my music is considered ‘folk’, but there is definitely a darker edge in there that your traditional folk won’t have. I often will describe it as ‘dark-folk’ so that people coming to watch my shows can expect a specific mood, one that’s raw, honest and stripped-down.

You recently released ‘Perpetual Dissatisfaction’. What can you tell us about the creative process behind this song?

Firstly, it’s the first professionally recorded track that I’ve released, which is a big deal for me, so it’ll always mean a lot to me in that sense. I’ve been playing live and making music for many years, but ‘Perpetual Dissatisfaction’ is the first time I’ve shared something in such a concrete way with the online world.

The track itself was written when I was working six days a week scooping ice cream at a dessert cafe. And on top of that I was also working part-time as a freelance editor and a babysitter. I had to travel many kilometres on the train (and if you live where I live, you’ll know that that means 60% of the time the train will stop in the middle of nowhere, there is always a risk of it being set alight, it might not even show up etc.) and stand for 9 hours a day. I became very tired and angry with the capitalist patriarchal system in general. I honestly felt like I was just sleeping, eating and working, and I would do so until my death. (Super light stuff, huh?)

What do you want people to know about this release?

I’m not sure what I want people to ‘know’. Maybe I answered that accidentally in the previous question! Perhaps what I want is for people to know, with this release, is that they’re not alone. Life’s pretty difficult, but it can be shared and there are moments of clarity and peace.

What would you say is the biggest misconception people have over your genre?

That it’s only cheesy love songs and ‘light’ content. Firstly, nothing wrong with that (you do you, babe!). Although a lot of music in the mainstream folk genre IS like that, I think people need to be made aware of the awesome psychedelic and dark folk that’s available out there. People that come to mind are DOPE LEMON, The Holy Drug Couple, Big Thief… There’s a whole world of fantastic alternative folk music waiting for you.

The music industry is known for having its fair share of troubles. If there is one thing you would change about it, what would it be?

For the most part, I wish that the music industry wasn’t so saturated with (and by) white, cis, heterosexual men. There are so many events and festivals that are trying their best to change this, but for the most part, everything remains the same. I live in a country where the majority of citizens are persons of colour, yet all the music line-ups at large events are usually exclusively white men. Something needs to change. 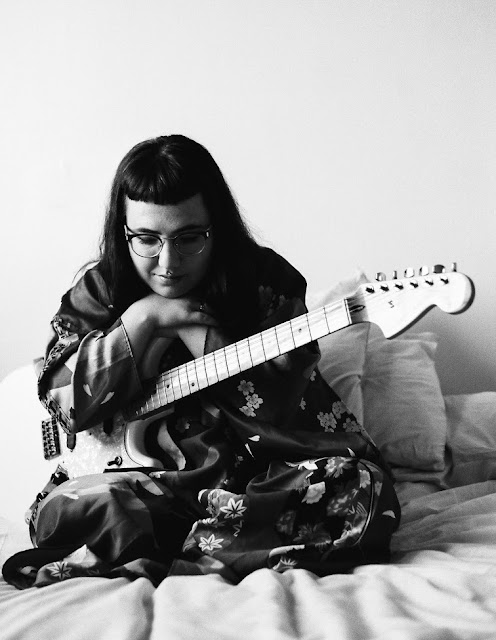 If you could ask your fans a question, what would it be?

I would probably ask a really practical question, like… “How much are you willing to pay for a show?” or “What kind of online content shared by a musician makes you feel engaged and excited?” Not very ‘deep’, but I honestly just want to learn how to connect with my fans more, in a way that benefits both of us.

I usually write music when I have a great deal of time just to be by myself, so I don’t have to feel pressured or rushed. Most times I will start by playing my guitar, experimenting with chord progressions and sounds. When I’ve found something that I really love the energy and sound of, I’ll start humming and mumbling along, making up words as I go, so that I can hear how I want the melody and rhythm of the song to be. BUT sometimes it doesn’t happen like that. Sometimes I will be in such a hurricane of emotions, (whether it’s happy, angry, sad…) that I will just pretty much sit down and vomit it out in the form of music. Those times usually produce really special results as they are so firmly rooted in a moment of extreme feeling.

What songs are currently on your heavy rotation?

I’ve been listening to a lot of woman-fronted bands at the moment! Especially those that have a super crunchy guitar feel, but honey-sweet vocals. It gets me pumped and inspired to be a woman in music.

Watching amazing live music. I am lucky enough that I have been able to see so many local underground artists in the South African scene live, and their tenacity and creativity get me so excited to make my own art. Watching my favourite films also gets the ol’ juices flowin’. I like having beautiful and complicated images saturating my head, it makes writing music such a rich experience. 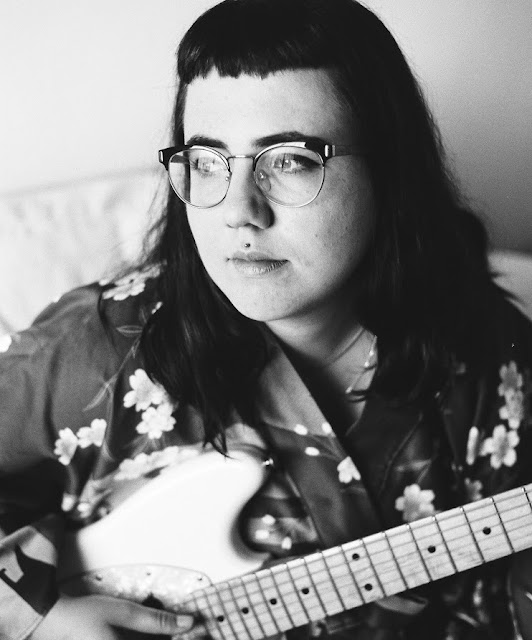 Most of the moments I can think of include the kindness and support of others. My kind dad gifting me an electric guitar for my 14th birthday (albeit a thrift-store no-name plastic strat-look-alike), that I knew he didn’t have the money for. The moment I was given my own acoustic steel-string guitar, by a very kind, older musician, for my 16th birthday, who I still play music with to this day. A kind ex-boyfriend who helped me with my first ever bedroom recordings, as well as with putting my music online. A wonderfully kind owner of a Cape Town bar encouraging me to come back to every open mic night hosted there and eventually giving me my very own slot at the venue. A friend offering to record my whole debut album, out of pure kindness. My current partner, playing music with me for hours on end, every single week, showing me guitar techniques, encouraging me, kindly, every day. I feel so overwhelmed by the absolute kindness I have experienced – there are so many stories like these.

If you had to choose between never playing live again, or never being able to release music again… Which would you go for, and why?

I find this such a difficult question! But if I really had to, I would choose the latter, because I absolutely love sharing my music in a live setting. To be honest, I think in some ways my music sounds way better heard live! Part of the whole experience is the emotional delivery of the track, connecting with real live human beings who have thoughts and feelings. It’s hard to get that down in a recording.

I have a new single coming out later this month! And another in December. And then hopefully a full album release in February 2019. My Facebook page usually has all the deets. I’m also collaborating with a close friend and talented artist on an animated music video for one of the singles. Won’t tell you which one though. It’ll be a surprise. And hopefully a couple of fun gigs lined up! 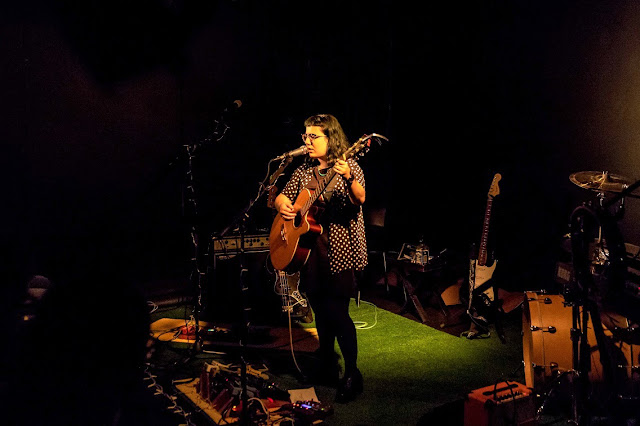