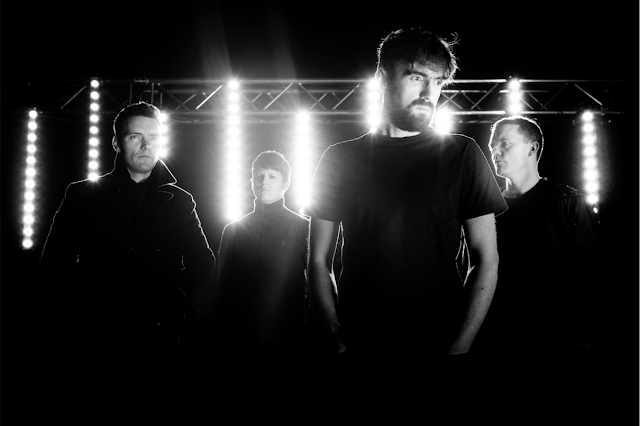 Manchester four-piece The Slow Readers Club have shared the video for their new single, ‘On The TV’, ahead of their sold out headline tour next month which will see the band play the biggest shows of their career so far.

The video blends brooding and atmospheric imagery with a mysterious narrative, cut between shots of the band performing the track in a TV studio. Set against the driving and anthemic track, the video creates an unnerving ambience to match its anxious lyricism.

The track is taken from the band’s new album, Build A Tower, which was released in May this year and went straight into the Official UK album chart Top 20 at number 18, 10 in the physical album chart, 4 in the vinyl chart, 4 in the indie album chart and Number 1 in the cassette chart, as well as tracks receiving extensive support from BBC 6 Music and Radio X. In September they released For All Here To Observe, a collection of acoustic reworks including tracks spanning their entire career.