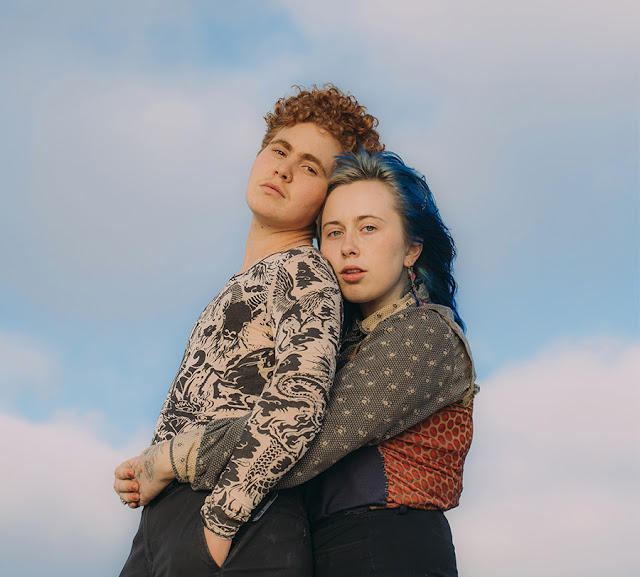 Los Angeles duo Girlpool, comprised of Harmony Tividad (she/her) and Cleo Tucker (he/they), have announced their new album, What Chaos Is Imaginary. The album’s lead single, “Hire,” is a great example of the band’s constant evolution and maturation. What Chaos Is Imaginary is available for pre-order now and due out February 1st, 2019 via ANTI- Records.

Never before has a group’s maturation been so transparently attached to the maturation of its members. This is due in large part to the fact that Girlpool came into existence exactly when Girlpool was supposed to come into existence: at the most prolific stage of the digital revolution. Both online and in the flesh, Tividad and Tucker practice radical openness to the point where it may even engender discomfort; this is exactly the point where it becomes clear why theirs’ is such a special project: they accept the possibility of discomfort-Chaos-and show you how to figure out why you might feel it. This is achieved through their ability to empathize as best friends and partners in creation, with the intention of making music that provokes.

Watch the official video for ‘Where You Sink’ by Girlpool below –