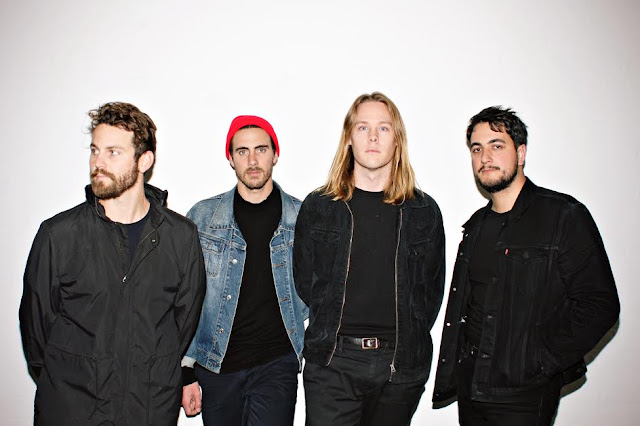 Yndian Mynah are a four piece art-rock band hailing from Cape Town, South Africa. Dabbling between thrilling post-rock sections and shimmering dream-pop, the band are (mostly) instrumental, except for the odd sung or shouted harmony here and there. Yndian Mynah have been a driving force in the underground Cape Town scene for the past few years bringing their hypnotic brand of texture with them wherever the winds may call.

We caught up with Yndian Mynah on sub-genres, instrumental music and taking whatever comes their way:

For those foreign to Yndian Mynah’s frenetic serenity, how would you collectively describe the music you create?

As a band who actively searches for and appreciates other music together, it’s hard to describe a sound and attribute it to ourselves, but the purpose is to create something surprising, nostalgic or even just pure fun. At our hardest points we try to explore a washy post-rock feel but always with a softer contrast of ambient dream-pop somewhere in between.

Your latest release Live at Mercury was released in July by Cape Town-based digital imprint MoonSwing Netlabel. The album is a remarkable representation of your live performance, capturing the same energy and thrill of watching a set. Could you detail this process, and how it compares to being in controlled studio setting?

It’s always the most comfortable playing live for us, and in studio, it was always hard to translate the way we play together without it sounding too separate from itself. After our show at Mercury we realised what we were missing was that live sensation of not trying to perfect something, but actually just to enjoy the music we play together. After experiencing that, I think it’s something we want to try keep, even in a studio setting.

Although there are various shouted, harmonized and sung phrases throughout your music – how do you feel being a ‘mostly’ instrumental band might separate Yndian Mynah from say, a generic, vocally-centered rock’n’roll band?

The decision of becoming an instrumental band came out of time hanging out and playing together, we feel it resonates with things we like as friends and appreciators of the music we share amongst ourselves. We feel that we have less boundaries this way, and love the challenge of trying to communicate something without any sort of vocal narrative.

Post-Rock is a widely debated upon sub-genre, as there are so many forms and tones to what actually defines the term as a genre itself. What does it mean to you? And why do you feel most bands categorized with the term shy away from it?

I think genres specifically force a band to assume a specific style, and especially with instrumental music, the expressive form of it doesn’t really lend itself to being categorised. Having bands like Mogwai and And So I Watch You From Afar in a category away from say, Tycho, even sounds strange. So, I think we write music based on a theme as opposed to a genre, allowing every song its own room. We are not even certain that we are mostly post-rock, it’s fun to be a bunch of things!

What are you most looking forward to about performing at Endless Daze Festival 2018?

The opportunity to play our songs loudly and proudly is what we are most looking forward to. Two years ago at Endless Daze is where we decided as friends that we needed to play at the festival and here we are. We are excited to make some noise!

We are all in love with the tone of Orange amplifiers. Guitar wise, Fenders feel the most comfy. That’s where we are at for now, and with James lending his tone to delays, and Matthew on reverbs, we have realised our band sound naturally leans towards a raw live band sound of guitars, drums and driving bass.


Tell us about Cape Town’s live music scene – is there anything you’d like to change, or even improve about it?

The Cape Town scene is growing through inclusivity at the moment, and that’s amazing. I think there will always be areas to improve, but with a line up like Endless Daze, you can see a mix of everything based on quality of sound and respect for hard work and difference. This kind of exposure from organisers is angled towards people that actively listen and search for music, and for a long time people have been looking overseas for possibilities, but to start putting bands like last year’s Oh Sees, to Witch this year – bands as well as music lovers can learn from that energy first hand.

Care to mention some of your favourite albums of the year? Possibly a few in which are influential to all members!

What does the future hold for Yndian Mynah?

We are keen for anything, and will always love the experience of playing live. The more we can do that and connect with new people, the happier we are. Wherever that works, we will be there and ready to play as loud as possible! 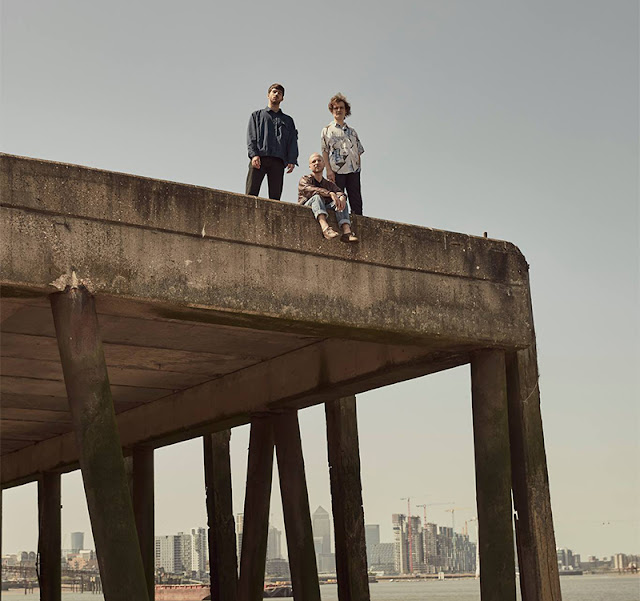 London progressive alternative trio MOHIT are pleased to announce the release of their debut 7” single ‘Racek/Discover Another’ set for release on 30th November 2018 on a heavyweight black vinyl pressing limited to 250 copies.

The band have also just announced a run of UK tour dates supporting Ought in November, with a short run of headline shows also coming up over the next few months.

To celebrate the news MOHIT are sharing a stunning animated video for lead single ‘Racek’, the first to be revealed from their recently-recorded debut album that saw the band working with producer Marta Salogni (Björk, M.I.A, Liars).

Watch the official music video below –

Racek/Discover Another is released 30th November 2018. 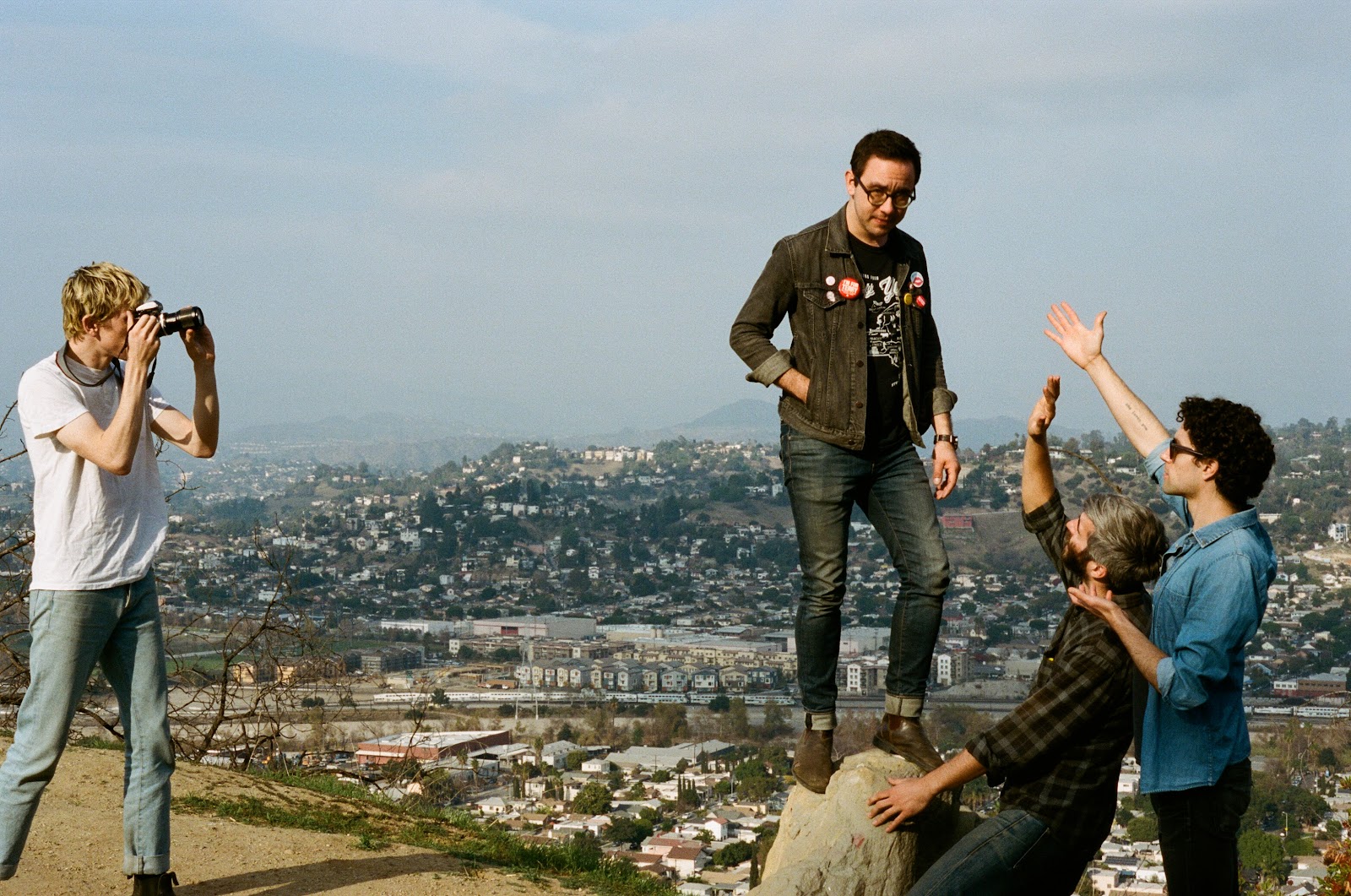 TPC marks a turning point for Canadian indie-rockers Tokyo Police Club. By now, the group has been around the block a couple of times, and instead of withering away into a footnote on the Wikipedia page of ‘indie’, they’ve made a concerted effort to be self-reflective and energetic about their music creation.

If weren’t for this kind of dedication to their craft, TPC would never exist. Tokyo Police Club were on the brink of an apathetic break-up before bassist and vocalist David Monks brought the rest of the team together and convinced the members to not throw the towel in (just yet, anyway). Life happens, and it’s easy to feel jaded, especially when you’re a band that shot to fame so quickly, during a time when indie-rock was at its peak. Instead of fading away, like many of those indie bands from the early 2000’s, Tokyo Police Club have taken the future into their own hands.

And you can hear it on their new record. There is a renewed energy and attitude on TPC that says ‘we did this for ourselves’. Tokyo Police Club drummer explains the process of making the new album and says, “If we’re not doing it for the sake of being a successful band, but just trying to make an album we’re happy with, it takes the pressure off. The expectation was just that we’d do something that would make us happy.“

Not only does the TPC album showcase a new energy from Tokyo Police Club, it also showcases an array of moods and kinds of songs, displaying the group’s versatility. The album feels well-rounded, beginning and ending on songs with similar energies, ‘New Blues’ and ‘Daisy Chain’ respectively. Although they each have their own particular sound, both are chilled-out tracks that display a kind of upbeat skepticism with the world around them.

The second track, ‘Pigs’, gets us right into the deep of the new album immediately, with rock ‘n’ roll guitar runs and a blatant critique of a capitalist society, particularly in relation to the music industry, it seems. Monks drawls, with attitude, “hey man, great show, here’s what you owe”. ‘Hercules’ takes the mood a little higher, with it’s happy-go-lucky melody, samples of friends laughing and cracking open beers and upbeat tempo. 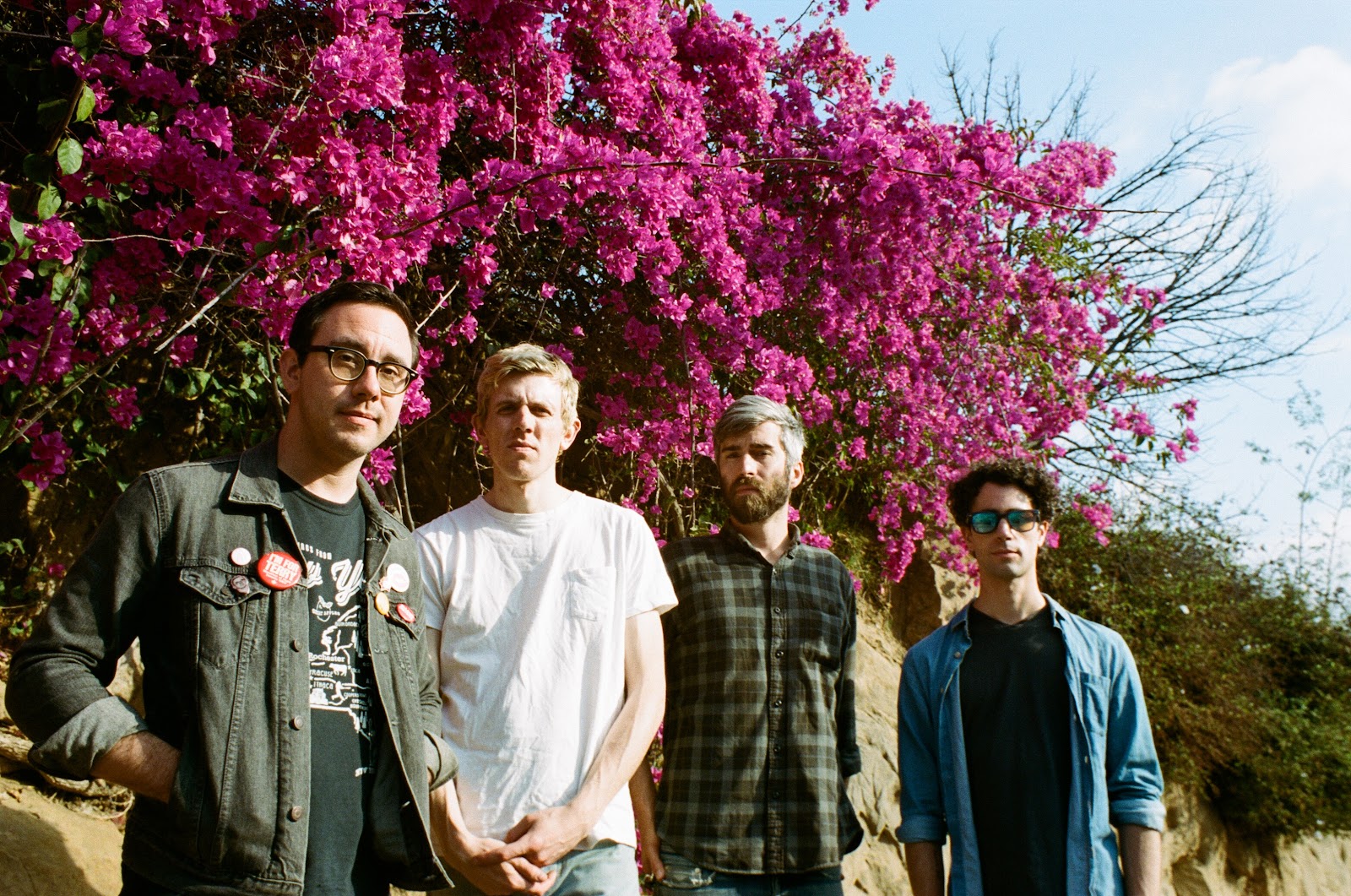 Again, Tokyo Police Club showcase their versatility, with the next track, ‘Simple Dude’, a self-reflective and relatable song that starts tentatively and then jumps into a warm and loving chorus. This is also the track that the band just recently brought out a music video for, an animated set of visuals using lyrics and images scratched onto film negatives. The simplicity and honesty of the lyrics flying across the strips of film pairs perfectly with the track’s mood, one of the most vulnerable on the album, a call for intimacy.

‘Unseen’ shows yet more self-reflexivity and a great deal of maturity, using a combination of classic blues sounds and modern vocal techniques. Track six, ‘DLTFWYH’ seems to embody the whole mood of the album, ‘don’t let them fuck with your heart’; it’s a track that holds equal parts gentle introspection and attitude, which is exactly what ‘TPC’ is all about.

The next two tracks give a little bit of old-school Tokyo Police Club energy, with the youthful and upbeat ‘Can’t Stay Here’ and the vibrant and quirky ‘Outtatime’. ‘Ready To Win’ is certainly one of the most outstanding tracks from the album, and perhaps also part of the TPC mantra. It’s an honest track speckled with the f-word, an empowering and raw piece about the beauty in fucking up.

‘Edgy’ takes us to a more traditional place of songwriting, with much of the depth of the track lying in the honest lyrics, about dealing with expectations. The group takes us home with two more slower tracks, with the melancholy ‘One Of These Days’, a bittersweet love song and ‘Daisy Chain’, the sweet but every-quirky last track.

It’s quite clear that Tokyo Police Club have taken an almost-breakup and flipped it on its head. Perhaps this diverse and mature showcase of their music on TPC can be a lesson to us all; don’t let the industry get you down, use that energy to create something worth sharing and, most importantly, don’t let them fuck with your heart.

Listen to TPC below: 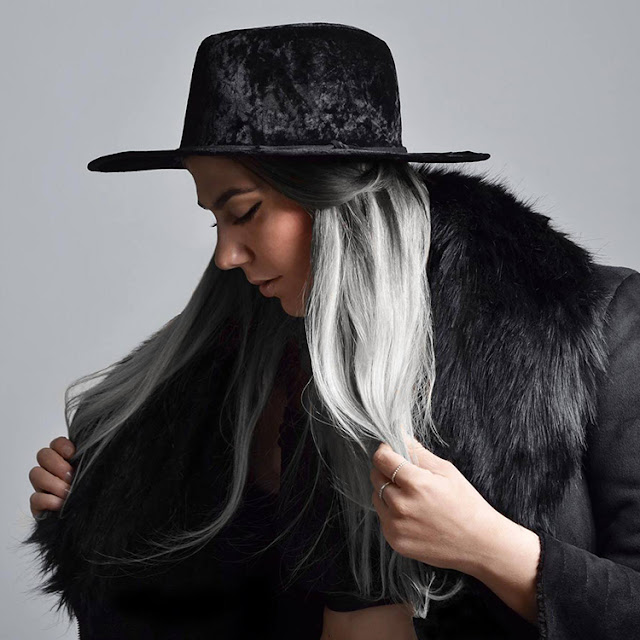 The Swedish ‘Death gospel’ artist has delivered a truly awe-inspiring release that sees her channel the confident and sultry vibes of the early Fleetwood Mac-era, producing a tighter and more focused sound in the process.

Since the release of Purge last year, Louise has been focusing her attention on more elementary deep sounds and even more profound lyrics. ‘Cross’ sits as the example of what we can expect from this new record, confident and captivating throughout with her immensely strong vocals in the foreground.

Stream ‘Cross’ by Louise Lemón below –

Louise Lemón will release her new single ‘Cross’ on 28th September 2018 via Icons Creating Evil Art, with the new album set to arrive in March 2019.