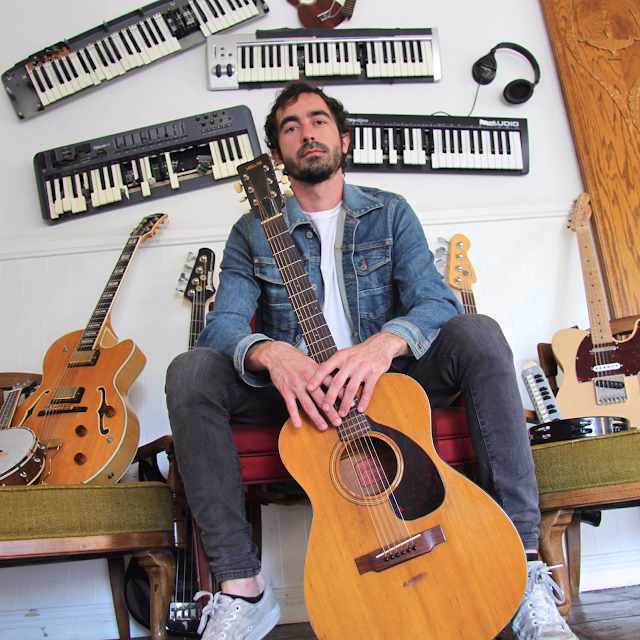 After years of focusing on working with other artists (Happy Sometimes, DVBBS, Wyclef Jean, Ryon’s World) in the studio and on the stage, Mike O started his very own solo music project last year – and so, CARDS was born. The eclectic indie-pop writer and producer has been steadily releasing his solo singles to the world and have recently released a killer track titled ‘Periphery’.

With a wide range of influences, CARDS is a project that is always evolving, blending genres and weaving in-and-out of indie-pop and commercial music. Whatever CARDS is making, it’s always fun and thoughtful. Be on the lookout for more singles being shared this year by this rising star, as well as some exciting shows and an album on the horizon.

We caught up with Mike O of CARDS and chatted about the beauty of releasing your own music online, the importance of lyrics and hot peppers…

Set the tone for us. How would you describe your sound?

It’s a little different every time – sometimes I’ll have a chord progression I really like and I’ll improv some lyrics. Other times I might have a lyric I’ll sit on for a while and I’ll cycle through different musical vibes until I get the right one. Most of my songs get written around 3 – 7 AM and then I have a handful of close friends I trust to help me with quality control.

A large cold-brew and the pen.

Most of my songs during the fall of 2017 and winter of 2018 were sort of dark and expressed or accepted negativity. When I sat down to start writing in the spring, the songs came out a little different, more sanguine. Some people thought this might confuse listeners or that it might be a weird brand move. I decided I didn’t care and it reinforced my idea that no CARDS song should ever really sound like the one that came out before it.

David Bowie is quoted as saying “It makes me so angry that people concentrate on lyrics. It implies there’s no message in the music itself.” What are your thoughts on this statement? Music or lyrics?

I wonder if he was speaking for songwriters or listeners when he said this and I also can’t imagine him angry. My personal belief is that music and lyrics go hand-in-hand. You might be able to interpret a song differently after-the-fact, but I feel that there’s only one way to accompany a certain lyric or a certain piece of music. It’s all one thing and if you second guess yourself while creating in the moment, you might miss what was really meant to be.

Tell us about the chemistry you have with your fans on stage.

My first live show for CARDS won’t be until later this fall or early this coming winter, but I play live guitar for a lot of the other artists I collaborate with. The chemistry is always based around the music and never really around aesthetic or effects. I think these days, it’s hard to tell if the artist you’re listening to is drawing you in because they’re a walking version of a Tumblr page or because they’re creating music that you actually connect with. As a listener, I want to get to an artist’s live show, close my eyes and love it just as much as when I listen to it with any visuals. I feel it’s like this when I play with Happy Sometimes or Amber Frank, they both put the music before anything else.

Probably the first time I showed a group of people my first two singles. I work on a lot of other artists’ projects as a producer/writer and I was playing a new batch of songs for my friends one night last summer. Somewhere in the mix I snuck in my songs ‘Facts’ and ‘Wonderful Life’. Everyone was really supportive and it helped me get the confidence to start putting out records. I don’t even think I had a name for the project yet at that point.

If you had to choose between never playing live again, or never being able to release music again… Which would you go for, and why?

Even though I have bigs plans for my live show, I kind of just like working on music at home and putting it online.  It’s great to be able to record something in the morning and have the ability to release worldwide by yourself later that night. I couldn’t live without that.

A couple more singles, the debut show in LA and then I’ll drop the full album. Hopefully after the album comes out I’ll tour or at least play some Philly and New York shows before releasing more records.

Provolone, wit. Side of hot peppers.

Canadian alt-pop quartet ROMES have released their brand new Beyonce-inspired track ‘Out Of It‘, out now via Five Seven Music. This is the first taste of their upcoming second album, the follow-up to their self-titled 2017 debut .
‘Out Of It’ was produced by Tony Hoffer (Beck, Phoenix, Fitz and the Tantrums, M83) and the official music video was directed by drummer Nicolas Amadeus in Northern Ontario, Canada.

Watch the official video for ‘Out Of It’ by ROMES below –

ROMES is comprised of brothers Jacob Alexander (vocals) and Nicolas Amadeus (drums), Andrew Keyes (bass) and James Tebbitt (guitar). The childhood friends met while attending school in Ireland, connecting over their mutual passion for rock music and undeniable chemistry as musicians. Perfecting their inimitable sound since their adolescent years, ROMES effortlessly documents true emotion in their songs while accenting each member’s personalities to create irresistible, eclectic music.
Order ‘Out Of It’ single by ROMES
For more information follow ROMES on Facebook 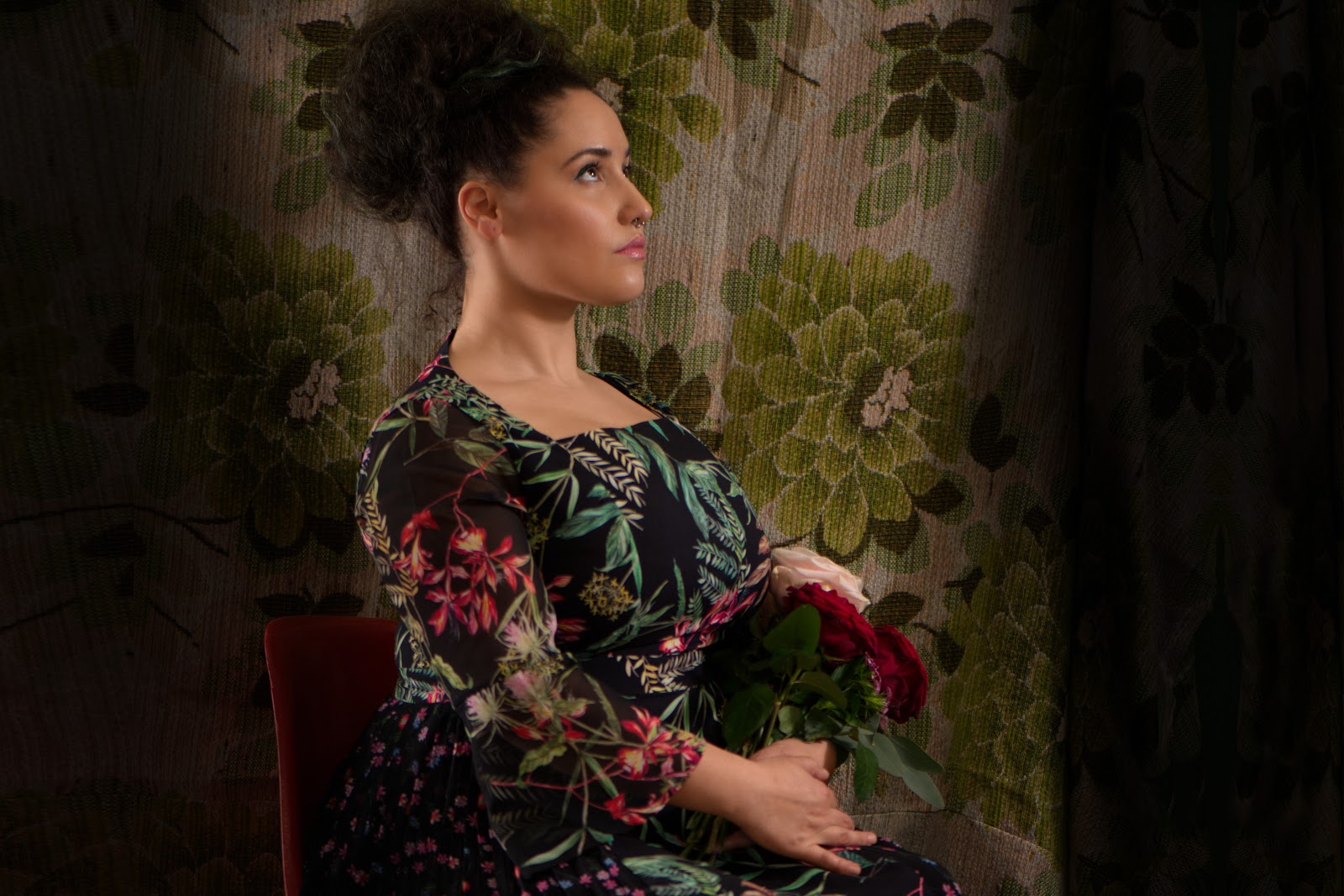 Cosmopolitan soulful songstress, Annie Goodchild, has announced her new EP Meditative Mouthfuls set to be released on 28 September and to make the time pass quicker, she has also shared an incredible new single, ‘Ether’ via Radicalis Music.

Annie Goodchild is no stranger to the music industry having been part of it her whole life She has seen big success as a vocalist on the popular Youtube channel Postmodern Jukebox where her videos have been streamed just under 8 million times. She’s had similar success on Spotify as she currently has more than 3.7 million streams.

Meditative Mouthfuls is Goodchild’s second EP and was produced by the talented Berlin-based Hannes Butzer who is well known for his collaboration with underground alternative pop and singer-songwriter musicians, such as Mogli and L’aupaire.


On her latest single, Annie explains: ‘Ether’ is a song I wrote for myself, which is a first. A reminder of self-love. It came out during a time where I consciously decided to not let fear dictate my path anymore. It’s not about everything becoming easy all of a sudden, but about a balance between the doubtful and self-conscious parts of me and the part of me that is showing up for myself. I played around with genres and wanted to have electronic elements throughout but not lose the organic feel that grounds the song. This soundscape is a theme throughout my new EP ‘Meditative Mouthfuls’. 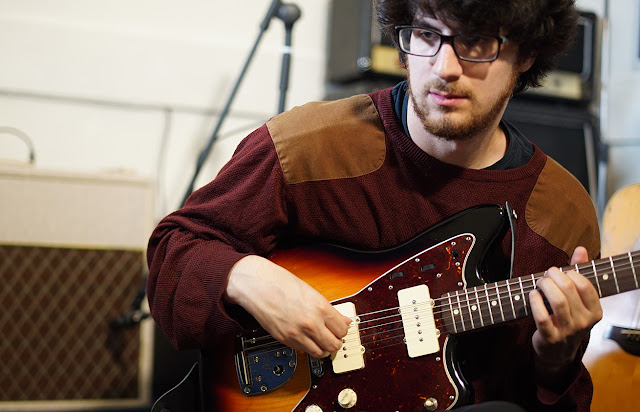 Alternative rockers SWYM have announced the release of their brand-new single ‘I Hate You Because’, along with B-side ‘Interlude (Goodnight Starlight)’. The tracks will be released via SWYM’s very own Swym Records, on August 17. Last year the band released their debut EP, ‘Your Distraction’, which received support and recognition from tastemaker publications such as The Scottish Sun, Clash Mag, The Skinny, Music Week and Paste Mag as well as praise from Amazing Radio’s Jim Gellatly.
Hailing from Aberdeen, Scotland, the band was conceived by the talented songwriter, producer and multi-instrumentalist Nassif Younes, who was then joined by Isaac Barnes on bass-guitar/backing vocals, Innes Cardno on keys/guitar, and Kit Purnell on drums/ backing-vocals for live shows and Scott Bruce for SWYM’s recorded material. The team are currently finishing up their upcoming debut LP, with the upcoming release of ‘I Hate You Because’ and ‘Interlude (Goodnight Starlight)’ giving us a taste of what’s to come for this diverse-sounding group.
Explaining SWYM’s upcoming single, ‘I Hate You Because’, Nassif states: “Most of my songs come over time. The hook comes quite quickly and then it’s a slug to bring out the rest. ‘I Hate You Because’ was one of the ones that just came immediately. I was walking to the studio to give a guitar lesson and it all just happened there. Words, chords and melody at the same time. I left my student in the waiting room for 5 minutes so I could record it on my phone. As soon as I got home that day, I picked up the guitar again, put down the bridge and that was it.”
SWYM Upcoming shows:
8th August: Nice N’ Sleazy, Glasgow
10th August: Cafe Drummonds, Aberdeen
Follow Swym:
Facebook – Twitter – Soundcloud – Youtube – Instagram – Spotify