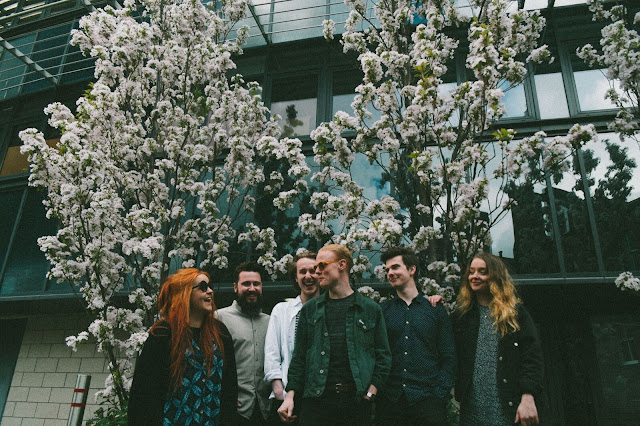 UK-based Talkboy had a chat with us about the recent release of their single ‘Mother’. This six-piece consists of Katie Heap (vocals), Calum Juniper (vocals), Tim Malkin (guitar), Charlotte Jones (keys), Tom Sargent (bass), and Jake Greenway (drums). Together they bring forth a sweet and playfully nostalgic sound that comes together to conjure up images of friendship and closeness.

More often than not, when a group consists of too many members, the sound can get lost as it’s trying to be too much; that is not the case with Talkboy. With each element of their music it is obvious that a lot of thought went into each little detail to bring forth a full, yet light sound.

Listen to Talkboy’s endearing single ‘Mother’ here while reading about them:

To those not familiar with you, how would you describe your sound?
I guess the easy way out is to say indie, let’s go with that for now. If I think of anything more interesting I’ll let you know.

How did it all start for you?
We were all really good friends throughout university and had been in different bands together during that time. It just felt like a really natural thing to do after a couple of our other projects felt like they had ran their course. The first few weeks of this band were so much fun for all of us, not that it isn’t still loads of fun, just that it was so great for everyone to be really excited to do this together.

Are there any key pieces of equipment that you can’t live without?
Tom (our bass player) has a pretty impressive beard, I don’t think we’d be the same without it.

What are some of your key influences in your music?
There’s a lot of us in the band (six) and we really try to let everyone have their own voice, this means that everyone brings a whole lot of different influences to the Talkboy table. I guess we kind of came together under a general love for bands like the Big Moon, Warpaint and Radiohead.

What is one sub-genre you think doesn’t get the attention it deserves?
One of my friends at work said his band was ‘funeral doom’ the other day and it blew my mind, I have never heard a funeral doom band before but I have a pretty good idea of what they will sound like, and I like that. For that reason, I think funeral doom deserves a bit more attention.

Any new or upcoming artists on your radar?
There are loads of really great bands from our hometown of Leeds. Team Picture, The Golden Age of TV, Weirds, Peaks, and Roe Green are all doing really well.

What makes your live performances different from the rest?
Like I said earlier, there are a lot of us on stage and we really are all close friends, most of us have lived with one another at some point. I think when you’re that close to people, each encounter you have is special and unique, when you’re on stage in front of people, those little things you do without even noticing become a whole lot more interesting.

What single night out has been the most memorable for you?
The most recent single launch we had was really special. We were overwhelmed by how many people came to see us, the gig was great and the party continued long after the show had finished.

Do you have a tip for anyone else trying to create their own music?
I don’t know if we can give advise out yet but we just like doing us, if you like what you’re doing, hopefully someone else will but if they don’t, that’s still ok because you’ll still like it.

What is your favourite venue of all time?
Manchester Apollo

What can we expect from you in the near future? Any upcoming projects or gigs in the pipeline that you would like to tell us about?
It’s a real busy time for us at the moment, we have a gig at Night and Day in Manchester on 20th July and another few shows following on from that (keep your eyes on our Facebook for more information) and in between that we’re going to record some new music which is always super exciting. 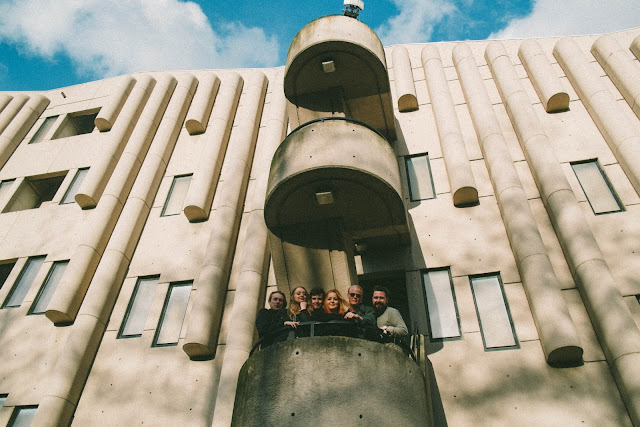