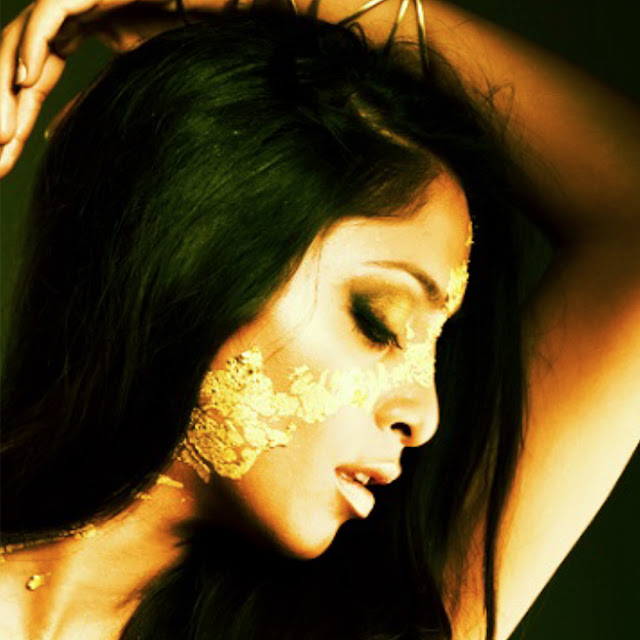 Chantitown grew up in a household filled with musical influence and received her first musical lesson whilst at still in school, whilst knowing that her passion for music was a “soul-connection that ran deep” , and vowing on this ever since.

On the new single, Chantitown adds, “This song is about someone who left a place they called home for a better future. I tell stories through my songs in hope that some people can relate in some way, or just connect. The particular person this song is based on left his home and country as a child, and reflects back as a grown, accomplished man having done quite well in life – he had never lost the connection with the place he came from. Interestingly enough, social media keeps everyone connected these days, but my father for example, left his country to live in England, and I guess “Cause and the Cure’ is partly inspired by this. Its open to interpretation, but “The Cause” being a reason you leave a place “The Cure” the very same place that heals you spiritually and emotionally” 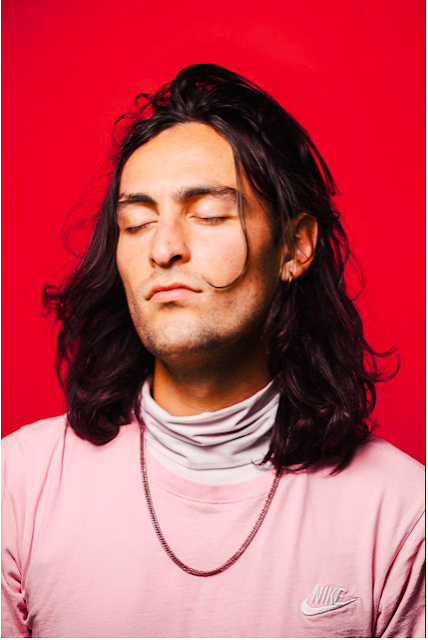 Alternative artist SEPHA talks to us about working on his new project, creating killer music with limited equipment as well who he’s be if he wasn’t doing music.

The Psychedelic-Rock inspired singer has just recently released his single ‘What We’d Wished We Said’ on all digital music platforms. The track was written, produced and performed by SEPHA himself as well as mixed and mastered at the famous Hackney Road Studios by Shuta Shinoda. We managed to get some valuable information from the creative with regards to his musical vision, his creative process and what he has in store for fans this coming year.

Hi there, how are you and what are you up to today?
I’m good thanks, just this endless winter is getting a bit much. Today I’ve just been working on my album in the countryside. Doing the best I can on the demo songs with limited equipment at the moment but have been working on these songs and the album for a while now and its the most proud I am of anything I’ve ever done already.

To those not familiar with you, how would you describe your sound?
Its just pop I feel. But there’s my own attitude to it. A lot of the songs are a sort of Alternative take on the Nu-Disco/Funk sound with Psych Rock and R&B moments. I always think its better asking my listeners what it makes them feel and going from there – I have a vision when i create but I don’t aim for any genre specifically. I am a huge fan of everything from hip-hop to metal to folk to jazz, so I don’t want impose any limitations. Even though I did have a sound for my first releases and have worked on an album which progresses from that. The best review I’ve read of mine was from a French Blog (so I used google translate and could’ve misinterpreted what they said completely) where they just described my song ‘Skin’ as ‘slowly caressing their thighs & working its way up their body sensually’ or something like that haha. Very french but also I like the idea of just describing a sound sometimes now that genre becomes so indistinct a lot of the time.

What are the 5 albums and artists that have influenced you the most?
I mean I can’t really give this a definite answer but in terms of 5 artists who have been incredibly important to me I would say Death Grips, Jimi Hendrix, Prince, Tom Waits and The Clash. In terms of 5 albums I would say Aphex Twin – Drukqs, Cocteau Twins – Heaven or Las Vegas, Outkast – Stankonia, Pixies – Trompe LeMonde and Deftones – White Pony. I’d say this for now but I don’t like narrowing things down and would change my mind if you asked me again.

What other artists do you really like at the moment and why?
At the moment I’m listening to my pen-pal friends Apollo Hill, Swamp G and Osi Mac a lot for the grooves, but I’m currently pretty obsessed with the alternative hip hop scene in the US which fuses metal influence into their style. My big ones are Sowhatimdead, Blvc Svnd, Yung Flex and Suicide Boys but I love how Hip-Hop has so many innovators right now, even just like Princess Nokia and Mykkie Blanco bring so much to the genre and music in general and even if you want your classic wordsmiths then theres always Kendrick Lamar, Run the Jewels and Brockhampton. I love rock music but I don’t feel like there are bands coming out and truly innovating enough in the same way. I guess thats a small reason why I want bring the guitar into this new context as some of the sounds on my songs most people don’t even know are guitars.

What are some of the key pieces of gear you use to write your tracks in the studio? Or do you prefer to use software and plug ins?
I used to write all on instruments and do the live recording thing so I would rely on a Boss gt-100 pedal a lot to transform and recreate unique guitar sounds. Everything was quite pedal heavy and then samples for percussion etc I would input into an octapad. That was until I could afford a good laptop though – so being able to actually produce again finally made me get into sampling more. In terms of actually writing a song I usually write the lyrics or chord progression/riff on guitar or piano. The beat and bass etc usually comes after but there have been times when the beat has inspired the whole song, like in ‘lotions’ where i was trying to create a hectic sounding beat made of drainage and sewage sounds, which turned into more of a weirdo tropical type thing with elements of science fiction. Or ‘Real Enough’ was actually a live drum beat to start.

Has your arsenal of equipment changed much since you first started?
I’ve had to sell different things for rent sometimes as I’ve been pretty unstable for a while, so yeah i guess its changed each time I couldn’t pay a bill or train ticket hahah. In general though I love my acoustic guitar, its a cheapo standard acoustic but its been with me throughout my life and I still write some of my best melancholic songs on it because the wood I feel has a natural wisdom now and we’ve been through life together.

Do you enjoy playing to an audience or working in the studio?
I love playing live but gigging all the time was getting tiring and relentless a few years back and with little reward. I kind of had to sit down and craft my sound first in between the different places I’ve lived, so that I’d have everything I wanted to work forwards from. My first gig this year will be well oiled because I haven’t burnt myself out on the circuit so I’m looking forward to it, going to get loose.

If we gave you the budget to put a line-up together for a mini fest, who would you book and where would you play?
I was once amusing myself about the idea of a random ‘pot luck’ festival. Not sure why.
So there would be one stage – but like a really cool stage with mad lights everywhere, maybe ultra violet stuff? I don’t know why not – maybe in a sort of tunnel structure of lights and then screens either end. But then it would be pot luck because there’d be loads of random acts and no one would know what time any of them play – so maybe Diplo would take a 10 am slot followed by a Norwegian Black Metal band with 500 Soundcloud followers who won a competition to play it – and then its midday and BAM! The Weeknd is on but then following him would be the most random Band reunion that no one and no press coverage anticipated… like…. The Smiths and then yeh suddenly Freddie Gibbs is on and all those Smiths fans have to appreciate hip hop now haha. I mean it wouldn’t work but you said you’d give me the budget so…oh yeah and I would play whenever don’t mind – it’s the pot-luck festival mate.

If you weren’t a musician what would you be? *
Well I don’t think I’d be myself, so maybe I’d be Steve O. But not like doing something that Steve O does I’d be actual Steve O.

Do you have any information regarding upcoming releases, projects, DJ mixes or collaborations in the pipeline that you would like to tell us about?
Got a few insane music video’s coming but one’s with actual teams behind them unlike the DIY stuff I’ve been putting up on my Youtube so far. Though I think I’ll put another of those DIY videos up soon before the fancy stuff. But yeah other than that I have my album which I want put out later this year and shows will be announced soon too.

Listen to SEPHA’s ‘What We’d Wished We Said’ here 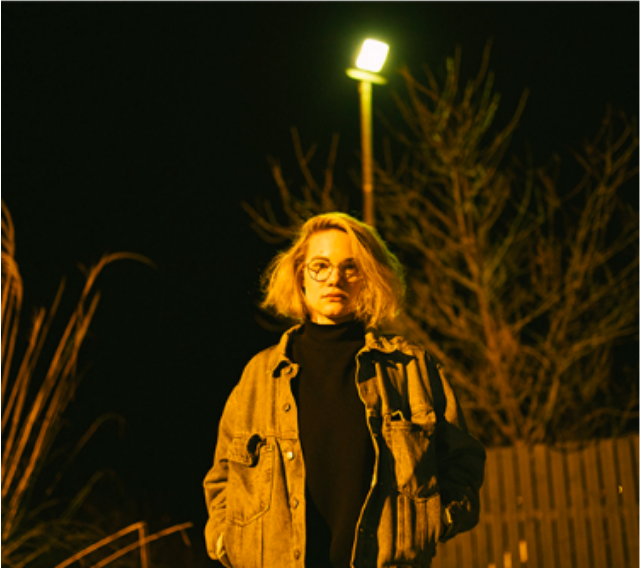 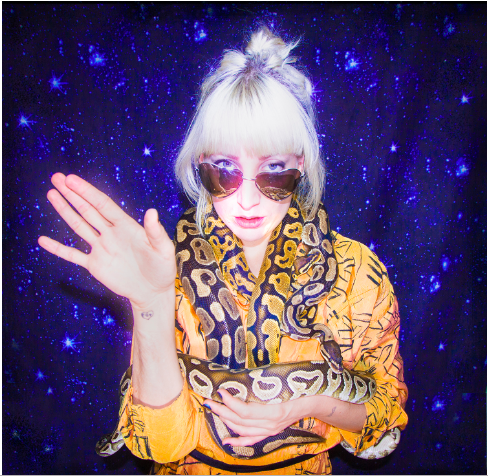 “Hope Music” is the new EP set for release on 4th May via Radicalis by sensational songstress Evelinn Trouble. With previously released singles ‘Monstruous’ and ‘Hope Music’ (the title-track of the upcoming EP), have received immense support from the likes of Clash Magazine, All Things Go Music, Noisey and Variance Mag have also been met with an overwhelmingly positive response from fans and media alike. Originating from Zürich, the now Berlin-based Evelinn Trouble has already gained over a quarter million Youtube views, seen support from Line Of Best Fit and her track ‘Sunset Everytime’ was named by Noisey as one of “The 33 best Swiss rock, indie and alternative songs of the year” with radioplay including Switzerland’s Radio SRF3. Trouble performed back-up vocals for Swiss export Sophie Hunger, and has collaborated with STRESS, and she has taken to the stages of The Great Escape Festival and Montreux Jazz Festival.

Influenced by great artists Frank Zappa, Nina Simone, Karon Dalton and Jimi Hendrix as influences, Evelinn Trouble’s sound begins at the intersection where Thom Yorke meets Patti Smith. Like her debut, she recorded and produced this release herself, the sonic universe being a collage of two years of home recording in several bedrooms, attics and hotel rooms across the globe – mixed in Berlin, where her nomadic spirit resides for now.

Trouble comments on her new EP: ”This kind of writing doesn’t come easy to me. Now I love it for what it is; songs about the impossibility of love, made of scraps, wrapped shiny in plastic. There is this card in Tarot called the “Hanged Man” – it became a symbol for the song ‘Prison’ to me. The card means that you are stuck in a situation and you have to wait it out. There is literally nothing you can about it, your hands are tied.  You can’t move, but you want to. That creates a lot of tension, that’s why the song sounds so aggravated in places.“