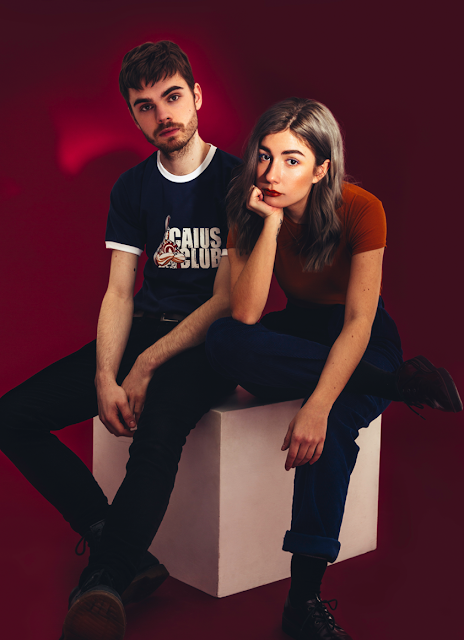 Indie-pop “wunderkinders” Leyya have released their much anticipated new EP Sauna. The duo have also embarked on a European Tour to promote the new album.

Leyya have been building up an archive of successful material. Sophie Lindinger and Marco Kleebauer have garnered significant attention with their colourful, versatile blend of idiosyncratic indie-pop.  Their debut album Spanish Disco was an instant success, and following singles ‘Oh Wow’, ‘Zoo’ and ‘Drumsolo’ have cemented their reputation as an act to take notice of.

In addition to to their acclaimed live performances (their show at Eurosonic Nooderslag 2017 was called “The best concert of this year’s Eurosonic Festival”) Leyya have a knack for cinematography. The accompanying videos for their tracks are almost stand-alone art-pieces, and the duo manage to effortlessly convey mood through their quirky visuals.

The video for the last single to be lifted before the release of Sauna, ‘Heat’ was one such example.
Director Marie-Therese Hildenbrandt says about the video: “The song Heat for me has a very strong energy. We wanted to transfer that energy using the concept of a girl gang. The video itself has a tinge of an ironic undercurrent. The play with violence and weapons was used as both a critical and humorous view on female emancipation and the suspense-packed times we live in.”

Sauna opens with an energetic title track, and songs like ‘Candy’ feature laid back percussion and playful basslines. ‘In Your Head’ kicks off with Sophie Lindinger’s hauntingly charming vocal work before exploding into a post-rock inspired whirlwind of distorted guitars and crashing drums. ‘We Did OK’ could be Sauna’s ballad; serene, heartfelt vocal work, slow, deep basslines and solidly concise drums and percussion performed by Marco Kleebauer.

Leyya said about the record, “We developed a rougher and more playful sound on Sauna and we focused on instruments and sounds from all over the world, combining them with our way of making music,” Leyya explain. “The vocals and the beat received a spot in the foreground for a more intimate feeling and what was very important to us in the songwriting process was to have different layers so that everyone can find their ‘space’ in that song. You can listen to it as a ‘simple’ pop-song…but you can also dive a little deeper and realise that there is more than that.” 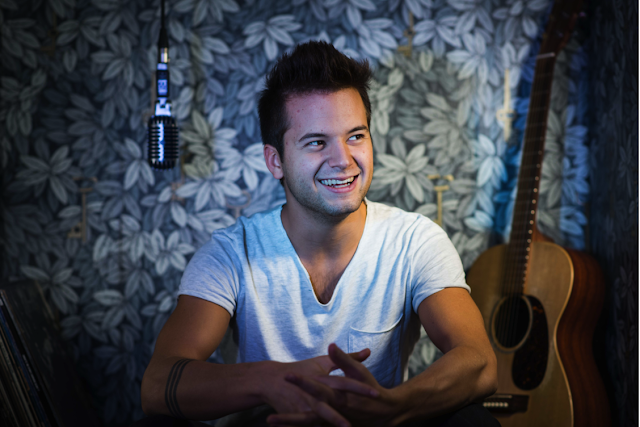 Alessandro Bossi, better known as  KIOL is an Italian singer/songwriter. His latest single ‘Hard Things’ was produced at the Grouse Lodge Studio in Ireland by Paolo Nutini’s producer Dani Castelar and  released last year via Join Records. Drawing influence from acts like Kings of Leon, Amy Winehouse, The Beatles and James Brown, his sound meets halfway between the tenderness of Folk and the groove of Blues.

We chatted to him about his songwriting process and his plans for the future
Set the tone for us. How would you describe your sound?
I stare halfway between the tenderness of  Folk and the groove of the Blues.
Whats on your current playlist?
Like any teenager of this world I’m an open box… I’m influenced by many different artists. When I discover something new, I get curious and I start listening to that only. On my current playlist there is Alabama Shakes, The National, Alice in Chains, Gorillaz… my current addiction is Sam Cooke.
Take us through your songwriting process. Are there any particular steps you take when putting music together?
I always start with the rhythm. Sometimes I have an idea of the entire song, the melody and the structure. Sometimes I get the riff on the guitar, I record the instrumental and I work on it adapting the words to the song. Other times I start from the lyrics and I work with my guitar on the melody.
What gets your creative juices flowing?
I need experiences, I need to be curious about life, I can get inspired everyday by everything but I need to stay woke! Sometimes late at night I smoke weed while I’m listening to good vinyls… these two things are definitely connected.
What do you personally consider to be the incisive moments in your artistic career?
Well, first of all, the moment I wrote my first song. A life changing experience was when I went to Ireland and I discovered my love for folk music. Then the moment when I met my current manager, who’s making my dreams come true. When I played at 02 Academy in London, when I recorded with the Long Run Team (co-producers of Nutini). Every experience changed me. The more I live, the more I learn.
David Bowie is quoted as saying “It makes me so angry that people concentrate on lyrics. It implies there’s no message in the music itself.” What are your thoughts on this statement? Music or lyrics?
I don’t agree. Words and music should go together…
I’m used to concentrating on the sound of the words. You have to create mood with the music, and the concept with the words… but also vice versa, working less on the content of the lyrics, using the right sounds of words and trying to let the music speak. In my opinion, words and music are complementary.
Tell us about the chemistry you have with your fans on stage.
My aim is to have fun on stage. When I’m totally enjoying the moment, I feel like I can connect  people. I feel like we’re one. I play with them, I sing with them and I think that this is one of the best emotions you can feel. Sometimes I get scared before the show, but when I’m on stage and I start using my voice, I look at people’s faces, their energy comes to me and the magic happens.
What is the most memorable response you have had to your music?
One day I received an e-mail from a friend of mine. He was having such a hard time and he said that Hard Things was helping him to find a way out of that bad period. His words were full of gratitude. He was thanking me just because years ago I was living the same moment and I wrote about it.
I felt unique. It was the evidence that people feel something when they listen to my songs. I simply felt useful. Useful for everyone who needs to be understood.
Like that time I played for a crowd of 1200 people. They were standing in front of me, smiling at me. We were one thing that night, and I felt invincible.
If you had to choose between never playing live again, or never being able to release music again… Which would you go for, and why?
Not so easy. I’ve written so many songs and I want to share them with everybody. So I would go for never playing live again… even if it means depriving myself of one of the most incredible emotions in the world.
Breakdown the news for us: what can we expect from you in the near future?
I’ll be totally focused on this project. I’ll do my best to reach my goals, which are playing in front of  people, composing songs, co-writing with artists I like, and living my life hundred percent.