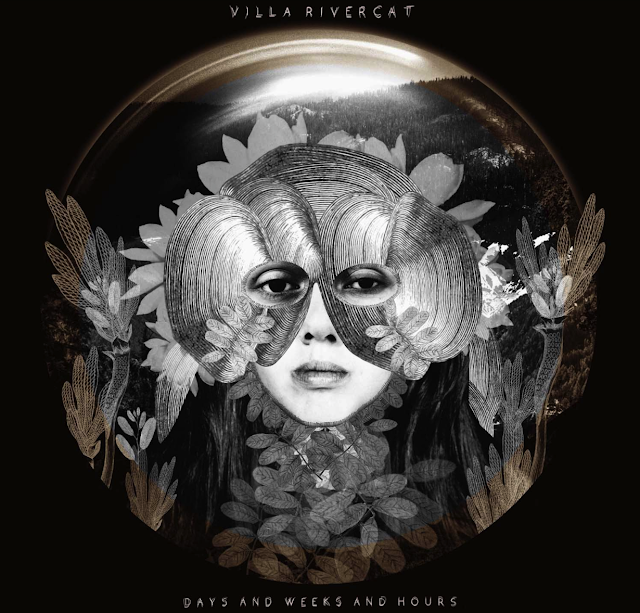 After the release of their single ‘More,’ five-piece indie-folk collective Villa Rivercat released a stirring new LP Days and Weeks and Hours earlier this month via  NIWI Records (Dream Lake).
Citing influences such The Band and Joni Mitchell,  Hanna Fideli Fritzell (lead vocals, guitar), William Lindberg (bass guitar, vocals), Ida Säfström (vocals, violin, harmonica), Jonathan Vester (lead guitar) & Karl Geisler (drums, percussion) formed Villa Rivercat in Dalarna, Sweden at the beginning of 2015. Their psychedelic textured sound has seen the stages of charming intimate venues such as Cantina Real, and Teater Pero (a performing arts theatre based in Stockholm) and they have played festivals such as Tantoklafset  in Stockholm,  Peace and Love Festival in their hometown of Borlänge, and will be on show at  Pferdefest (Germany) in 2018.
On Days and Weeks and Hours, Villa Rivercat take us back to another time while keeping us wholly in the present, and the familiarity of the sound is offset by the uniqueness of the approach. Offering a richer, more atmospheric take on the indie-folk we’ve come to know, Days and Weeks and Hours allows you to lose yourself in its stories.
“We recorded most of our stuff in a house back in Dalarna. The recording process was very thorough thanks to our producer. For example, we could spend almost three hours just to get the hand claps sound right. However, the result turned out to be better than we could have ever imagined.” says Villa Rivercat on the new album.