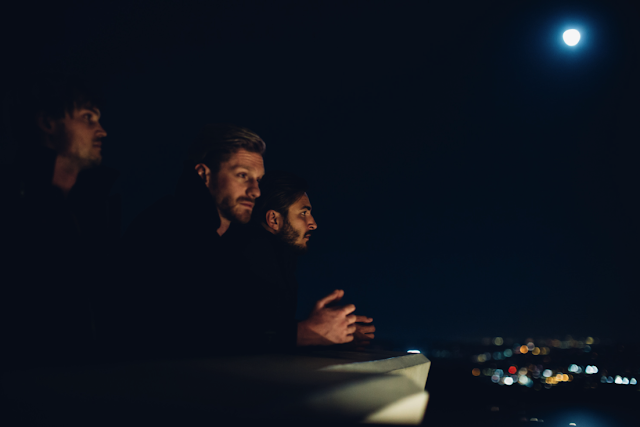 Brought to you from idyllic Vienna, Hunger are an electronic pop/rock band with a moody but melodic blend of alt-rock and synth-pop. They released their new EP Amused in early December and have delighted critics and fans alike with what has been described by Red Bull Music as  “dark electronic pop/rock at its finest.”

Hunger have shared stages with some big names – Alt-J, Phoenix, Feist, Sohn, Milky Chance, and The Strumbellas, and they have piqued the interest of of a string of tastemaker publications. Their Youtube videos have racked up over five hundred thousand views and they also featured as the soundtrack to Netflix’s ’13 Reasons Why.’

Daniel Rumpel and Johannes Herbst and Lucas Fendrich are the men behind the music, and alongside producer Dan Weller, they worked on bringing a vast cinematic sound to Amused. The album digs deep into the undercurrents of alt-rock and synth-pop, and is a pleasantly accessible offering. Right from the start with title track and opener ‘Amused,’  Hunger bring you in and captivate you for the entirety of Amused EP.