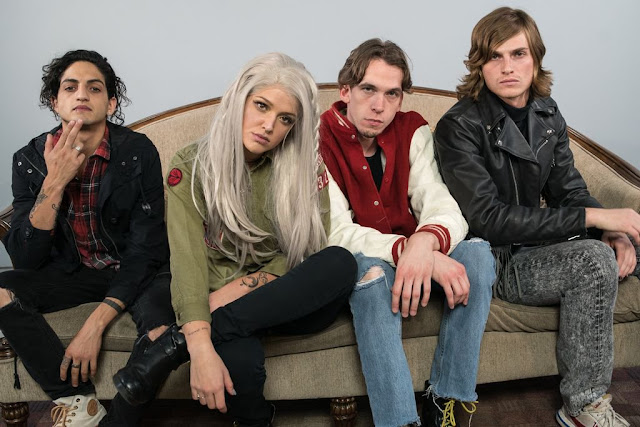 Their punk-inflamed guitars, inventive harmonic motion, trashy beats and raw vocals lay a foundation that’s as influenced by EDM and funk as it is by their scorching live performance. Their approach harks back to the New York punk / pop scene of the late 70’s, but brings a modernity of sound that these new millennial tech-savvy creatives can lay claim to.

Despite rising label interest the band, who formed in late 2016, like to do things their own way and after scouting studios for free recording time and self-creating videos, these cult fashionistas are forging a free spirited DIY approach to their first releases.

Live, the band excite fans with turbulent and electrifying performances and with lots of new music, visuals and shows in the pipeline, The Nectars are one band not to be missed for 2018!

Listen to ‘Heaven’ below.