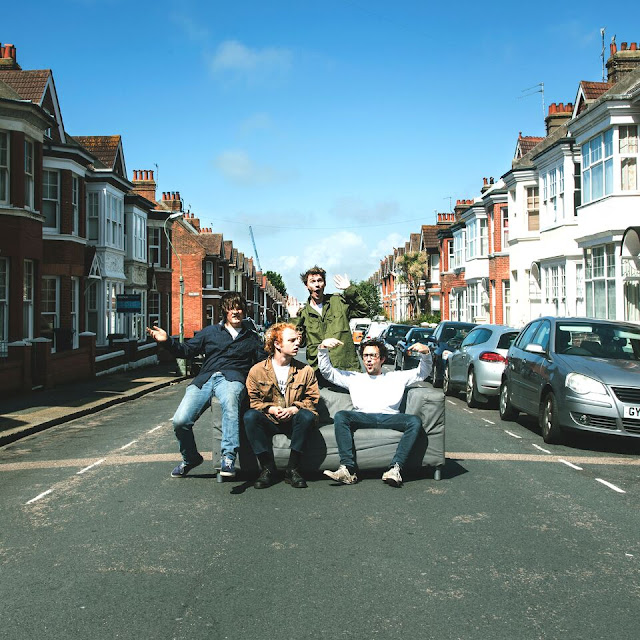 On releasing their new single, ‘Pressure From Above’, Amsterdam quartet Canshaker Pi propel themselves into the sounds of legends before them. Along with the release of the new single on November 3rd via RIP Records, they are set to begin a UK tour, including dates supporting The Cribs in London, Manchester, Glasgow, and Leeds.
Canshaker Pi quickly became Holland’s buzziest band after releasing their self titled debut-album last.  The record, produced by Pavement’s Stephen Malkmus, led them to play every major festival in The Netherlands and led to their first European tour. Alongside Pavement’s Scott Kannberg (Spiral Stairs) the band toured 15 countries and played 27 shows this fall.
The single is part of the ‘RIP Introduces’ Series and will be released on 12″ in December. The series started in January and has already
Dutch four­piece Canshaker Pi have premiered their new video for Pressure From Above’ at CLASH where it was described as ‘an off piste celebration of slacker thrills with a wry line in self­deprecation’. The single premiered previously at DIY where the band was described as ‘an off kilter delight’. Canshaker Pi begin their UK live dates this week including four shows in support of The Cribs across the UK.
“We made this video with our dear friend Hache on a rainy Saturday night in Amsterdam. The green screen gives the video a surreal element ­ that fits the song perfectly.” ­ says Willem Smit, singer and guitarist in Canshaker Pi, on the new video.