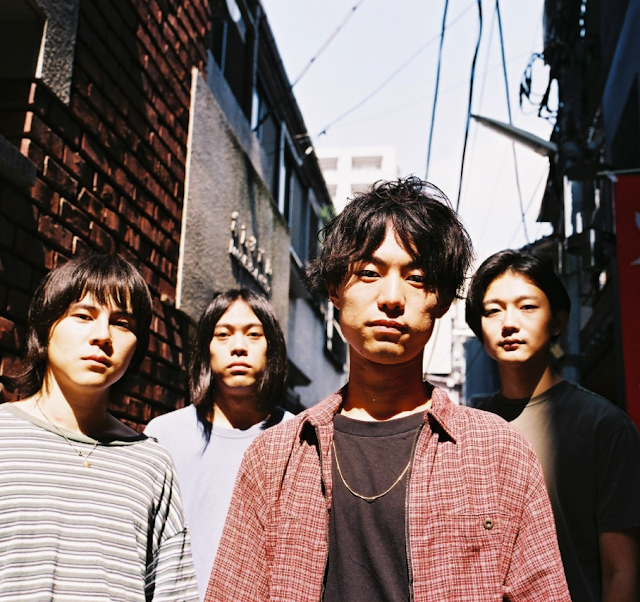 Tokyo-based indie rockers DYGL (pronounced day-glow) have been turning heads with their new single and B-side, ‘Let it Sway/ Let It Out.’ Produced by The Strokes’ guitarist Albert Hammond Jr and The Strokes’ producer Gus Oberg, the tracks have gained  serious momentum.

Nobuki Akiyama (vocal & guitar), Kohei Kamoto (drums), Yotaro Kachi (bass), and Yosuke Shimonaka (guitar), have had a colourful touring schedule, and have shared stages with some big names:  Bjork, Aphex Twin, The Gorillaz, The XX, and Lorde to name a few.  What started out as a bassless 3-piece, went on to rack up over 1.2 million Youtube views and 70 thousand Soundcloud plays, two EP’s and a 7” record.

DYGL’s atmospheric indie rock sound borrows from the likes The Strokes, The Cribs, The Libertines, Arctic Monkeys, and The Smiths, and they have honed their skills to combine the factors that influence their love for indie-rock, including sound, style, and scale.

Speaking of the track they say: “Some things feel like a waste of time in the beginning, but it’s important to keep at it. You can’t rest when you want to make music. Never rest your hands!”