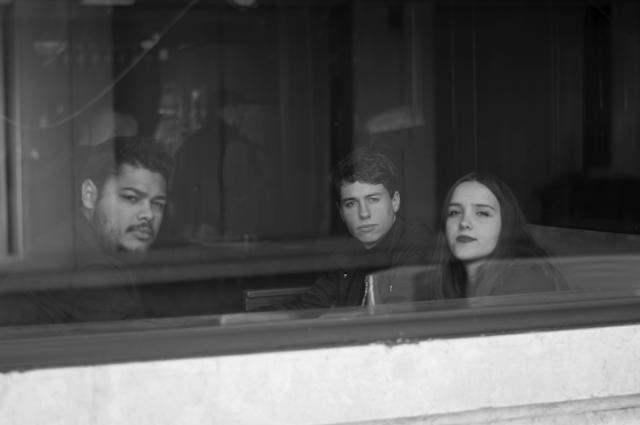 Following the release of their debut LP ‘Homebound 456’ in March this year, Lisbon indie-pop trio Vaarwell have highlighted another single from the record, ‘I Never Leave, I Never Go’, in the form of an official live session also accompanied by a haunting rendition of Radiohead’s ‘Exit Music (For A Film)’.

Vaarwell studied together in the same music production class at art school and since their formation in 2014 have gone from strength to strength. A debut EP ‘Love and Forgiveness’ caught the attention of notable blogs such as Crack in The Road and Stereogum, before the debut LP received repeat spins from Huw Stephens on BBC Radio 1. Louder Than War described… “a glossy, clinical, angelic album that is an absolute delight from first listen to the latest”. A list of live dates has also just been announced across their home country, notably at Festival Aciprestes on 5th October and Cineteatro Alba on 19th October.

Vaarwell’s name originates from the word ‘vaarwel’, meaning ‘farewell’ in Dutch. However, with this gem of a new single and tour dates on the horizon, it will be a long time before we bid farewell to this invigorating Portuguese trio.