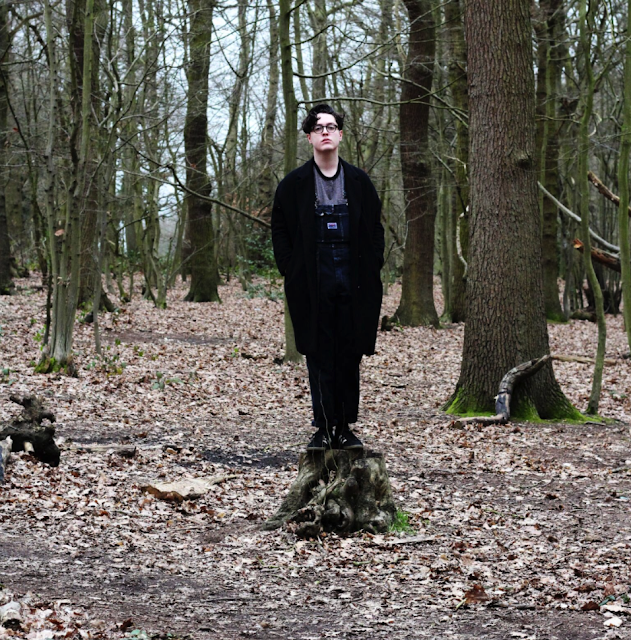 It is the solid foundation of previously being the songwriter of two well supported bands, that allows Jones to take this step up as Mr Yolk. His songwriting talents in Velvet Morning and Rocket Ship TV, have had significant attention from the likes of NME, DIY, Noisey and more, but Jones looks away from these with the intent of a more concise, focused set of songs for the upcoming album ‘Self-Portrait’.  In Samuel’s words, “When I started recording, I made the conscious decision to use fewer effects than I have done in other bands prior to this one. I wanted to make something that was a bit more concise in its rhythm and hiding behind less of those effects. When you have complete control during the construction of a song and your thoughts get re-affirmed through it, it is a really cool feeling.”
After fine tuning his skills in the world of psychedelia to a tee, he now looks to develop these ideas further, using more industrial sounds from influences such as Wire, The Fall, White Fence, The Make Up and Country Teasers. The resulting creation intertwines both fields to create a style not quite definable except that it contains Jones’ idiosyncratic songwriting flairs. “I recorded Self Portrait basically travelling up to Peckham and back constantly throughout the year on my own. A few members of my band would pop in occasionally but in a recording environment, I prefer to be alone. It is a personal thing for me ya know. My own sense of humour and views and in some cases vulnerability are on display. I don’t see how you can express those things in a completely diplomatic or democratic way you know?”.
Mr Yolk was born out of a frustrated maker and his intent to represent the importance of humour and art in music without restriction. Whether he is projecting dance, psychedelia, raw rock’n’roll or pure sexuality…he is happy to be the provocateur. In a partnership with their beloved label, Southend Records, Mr Yolk will release ‘Self-Portrait’ on the 27th of October 2017.