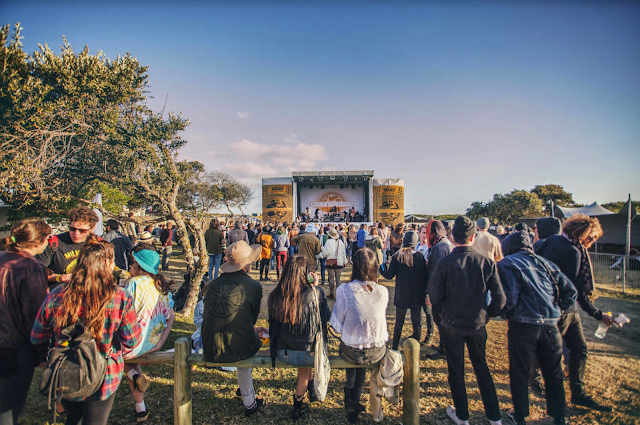 Psych Night & VANS present Endless Daze Festival, which will take place at Silwerstroom Resort (45 minutes up the West Coast from Cape Town, South Africa) between 3 – 5 November 2017.
With the full lineup released, Endless Daze has solidified itself as a not-to-be-missed festival of musical bliss. The Psych Night team have tirelessly worked at a bill that balances the scales of subtlety, boldness and pure marvel. As a whole, the nearly 30 acts, 3 of which are internationals, form a unique composition that is sure to deliver an experience built on the beaming success of the festival’s debut last year.
International headliners Oh Sees (USA) and Moon Duo (USA) have already got fans wriggling with excitement. New additions to the bill, including the historical BLK JKS, along with a plethora of other top quality local acts has elevated the festival’s presence as a carefully crafted and well-poised music showcase of South Africa and abroad.
FINAL LINE-UP: 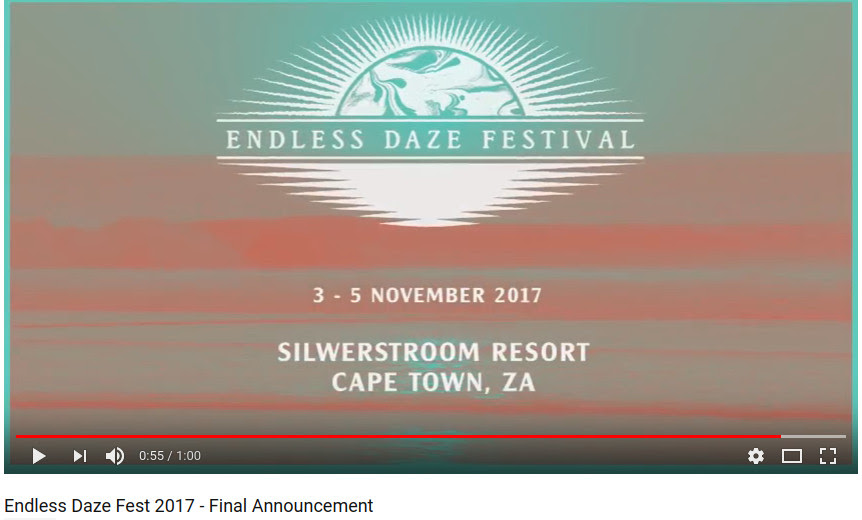 Have a look at the final line-up video here.
WHO IS PSYCH NIGHT?
Endless Daze Festival is the brainchild of Psych Night, a group of five like-minded music lovers from Cape Town, South Africa.
Launched last year, Endless Daze grew from over four years of smaller and indoor-venue events that were organized by a group of friends looking to foster a music culture in the Cape Town, that hadn’t quite gotten there yet. This formed Psych Night, which has been supported by Vans South Africa from the get-go, whom has thrown a mountain of support behind the vision. Collectively Psych Night and Vans have toured six international acts through SA, namely: Night Beats (2013), Golden Animals (2014), Allah-Las (2015), The Black Lips (2015), Froth (2016) and The KVB (2016).
The beauty of Psych Night is that it has targeted a music scene (for lack of better words) that essentially sits under a Neo-Psych Rock umbrella. This opens up a wide and beautiful array of playing styles, sounds, experimentation, unique interpretations, colour and musical form: envision Woodstock-era now and you have Endless DazeFestival. The team prides itself on delivering a safe, fun and beautiful environment for people to come together and celebrate good musicand the great outdoors.
THE VENUE:
The festival is set in near-sanctuary beauty, on the West Coast of the Cape atSilwerstroom Resort. Camping sites are spacious and lush. For those scarred by the toilet ‘experience’ at most festivals, fear not: the site is kitted out with newly built andvast ablution facilities. For those looking to wind-down from the thrill of things, you may find yourself stretched out on the beach while watching the sun set over the sea. 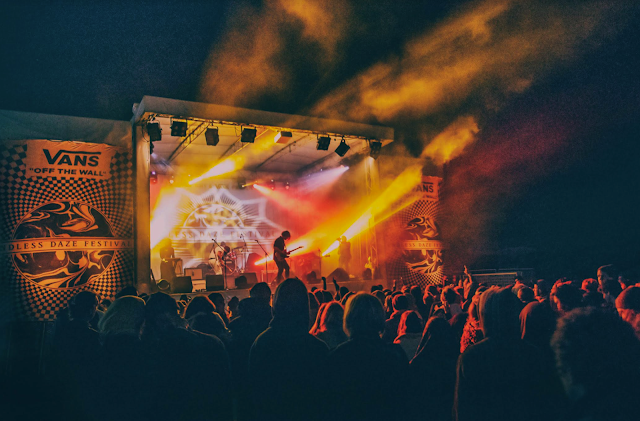 Last year’s Endless Daze Festival (photo credit: Laura McCullagh for Texx and the City)
There will be numerous activations on site from partner brands, which will provide festivalgoers with entertainment and tastefully set areas to relax and engage in a range of activities. The organisers have also spent a lot of effort on pushing every quality of the festival, including food. Expect a delicious selection from health to indulgence. The festival is also fully licensed and will be serving ice-cold beers provided by Newlands Spring Brewery, along with a range of spirits and soft drinks.
Endless Daze Festival 2017 has everything on the books to deliver a world–class event. The organisers have also fixed it at a 2000 person attendance; in order to maintain the freedom, fun and quality that comes with a small-scale outdoor event. So, avoid disappointment and don’t wait to long to book that ticket!
A big thank you to Vans SA. Without their continuous and full-fledged support, EndlessDaze would be impossible.
MORE INFORMATION
Event Name: Endless Daze Festival
Venue: Silwerstroom Resort
Physical Address: Silwerstroom Resort, West Coast
Date: 3 – 5 November 2017
Ticket price: R 600
Tickets can be bought here: http://psychnight.nutickets.co
Facebook event: https://www.facebook.com/events/1507927682614696/
Website: http://endlessdazefest.com/
Contact: [email protected]
SOCIAL MEDIA LINKS
Official Hashtag: #EndlessDaze2017
Website: http://endlessdazefest.com/
Facebook: https://www.facebook.com/PsychNight/
Facebook event: https://www.facebook.com/events/1507927682614696/
Instagram: https://www.instagram.com/psych_night/
General information: [email protected]