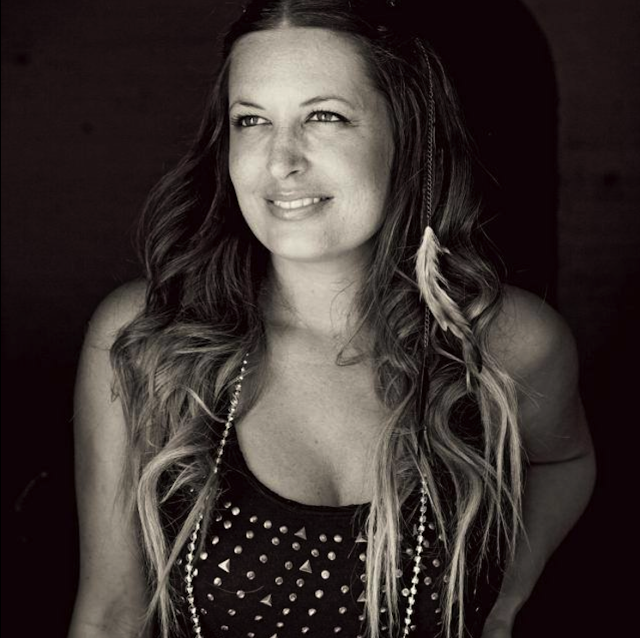 Capetonian indie-folk songstress Fiona Hare, also known as The Wylde, recently performed an acoustic set of her album Keep Me Wild  in the intimate setting of Events at Nirvana.

Events at Nirvana is the collaborative brainchild of Nathan Roebert and Pamela Tosh (better known as IndiPam) who have turned Nathan’s quirky home in Cape Town, South Africa into a venue for gigs, workshops, retreats and art exhibitions – with a focus on showcasing both local and international talent. Citing the venture as “alternative living,” Nathan saw a need to provide artists with a homely setting wherein they are able to interact with their audience on a personal level, and celebrate a spirit of togetherness that is often inaccessible at large venues. Thus, ‘Events At Nirvana’ was born – a location where both artist and attendees engage in the ethos of collaboration.

Fiona opened the launch of ‘Soiree at Nirvana,’ – set to become a regular occasion at the venue. Capetonian born and bred, she has long been lulling audiences into subservience with her velveteen vocals and idiosyncratic blend of dark folktronica. Raised in a musical family (her father is a violinist, her mother a pianist) Fiona has crafted her soundscape to resonate beyond the music, inviting the audience to understand where she finds inspiration.  While many artists indulge in the allure of mystery, Fiona summons the listener to her subconscious both sonically and lyrically – to see, hear and feel the workings of her mind.


Set the tone for us. How would you describe your sound?
Indie Folk Rock

A few of your tracks were featured in the gritty erotic-thriller ‘A Girl From Nowhere.’ How did the use of your music as a visual aid to a film compare to the original idea of the tracks when they were written?
Mark the director of the movie ‘Girl from Nowhere’ fell in love with my music and used it so perfectly to wrap around and weave together with his movie. Mark has known me for a long time since my early 20’s when we used to be neighbours in Tamboerskloof where I used to sit on his floor and play songs to him, so he’s got a good representation and feel of my music. I watched the first cut of the movie before I allowed them to be used. The songs used were Black Dog, This is the Thing and Galilee. It was amazing to watch them and hear them on screen.


Take us through your songwriting process. Are there any particular steps you take when putting music together?
There is no process, it just comes, and you’d better have a pen and paper, and guitar ready to get it down, or voice note on your phone!

What gets your creative juices flowing?
The highs and lows: heartbreak, sadness, love, the plight of our country, people.

What do you personally consider to be the incisive moments in your artistic career?
Consistency. Keeping at something, the long nights, the lonely gigs, dragging your PA sound system around, setting it up on your own, playing when you don’t feel like it. Keeping at it. Don’t let anybody fool you, being a musician is hard. It’s lonely. It’s not glamorous, It’s hard work. If I had kids I’d let them keep it as a hobby, not a career. I’ve kept it as a hobby for that reason. You burn out.

David Bowie is quoted as saying “It makes me so angry that people concentrate on lyrics. It implies there’s no message in the music itself.” What are your thoughts on this statement? Music or lyrics?
Music and lyrics both, obviously both. There are times when lyrics are not needed. I listen to alot of West African music. You don’t need to understand the lyrics to understand the music, what they are saying, you feel through the music.

What is the most memorable response you have had to your music?
Tears.

If you had to choose between never playing live again, or never being able to release music again… Which would you go for, and why?
I will always want to play live. Of course. This is my own healing. And hopefully the healing of others sometimes. Live music all the way.

You recently released your album Keep Me Wild for download free of charge. In your experience, how has online music sharing changed the industry?
Online music has changed the industry totally – it’s had a devastating effect on musicians. Musicians these days find it difficult to make money out of their music online, as you can get it for free or just stream it and so the way you make music now is off your shows and touring. Most musicians now have day jobs these days to support their art form. I have my music on itunes and did sell it but I don’t need to make money off it anymore, I would rather have people listen to it and connect to it and have my music so I made the conscious decision to give it away recently. It freed me up. It was really liberating. And amazing things came out of it. I was free.

Breakdown the news for us: what can we expect from you in the near future?
I’ve been a solo musician all my life, I’d like to collaberate.
And release a second album //

One reply on “Interview // We catch up with The Wylde”