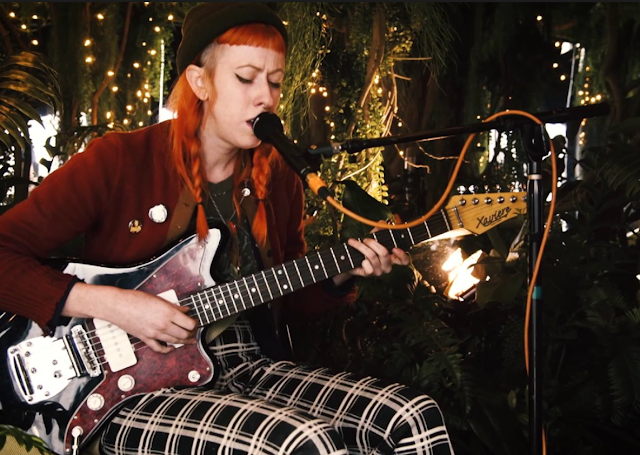 Following her debut solo-album All This Life Going Down and her second full-length album for 2017 Shannon Lay has announced the release of her Living Water album. The album was released September 22nd via Mare Records – a label specifically started by Kevin Morby for Shannon.

Guitarist for a garage-punk band Shannon embarked on a solo career with a completely different feel to the fiery intensity that is Feels. A toned down and soulful Shannon boasts mellow guitar picking and elegant vocals in Living Water. In support of the album’s release, she has dropped 3 singles; ‘The Moon’s Detriment’, ‘Coast’ and ‘Recording 15.’

She said of her solo releases: “I really loved recording All This Life Going Down, but it was a very timid experience for me. I was new [to working alone], and I feel like on that record, I’m almost whispering.” On Living Water, “I’m really projecting in a different way, and saying a lot more. I wanted to make a statement with this record and affect people in a different way.”

With her next record already in progress, have a listen to ‘The Moon’s Detriment’ while you wait – it won’t be long now: