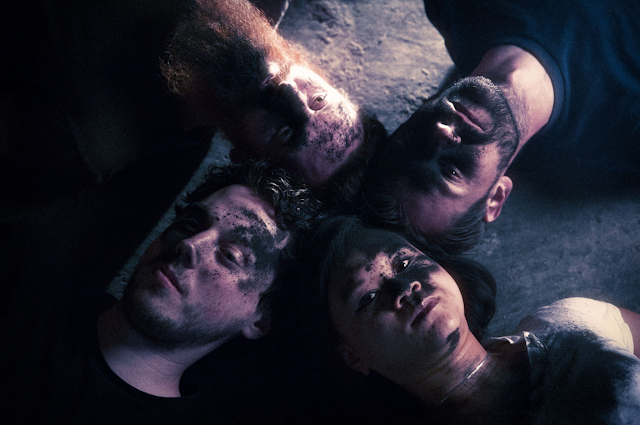 Bristol-based JILK have released their new album Joy In The End via Project Mooncircle. Amassing an assorted collection of praise from influencers such as  Red Bull Music, DJ Mag, XLR8R and Clash Mag, their music is receiving great traction from significant platforms, including BBC Radio 1’s George Fitzgerald and BBC 6 MUSIC’s Gilles Peterson. Following on from their EP In Need Of Tess, Joy In The End comes out worldwide on limited handmade postcards (including a download code) and digital on the 1st of September.

Band members Jonathan Worsley, Cags Diep, Terry Owen and Neil Gay have shared the ideation process every step of the way, releasing their most beautiful set of compositions yet. Through an apocalyptic narrative, the album explores themes of hope found in desolation and the eventual and inevitable cyclical return of loss and joy. An album for the current worrying times as well as the personal joys that can combat those worries.

Catch Jilk at their album launch on the 15th of September at ‘The Cube’ with Mesadorm and Kayla Painter.