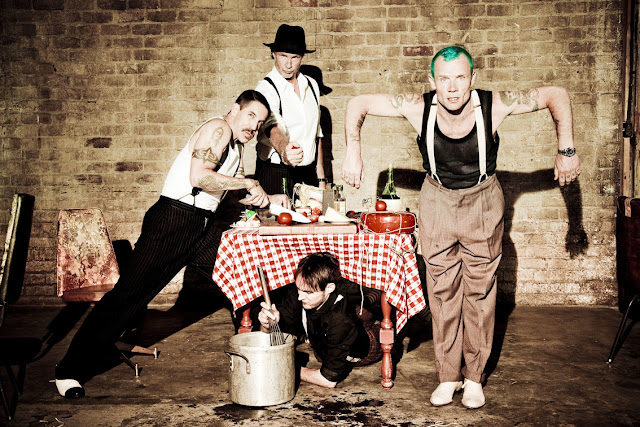 The music video was filmed during RHCP’s show in Austin, Texas on 4 April 2017, and released just over a month later. At the beginning of the video, you get the idea that there are two simultaneous storylines; one following a girl (Klara Kristin) on a night out with friends, and the other showing RHCP’s show. However, the two do intersect when she finds herself backstage at their show.

Despite seemingly having fun with friends, there are many scenes showing the girl’s unhappiness. This echoes the lyrics of the track, which narrate the life story of a girl who suffers with mental health issues, and deals with them in an unhealthy way by engaging in substance abuse. The man who is singing wants to help her, but doesn’t know how, and this leaves him feeling helpless, “Say goodbye my love, thought I could make you whole.”

They are currently on a world tour to promote The Getaway, so be sure to check if they are performing in your town. After over thirty years of performing and recording, RHCP have retained their high energy and fresh sound, making their latest album a must-have for all rock fans.