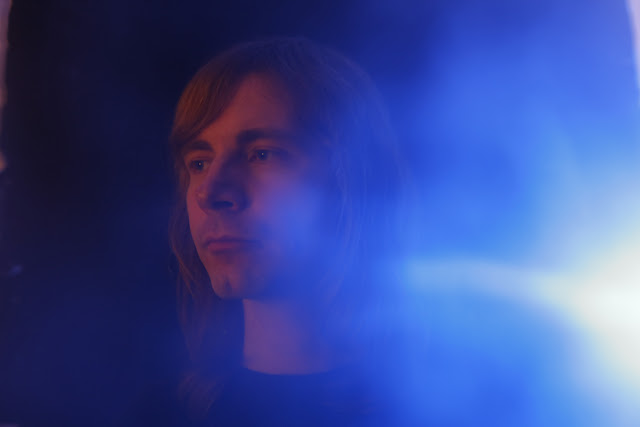 Multi-instrumentalist Andrew Sands will be releasing his eponymous debut EP, SANDS, through Shower Records on 13 March.
The talented musician traces his career back to the age of 13, where he first discovered artists such as Neil Young, The Smiths, Bowie, George Harrison and The Rolling Stones. He played drums and guitar in various bands and later became more intimately involved in recording and engineering.
These influences shine through on “Poison In You,” the first single from the album, which has been acclaimed for its dark, driving rhythms and grungy tone. The edgy lyrics are propelled by an insistent, intense beat, punctuated by punchy guitars reminiscent of Spiritualized, PJ Harvey, Type O’ Negative and Arcade Fire.
SANDS says of the EP: “Being a multi-instrumentalist, it was quite natural to kind of develop the idea of the arrangement at the same time as the songs flew, so I was eager to get in the studio and see how things came out. It was fun and exciting losing myself in the process of building the whole sound, as well making some room for experimenting and improvising. Sometimes is easier, other times it seems you have to struggle a bit.”
Described by Clash Magazine as an “instrumentalist who draws on the full spectrum of pop… able to handle everything from placid melody to ferociously avant garde ideals,” Sands recorded the release at 123 Studios in London with Brett Shaw, who has previously recorded artists such as Ghostpoet, Florence and the Machine, Daughter and Roisin Murphy.
We caught up with SANDS to learn a bit more about the new album…
Your list of influences reveals a strong set of real songwriters: Neil Young, David Bowie, Morrissey, etc… Do you think that lyrical content and true songwriting ambition is something that has, perhaps, been lacking from rock and electronic music in recent years?
I can say I definitely like songs that could stand alone just as lyrical pieces. I truly admire those who are capable of that, and try to be stepping into that way.Then, when the lyrics sit together with the music and go – boom! – and the picture is there, kind of a perfect match, well. that’s it for me. Whether that’s been lacking or not lately, in electronic or rock music… I don’t know, maybe. Although maybe not, I might’ve been missing something, which is very likely
What was it like recording with Brett Shaw at 123 Studios?
It was cool; in general it went down smoothly. I had a few guidelines to follow, so this kind of set a ‘flow’ to the sessions as they went on. This also gave us the chance to let the process of improvising in the studio drive us through the building of the tracks. With Brett being a drummer, too, we had a lot of fun doing that and finding the right tones.
Talk to us about a line from your new song, “Poison”, which goes ‘I’m shooting for kindness’ sake…’
It may be referring to things that are really annoying. I think it reflects a mood. I must have been really pissed off.
Finally, in a perfect world, where would Sands be one year from today?
In space.
SANDS is out on Shower Records on March 13th.
Here is the EP’s track list:
1. Poison In You
2. Let It Roll
3. Start Shakin’
4. Celebrate 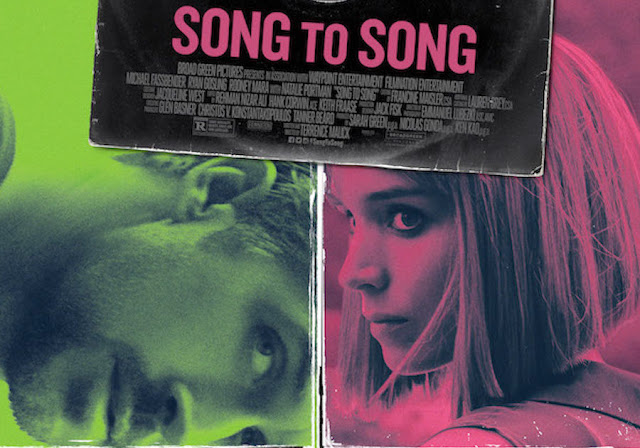 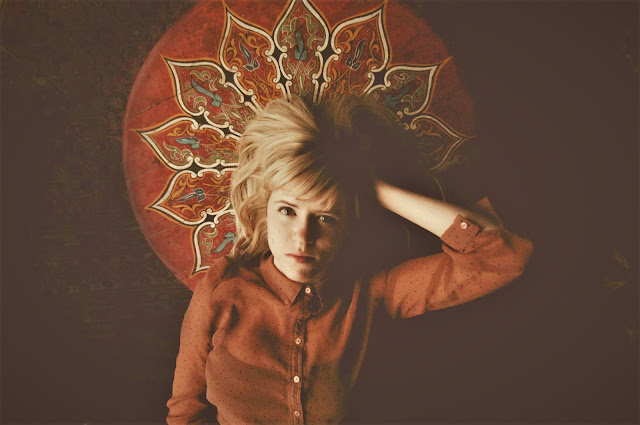 Annelotte de Graaf, a young Dutch musician who performs under the stage name Amber Arcades, is a bit of an enigma. Her self-funded debut album Fading Lines, an earnest indiepop offering that has reminded critics of Broadcast and Mazzy Star, was picked up by the prestigious UK label Heavenly Records last year, leading to a rush of interest and, ultimately, earning her a place as the leading support act for Grandaddy’s upcoming tour of the UK in March.

However, this rising talent keeps her feet firmly planted on the ground. A former UN aide, who is still ambitious about practicising immigration law in the near future, de Graaf brings a clear-eyed and deeply mature sense of perspective to her burgeoning musical career. In an interview published with The Line of Best Fit, she declared: “Times are different now, for bands starting out you need to have a day job.”

We caught up the talented, worldly and wise Amber Arcades to hear about her influences and inspirations, her songwriting process, and some fun times on tour with Nada Surf…

I was born, raised, and still live in Utrecht. It’s mostly a student city, so there’s a lot of young people here, but most are more like the ‘preppy’ student type and not really into music and culture. I wouldn’t say there’s a very tight-knit musical scene, at least not one that I feel a part of. I do have loads of friends here who also are musicians, but we all do very different things and don’t really collaborate that much. Also, the Netherlands is such a small country that I think scenes are more spread out through cities than that they are focused in one city. There’s a bunch of stuff going on in Amsterdam and Groningen that I feel more connected to than the stuff here in Utrecht.

Tell us a bit about how you got started.

I played in my first band in 2010 while on exchange for my law studies in Philadelphia. I ran into some folks who were starting a bluegrass band, and I’d just bought a mandolin, and so that’s how it all began. Back in the Netherlands I joined by boyfriend’s band and we started writing more music together, eventually starting a collaborative project. But when we broke up in 2012 the band kind of died with that, and I started writing more of my own stuff. The first songs I wrote for Amber Arcades were written on a study exchange again, this time in Istanbul, where I was doing a collaborative project between Dutch and Turkish musicians. The first Amber Arcades EP came out in 2013, and I just released my debut album [Fading Lines] last year in June.
Can you talk us through your composition and production process?

I just get lost in my thoughts most of the time, and melodies will come up. I’ll record those on my phone and play with them a bit more in my head, thinking of guitar parts, bass lines, etc. Then I record a demo of all these ideas, and work further from that with my band or with a producer.

What are your biggest musical influences? Are they all similar?

I really like a lot of 90s stuff like Stereolab, The Breeders, Broadcast, Yo La Tengo. Also My Bloody Valentine and Deerhunter, and some Americana/alt-country stuff. I don’t think these bands are very similar, but others might think they are.

What would you say is the best show or set you’ve done so far?

We did a show in Baltimore at the Ottobar last October that was absolutely amazing. We’d been on tour with Nada Surf for a month and this was the last show of that tour. The room was filled to the brim, we were really tight as a band from playing shows every day for that previous month, and we were exhausted but more like at that point where you become able to really not think for a second anymore about the performance,  and totally give in to it, instead. For the final song of the set (“Turning Light”) some members of Nada Surf and their crew joined us on stage (including their guitar tech, who’s a badass black metal guitarist), and we had the most epic jam to close out the set. Best times!
Any funny or memorable moments you remember from backstage or on tour?

When we toured with Nada Surf in the UK, the promoters on the first night gave us the most pathetic backstage and rider ever. Basically just five bottles of water, lying on the floor in a dusty and dark corner of the venue with no chairs or anything. After that it became a running gag that the Nada Surf guys would set up trails for us in the new venue every night, guiding us to the shittiest corner/dustiest broom closet they could find and putting a sign up saying “Amber Arcades Dressing Room.”

If you could support one act, dead or alive, who would it be?

Tell us something we didn’t know about you.

People usually find it interesting that I have a background in law and worked for the Dutch Immigration Service for some time, assessing refugees’ requests for family reunification. I plan to become a lawyer in immigration law in a couple of years’ time. Something tells me there will be lots of work thanks to the current political climate.

What’s next for Amber Arcades? What should fans be looking out for?

I’ve got a new EP with 5 songs coming out later this spring. And a tour with Grandaddy in March and April, which is going to be rad. 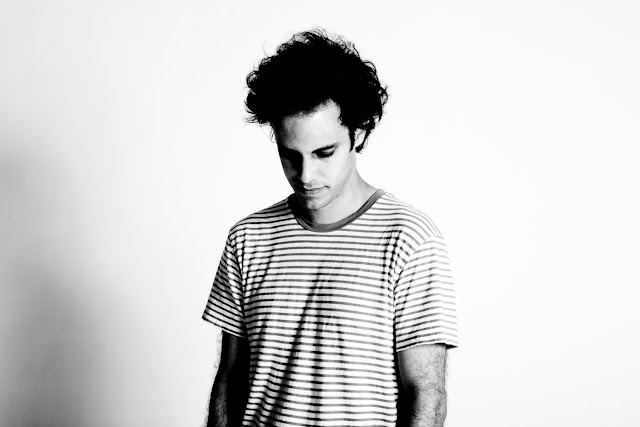 Legendary UK producer Four Tet (Kieran Hebden) has added his voice to the outpouring of international protest following Donald Trump’s recent immigration policy reforms.
Hebden posted a selection of songs on Spotify by artists hailing from the countries hit by Trump’s immigration ban, including tracks by musicians from Syria, Iraq, Iran, Libya, Somalia, Sudan and Yemen.
Hebden claims that his experience of producing Omar Souleyman’s 2013 Wenu Wenu album convinced him to speak out against Trump’s dictums: specifically, he says the fact of such a collaboration “not being allowed anymore” inspired the creation of the playlist.

Seems to be lots of love for this so have added more tracks today https://t.co/mjdsEzrMYg