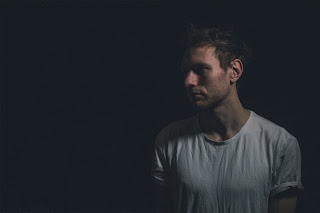 And the most beautiful song of 2015 goes to Novo Amor – ‘Anchor’! Inspired by the Gaelic folklore of the Selkie, ‘Anchor’ tells of a fisherman who saves a young girl from drowning. After recuperating back at the fisherman’s home the girl starts to physically deteriorate due to her distance from the sea, eventually having to be returned by the fisherman. The video is the perfect visual representation of a beautiful, yet fragile tale of waiting for someone’s return.

Novo Amor’s music shares the restless romanticism of US troubadours such as Bon Iver and Sufjan Stevens – but Lacey’s soulfulness and sincerity are uniquely his own.
With ‘Anchor’ being a taste of things to come in 2016, you can’t help be excited to see what more Novo Amor has in store.
Watch ‘Anchor’ below.