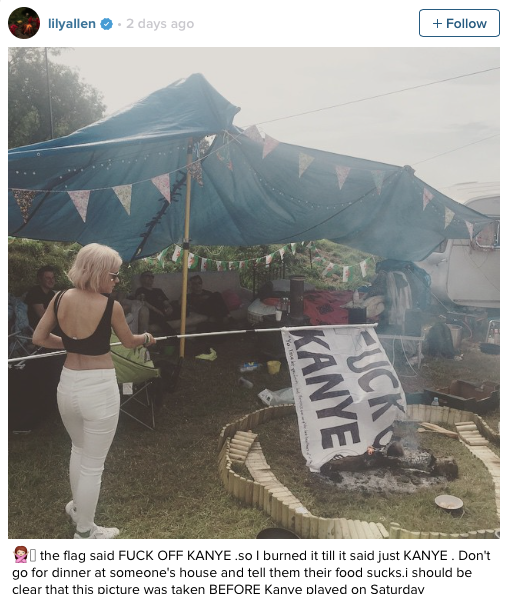 So basically, someone at Glastonbury was lording about with a fuck Kanye West flag at the weekend and somehow, Lily Allen got her hands on it. She was later filmed burning the flag until it just said “Kanye”. You go girl.
“Don’t go for dinner at someone’s house and tell them their food sucks.i should be clear that this picture was taken BEFORE Kanye played on Saturday,” she noted in the caption on Instagram. We totally agree.