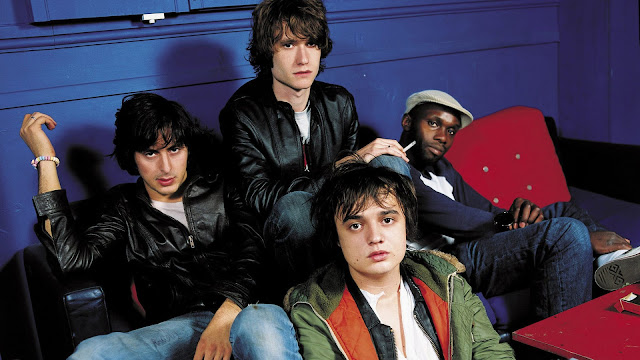 Good news for all us Libs fans! Finally, we’re getting somewhere. Now that our Peter is out of rehab and the boys have all stopped fighting, robbing each others flats an album is well on its way.

Doherty said that “there’s a miracle aspect to actually getting it done and all getting together to do it,” adding: “We’re all really proud of it”. Pete’s fellow singer and guitarist, Carl Barat echoed the sentiment, saying: “It’s staggering that we’ve got to the point where we’ve actually got an imminent release for the fucking Libertines. Are you kidding me? Honestly, I’m still kind of pinching myself. Is this really going to happen? It’s mental, but I guess it is.”

Revealing that there are synths on the album, as well as piano, bassist John Hassall joked: “We’ve gone progressive… No, don’t get scared. It’s still The Libertines, but it would be weird if we came back and just did exactly the same thing.”

Ahead of the album’s release, The Libertines have also been confirmed as the headliners for both T In The Park and the Reading And Leeds festivals this summer. 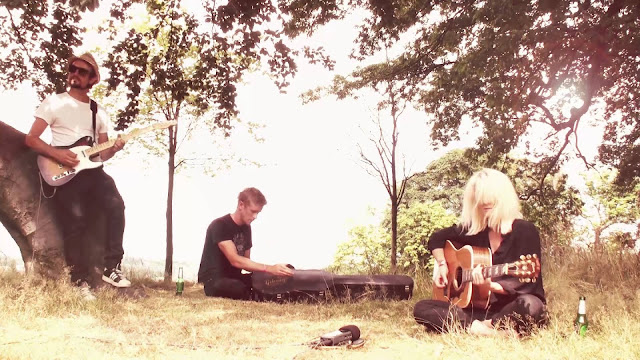 The lovely Auction For The Promise Club released their new track This May Hurt on Friday along with this intriguing video. Directed by Adam Taylor, the multi-dimensional, animated-visuals are both the product of and representative of the drive, determination and energy of the band. Shifting from a sincere mountainside performance to quirky graphics, This May Hurt is beautifully shot and evokes and an undeniable sense of freedom.
That strange bird character may be bordering on something that would pop up in a nightmare, but the track is pretty darn dreamy. Watch it below. 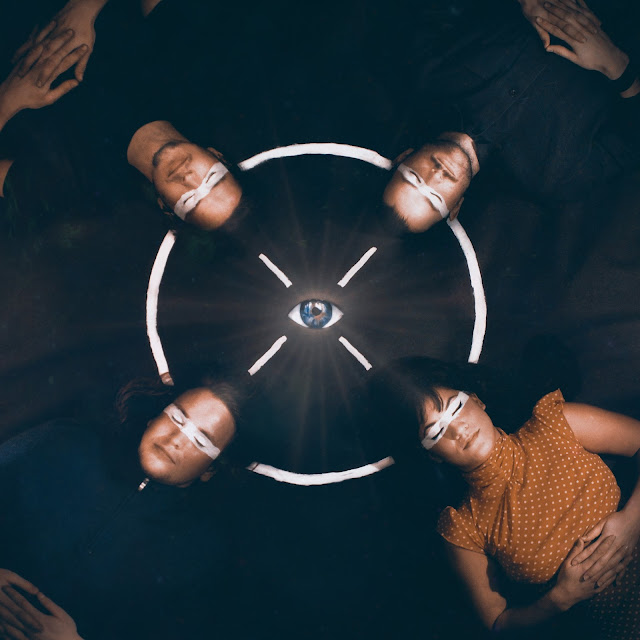 The Good The Bad The Indie caught sight of Jingo a few weeks back when we shared the live video of their new single A.D.D. We’ve had them on repeat ever since and have been compelled to get to know them a little better. Here’s a chat we had with Jack, the band’s lovely guitarist.

Hi Jingo! Why don’t you start by introducing yourselves? Who does what in the band?

Hey! Pleasure to meet you. So there’s myself (Jack) on guitar and back up vocals, my wife, Katie, on keys and also the lead vocalist, Joe on the drums and Chris on bass.

Can you tell us a little bit about the open mic night you guys ran together?

Well we started it soon after Katie moved here to London from Brooklyn having been inspired by a similar thing that she had helped to create over there. That was called Potion Collective and involved a weekly Monday open mic night at different people’s spaces (much like sofar sounds). I’ll go into more detail about that for the next question as that was a huge part of our Brooklyn DIY experience but the one we created in London followed the same blueprint. It is called Cable Street Electric and is run in a long cavern-esque room where we have our studio. The aim was to bring a community of musicians together for a free night where they could try out new ideas to a very warm, receptive audience. It was truly amazing and special for about 2 years but as is the case with anything good, it rarely lasts and I guess the magic of it just started to fade away. We still do it very occasionally for special situations but for at least 2 years it was every Monday night at our space.

You guys all met in Brooklyn, New York, which has an amazing DIY scene. How would you say that compares to London?

So as I said, we were involved in a collective of amazing musicians based in or around Mckibbin St in Bushwick. It was a massively inspiring time for myself and Joe who were out there on an adventure with a previous band of ours and its also where I met Katie, who was essentially the queen of the scene, haha. Everyone supported each other 100% and there was just DIY show after DIY show in all sorts of weird and wonderful spaces. It was a privilege to be considered part of such an exciting micro scene and something I have never come across in London. Perhaps it’s the British mentality to be a little more reserved whereas our American artist friends had that level of outgoingness that allowed them to experience greater things and collaborate more freely. 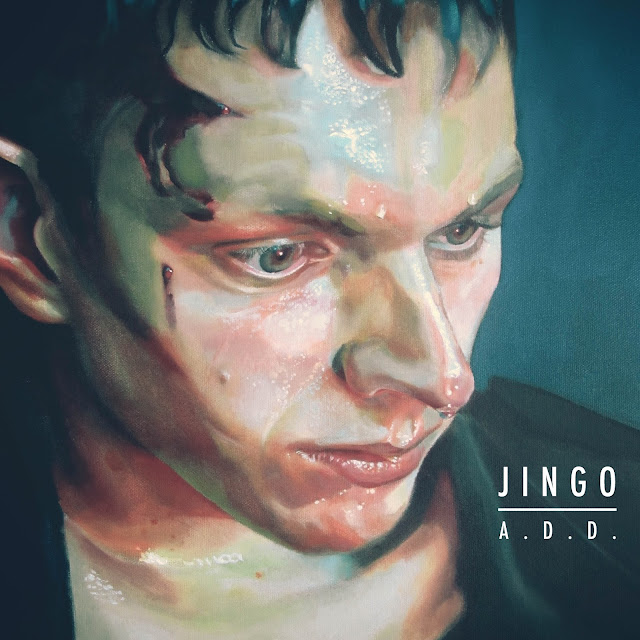 Do you have a favourite London based venue to play?

The Sebright arms in Bethnal Green is always a solid show but I think we will enjoy our next show at the Old St Pancras Church a lot. That’s for our single launch on June 11th and its such a stunning setting to play music. Come along, its our biggest show to date.

Obviously some of them go without saying, but are there any other festivals (big or small) in particular that you would love to play?

I mostly dream of playing festivals outside of the UK for one reason or another but I’d say Roskilde, Rock am Ring or Coachella would definitely be up there. There are so many great festivals in France, Belgium and Germany which we’d love to hit up and we’re slowly but steadily working on it by trying to get out there touring every 2 months or so.

Speaking of festivals, how was The Great Escape?! Did you get a chance to see any other bands while you were there? If so, who stood out for you?
Yes it was great but we couldn’t stay for very long so didn’t really get the whole experience. Perhaps next year? There were a whole bunch of bands I would have loved to see.

Who else are you listening to at the moment?

Katie and my favourite band at the moment are BRNS, a very, very good band from Belgium. Check them out! We love to listen to our friends and tourmates NOT BLOOD PAINT from Brooklyn too. Oh and BAILIFF from Chicago. I’m always bigging up those 3 bands, but they rock and thoroughly deserve it.

Do you guys have anything like gigs or releases coming up that we should be looking out for?

June 18th at Our Black Heart (London) with Birdeatsbaby and Death in Texas.

June 25th at our Warehouse Space (Cable St Electric) with You Said Strange.

Our next single ‘Ghost in the machine’ will also be out at the beginning of September shortly followed by the full EP. 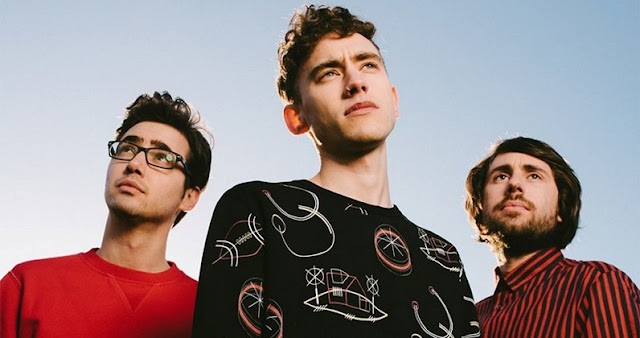 Ever since Years and Years first surfaced (and we first got a glimpse of Olly Alexander), The Good The Bad The Indie have been hooked. Fresh off the back of announcing full details of their debut album and a brand new single ‘Shine’, Years & Years are now sharing details of their biggest UK tour to date for October. Check out the dates and our personal favourite ‘Real’ below. 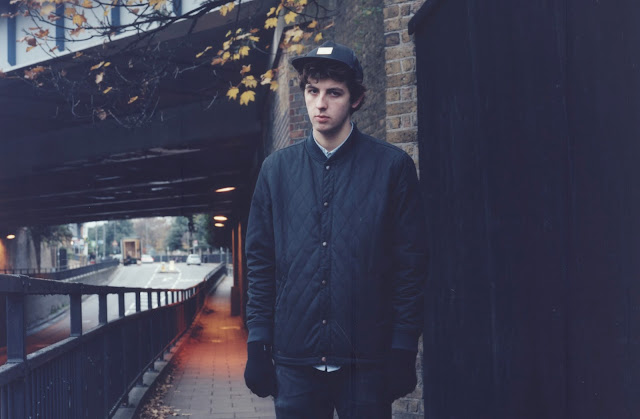 Everyone is raving about the new Jamie xx album which was very highly anticipated. Luckily, Young Turks have made it available to everyone. You can stream the whole album here on Spotify. Listen to Loud Places ft Romy below.