Skip to the content
The Killers’ Brandon Flowers has confirmed that he is to release a second solo album in 2015. As a follow up to 2010’s ‘Flamingo’, the record will be produced by Ariel Rechtshaid of Haim and Vampire Weekend fame.
The news comes following a recent headline slot for The Killers at V Festival, where the band provided some comic relief with a cover of Iggy Azalea’s ‘Fancy’ whilst drummer Ronnie Vannucci performed a moving interpretive dance.
News of the second solo album doesn’t spell death for The Killers, however. Speaking to NME, Flowers said “I wanna keep being in this band. I don’t think we’ll get too morbid about it, I think we wanna keep going.” – We want you to keep going too, guys. Cheers!
Check out the amazing cover of ‘Fancy’ below:

Scottish synthpop band Prides released their video for their latest single ‘I Should Know You Better’ yesterday. With an electronic sound not dissimilar to their compatriots Chvrches (who also rock), they add to it with a more traditional drum and guitar sound – and it works brilliantly. With an anthemic chant of ‘Well I know that we will live forever’ that would put William Wallace to shame the song builds to a climax at around 2:30, before ending with a melancholic a cappella outro. The track is accompanied by a video in which a headphone-wearing, picnic-loving half yeti half hipster is rather mercilessly stalked by a poacher.

I’m not entirely sure which is more brilliant – the song, or the fact that by the end of the video I was genuinely upset for our poor Shoreditch yeti.
Check it out below: 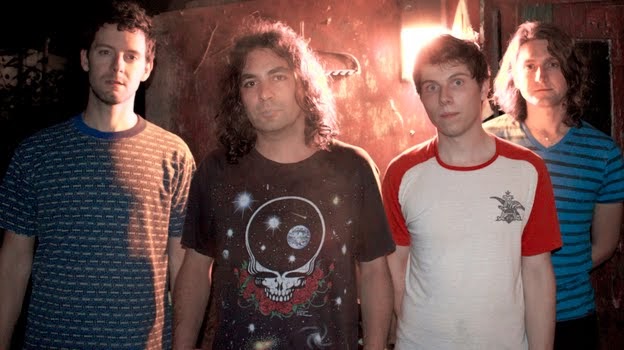 The War On Drugs unveil new video for “Under Pressure” from the album “Lost In The Dream”.  The video hosts an autumnal feel reminiscent of the album artwork and captures the sound of “Under Pressure” as the kaleidoscopic array of images mirror Granduciel’s dreamy vocals. Nostalgia seems to be an underlying theme, and seeing as “Lost In The Dream” was written about the inability to feel settled after touring, this seems just about right. The video is a perfect accompaniment as a hazy, isolated view on what it feels like to be coming home.